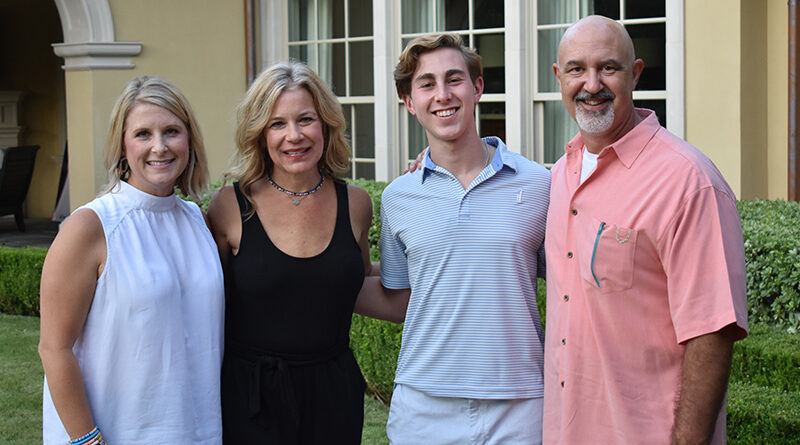 “I’ve lost several friends to cancer, and I know people who had cancer previously and come out in remission, which has been incredible,” he said. “I kind of wanted to give back in a way to show how thankful I am for those around me that have survived and for those who didn’t.”

After a friend was diagnosed with lymphoma, Weinstein got involved with Dallas nonprofit Heroes for Children. Weinstein began the teen board for HFC four years ago, serving two years as its president then became chair of the board’s Hospital Playroom program with Children’s Medical Center. He continues to serve in an ex-officio capacity.

After starting with 50 students, the teen board to about 150 members, and HFC honored Weinstein this fall with its Leader of the Year award. The awards ceremony was held virtually.

“We sort of build a sense of normalcy they seldom get, which is the overall message of Heroes in general.”

“It was certainly a different experience,” Weinstein said. “Normally I would be giving an address in a ballroom.”

HFC’s financial programs help families with medical bills, and its social programs aim to give families a day away from the stress and worry of cancer care.

“We sort of build a sense of normalcy they seldom get, which is the overall message of Heroes in general,” Weinstein said.

Teen board volunteers work on such programs as Holiday Heroes, a Valentine’s Dinner, Spring Fling party, and Movie Day.

“There’s a playroom at our local children’s hospital here where the kids who are battling cancer (can) go play Xbox and (have) lots of different choices,” Weinstein said.

Heroes For Children has raised donations by partnering with sports teams such as the Dallas Mavericks and Dallas Cowboys and conducting an annual auction in cooperation with designer stores.

“It’s amazing, and anyone can get involved in the auction, and (it’s) a good way for the organization to get revenue and overall donations,” Weinstein said. “I would say the city of Dallas and Texas at large has been incredibly helpful for growing this organization, and it’s only going to continue to grow even larger.”

Help Be a Hero This Valentine’s Day