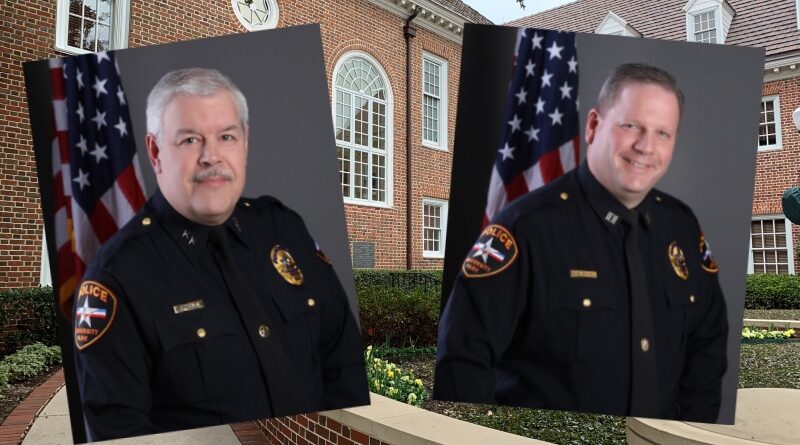 After more than 16 years with the city of University Park and more than 35 years in law enforcement, police chief Greg Spradlin is retiring.

Spradlin began his law enforcement career as a patrol officer in Texarkana, Texas in 1985, where he also worked as a K-9 officer and SWAT team member. His last assignment in Texarkana was to serve as a captain where he commanded the Operations Division and also served as the assistant SWAT commander for a multi-agency metro SWAT team.

After 19 years in Texarkana, Spradlin joined the city of University Park in 2004. During his tenure, he served as a supervisor in the patrol and criminal investigation divisions, and later was promoted to captain overseeing both the operations and services divisions before he was appointed Chief in November 2013. Spradlin has degrees in criminal justice and management as well as various professional certifications, and is also a graduate of the FBI National Academy in Quantico, Virginia.

During his tenure at University Park, Spradlin oversaw the implementation of a motorcycle unit in 2018, worked with the Highland Park Independent School District to add additional school resource officers in 2020, oversaw the installation of fixed license plate readers at several intersections around the city, and the creation of three new police dispatch positions.

“While we are sad to see Chief Spradlin go, we will be forever grateful for his commitment to keeping our community safe and secure.” City Manager Robbie Corder said in a statement, “We are excited for his new journey and we hope it includes more time spent practicing his talents of landscape, nature and wildlife photography, and spending more time with his wife, Mary, his two grown sons and two granddaughters.”

The city selected Assistant Chief Bill Mathes as its new chief of police. Mathes was sworn in Dec. 15.

“With his years of demonstrated excellence, his top to bottom knowledge of the department, his steady-handed approach to policing, and his complete understanding of our community and our various partnerships, I believe Chief Mathes is the right person to lead the department forward,”  Corder said.

As assistant chief of the operations division, Mathes oversees four patrol sergeants and 19 patrol officers. His supervision extends, through a lieutenant, to a three-person criminal investigation division and a three-person traffic section, which works problem areas and major accidents.

Mathes holds a bachelor of arts degree in history from Vanderbilt University, a master of science degree in criminal justice from the University of Cincinnati and a master of business administration from the University of Texas at Dallas. He’s also a graduate of the FBI National Academy, and his certifications include advanced police officer, master police officer, and Texas Commission on Law Enforcement Training.

“I am deeply honored to have been selected to lead the men and women of the University Park Police Department as chief of police. These are people of strong character and integrity. I look forward to working with them as we continue to provide a high level of service to all who come to University Park to live, work, and visit,” Mathes said.

Mathes and his wife, Kristie, have three grown children.