The burglar entered the homes through smashed windows and only property was claimed missing from one of the homes.

Between noon and 2 p.m., the burglar stole a $250 pair of Tory Burch sunglasses, a $200 baby monitor, and a $50 scarf from a house in the 8500 block. The woman believes she scared the burglar away when she came home with her baby.

The other two houses had nothing reported stolen but one reported their back window was smashed with a brick between 8 a.m. and 2:30 p.m. and that there were footprints in the home and a scarf found outside near the broken window. 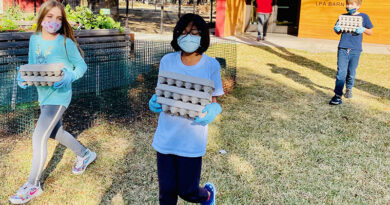