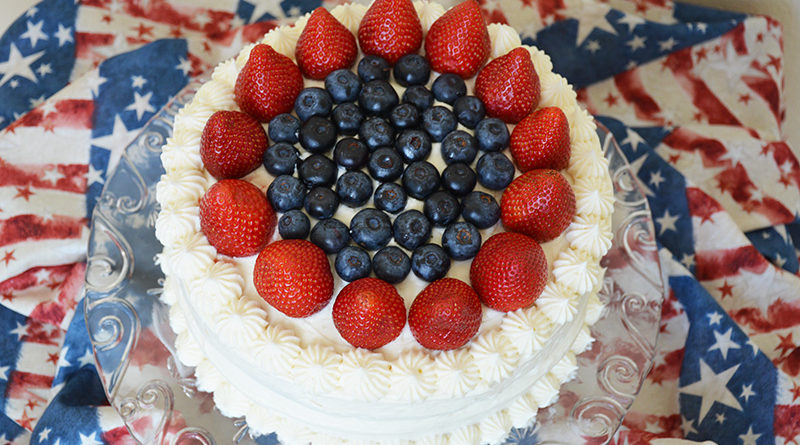 My family moved every few years while I was growing up, so my memories of July Fourth celebrations vary according to where we lived at the time.

In the early years, we gathered with aunts, uncles, and cousins at my Grandmother Kathryn’s home in Pittsburgh. I recall images of grilled burgers, a large watermelon floating in a tin bucket of icy water, Grandmom’s freezer stocked with banana, cherry, and blue raspberry popsicles, and flying almost to the sky on the swing set in the park.

In my early teens, my parents purchased a small, two-story shingled summerhouse on Cape Cod. From mid-June until early September, we summered at the beach and celebrated each Independence Day with the family next door. Between their three kids and our four, July Fourth kicked off with swimming and picnics at Old Silver Beach and ended with a two-family backyard cookout, games of hide-and-seek, and dashes through our yards with sparklers.

What these two very different childhood scenarios have in common is a sense of family and tradition. Nowhere are these qualities more evident than the annual Park Cities Parade and Picnic. Winding through the streets of Highland Park and University Park, it’s a grand celebration of family, neighbors, community, and patriotism. Following the parade, many families will return to their homes for an old-fashioned backyard barbecue. Tables laden with chilled salads of every description, deviled eggs, hot-off-the-grill favorites, bean casseroles, and ice-cold lemonade will be the order of the day.

For a memorable grand finale, my Red, White, and Blue Layer Cake is a showstopper. This beautiful two-layer confection, iced in fluffy buttercream, is garnished with a patriotic motif of fresh blueberries and strawberries. A generous jolt of ruby-red, cherry preserves hidden between the layers provides a tangy counterpoint to the tender vanilla cake and sweet buttercream frosting. Use heavy whipping cream instead of milk in this frosting for an extra fluffy texture that’s positively sublime. Directions:
Preheat the oven to 350 degrees. In a medium bowl, stir together flour, baking powder, and salt; set it aside.

In the large bowl of an electric mixer, cream butter and sugar until they are light, about 8 minutes. Add eggs, one at a time, beating well after each addition. Gradually add the flour mixture to the butter mixture, alternately with the milk, beating to form a thick batter. Stir in vanilla.

Grease and flour two 9-inch round cake pans, divide the batter between the two pans, and bake 25 to 28 minutes, or until a cake tester inserted into the center of the cakes comes out clean. Remove them from the oven and cool 20 minutes. Remove cakes from the pans and cool completely on a wire rack.

Place the bottom cake layer on a serving plate and spread the top with frosting. Spoon 1 cup frosting into a cake decorating bag fitted with a large round tube, pipe a bead of frosting around the outer edge of the cake, and fill the center with cherry preserves, spreading it just to the edge. Place the remaining cake layer on top, frost the sides of the cake, then the top, reserving enough frosting for garnish.

Spoon the remaining frosting into a cake decorator bag fitted with a large star tube. Pipe stars around the outer edge of the top layer and around the lower edge of the cake. Decorate the top of the cake with a ring of strawberries and fill the center with blueberries. Chill several hours or overnight. 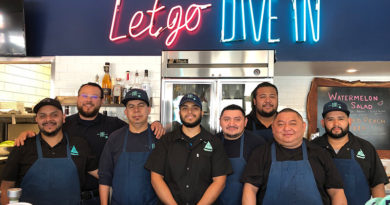 Dive Into A Young Chef’s Light 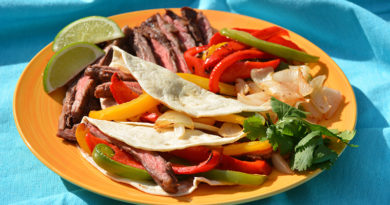 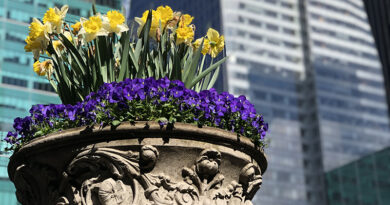