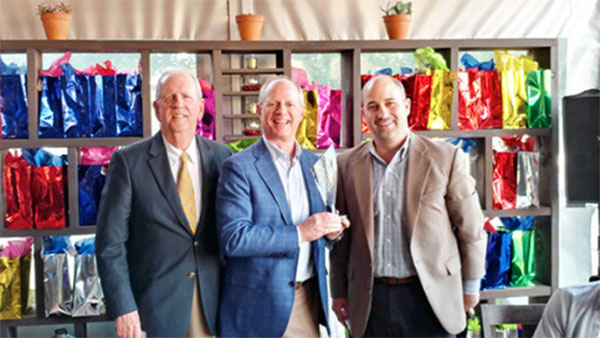 The Moody Family YMCA has awarded John Reniger the 2018 Charles E. Seay Outstanding Leadership Award. The Seay Award is given annually, since 1990, in recognition and appreciation of volunteers who have demonstrated distinguished service and exemplified the purpose and ideals of the YMCA.

Charles E. Seay served on the Park Cities YMCA Board of Management, contributed financial resources, as well as provided leadership to capital and annual support campaigns, and raised countless dollars for the YMCA.

This year’s recipient of the Charles E. Seay Award emulates these same high standards. Reniger has been one of the YMCA’s outstanding leaders, dedicated to serving the children, adults, families and community of the Park Cities, and has been involved with the YMCA for many years through work as a volunteer, on the board and in the programs of the Y.

Reniger was born and raised in East Lansing, Michigan where he first got involved in swimming and worked as a lifeguard and swim instructor. While in high school, he swam for his school team.  He graduated cum laude from Miami University Ohio with Bachelor’s Degrees in both Accounting and Finance, where he received a KPMG Accounting internship.  He is currently employed as a Senior Vice President with Wells Fargo Capital Finance and has been a resident of Park Cities since 1993.  A Member of HPPC, he is married to his  wife, Christie and has one daughter, Lowrie, who is a 2014 graduated of Highland Park high school and is a senior at the University of Kansas.

Reniger’s service with the YMCA ranges from his program involvement as a leader in the Indian Princess program to helping establish the initial girls’ volleyball program in 2005 to working as an intern with the Dallas Association.  He chaired the Annual Campaign in 2010 meeting funding goal and reaching the highest level of member giving in the Association. 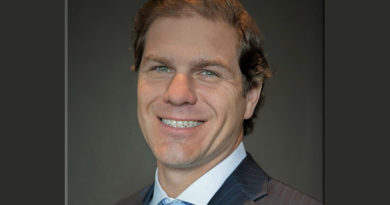