Curt Hazelbaker likes to get his exercise at all of his area YMCAs and enjoys it when no one recognizes him.

Such visits let him see firsthand what his locations are doing well, and where they can improve.

That attention to detail has brought him up the YMCA ranks, first in Dallas and later in North Carolina.

“People still think we are just a place to swim, and a place to work out,” Hazelbaker said, noting the Y also offers social opportunities, educational services, and wellness programs such as diabetes prevention and Livestrong for cancer survivors.

He considers communal activities, such as seniors having coffee together after morning workouts or making new friends on the treadmill, one of the Y’s most important services.

During his Y career, Hazelbaker has held almost every position, from summer camp counselor, afterschool counselor, and camp director to stints in the fitness center as a sports referee and painting the lines on athletic fields.

As a camp counselor at Town North YMCA on Lake Lewisville when he was 19, Hazelbaker led a new group of 6-year-old boys each week.

“A lot of these kids had never been out of the city,” Hazelbaker said. “Seeing their faces when [they] felt the mud between their toes, shooting BB guns, taking them out on the sailboat — just seeing those kids’ faces, who never had those opportunities, to experience that with them is what really sold me on the Y.”

Hazelbaker went on to become teen director, working with middle and high school students. He served as executive director of the Garland Y for three years before becoming the executive director and vice president of operations at Coppell.

In 2003, Hazelbaker moved to North Carolina, where he held several roles within the YMCA of Northwest North Carolina, most recently as president and CEO, and was described by a colleague as “one of the strongest Y leaders in the nation.”

“The impact of Curt’s leadership will be felt for years to come,” Potter said.

In Dallas, Hazelbaker will manage the annual giving campaign, raising funds to ensure that no one is turned away due to inability to pay, and look for opportunities to expand services.

He hopes to start Summer Learning Academies, a program offered in North Carolina. The five-week summer education camp is geared toward keeping students in kindergarten through third grade up to speed in school.

Many children from Title I schools fall behind during the summer, but Summer Learning Academies, focusing on reading and math, have kept on average 78-82 percent of their students at grade level, with some even progressing beyond, Hazelbaker said.

“If we can take these kids and give them the opportunity and show them [their] potential…they’ve got a chance to succeed,” Hazelbaker said. “I think it’s a great role the Y should take.”

When not working, he enjoys spending time with his wife of 28 years, Melody, and daughters, Maddie, 22, and Caroline, 19.

He also enjoys woodworking, fabricating furniture, and repurposing old doors and windows into something new.

Hazelbaker said one of the most rewarding aspects of the hobby, much like his new role with the YMCA, is to “envision what it could become.” 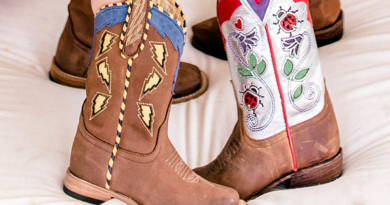 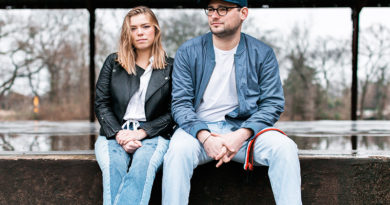 From The Park Cities, to Maine, to Nashville