Since 1990, the Seay Award has been given annually in recognition and appreciation of volunteers who have demonstrated distinguished service, and exemplified the purpose and ideals of the YMCA.

Seay served on the Park Cities YMCA board of management, contributed financial resources, and provided leadership to capital and annual support campaigns. Over the years, he raised countless dollars for the YMCA.

Crocker is a graduate of SMU and an active alumnus. He has been involved with the Y Adventure Guide program, and in 2017 he was given the Sam Winstead Volunteer of the Year award. He joined the Moody Family YMCA’s Board of Management in 2011 and was campaign chair in 2013.

Crocker was part of the search committee for the new executive director in 2016, and became chairman of the board of management that same year. YMCA executives credit his leadership for making the transition from Park Cities YMCA to the Moody Family YMCA successful.

Crocker continues his volunteer efforts throughout the community. He is active with the Boy Scouts, serving on the Eagle Scout review board for Troop 82. He has given his time to Bradfield Elementary School in the Dad’s Club and advisory board. Currently, he serves as chief marketing officer at Arcis Golf where he is responsible for strategy, execution, operations and culture. He has spent 12 years in the management consulting and advisory roles, and 14 years in multiple corporate leadership positions. 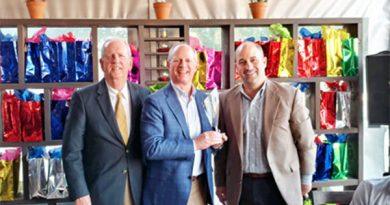 YMCA Teams up With Rise School of Dallas