During the investigation officers recovered all property stolen from homes in the 3200 block of Beverly Drive and 5000 block of Airline Drive in Highland Park, plus an AR15 assault-style rifle taken during the burglary of a gun store in Forney.

“The combination of our burglary offenses and the recovered rifle may lead to federal charges to the suspect,” said Lt. Lance Koppa of the Highland Park Department of Public Safety.

At the Beverly Drive home, surveillance video showed an armed man in the backyard approaching the house, where unlocked home and vehicle doors and a deactivated alarm system awaited him at 3:47 a.m.

Property taken included two iPad minis, a Macbook Air laptop computer, two Razor hoverboards, an iPhone 6, a North Face backpack, and a 2016 Chevrolet pickup with the keys in the ignition, according to the incident report.

A car phone charger that had been in a 2017 Mercedes in the garage also was taken.

“When the detective went to the area where the pings were coming from he located the stolen truck,” Koppa said.

During a coordinated effort with other agencies, officers executed a search warrant, and the Glenn Heights Police Department took Douglas into custody on existing warrants, Koppa said.

Property that had been stolen from the Airline Drive home included an empty green leather purse, keys and fobs to three vehicles – a 2010 Lexus, a Mercedes, and an Infiniti – and a mobile phone charger that had been in the Lexus.

A door chime alarm had awakened the homeowner around 4 a.m. He found the interior door to his garage open and his garage door up initially and later discovered that items had been stolen.

“Lock your doors, set your alarm systems,” Koppa said. “It’s very helpful. And when I say doors, I mean house doors, vehicle doors …. doors to your business, or storage shed, trailer, any of those things.” 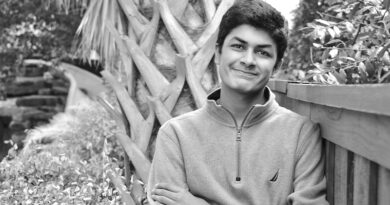