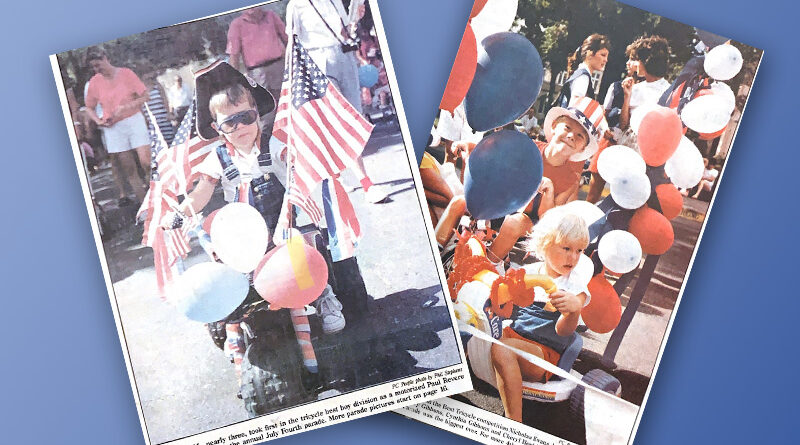 One of the most anticipated events in Highland Park and University Park every year is the Fourth of July parade with its high-spirited tinseled floats and abundant supply of patriotic hues.

For four decades, Park Cities People has sought to capture countless joyous memories in print, beginning with black-and-white photos of children in newsboy caps and extending to festive Fidos costumed for the occasion.

While we have traded black-and-white photos for vivid reds, whites, and blues, the images captured from the parade’s annual pilgrimage from Highland Park Town Hall to University Park’s Goar Park showcase the effervescently patriotic spirit of the two communities.

Through the years, the parade has inspired poems and op-eds, with some making it onto the pages of Park Cities People, too. 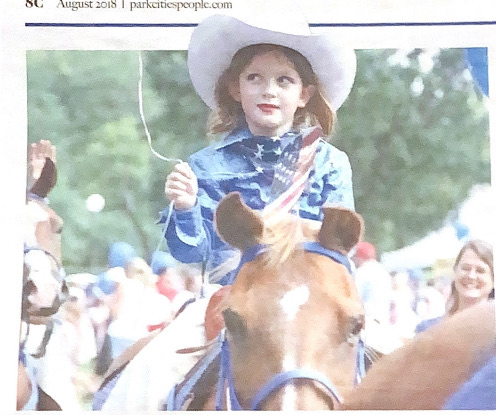 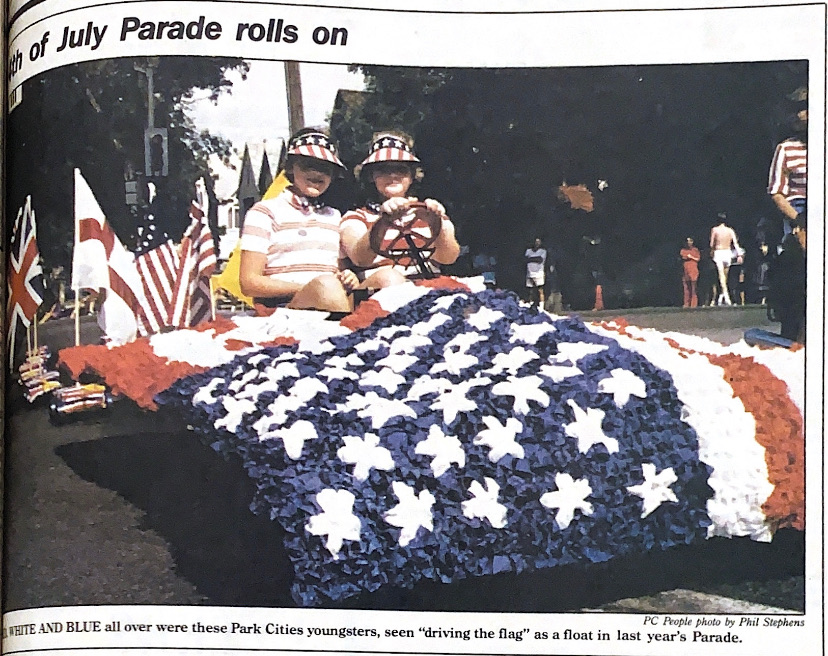 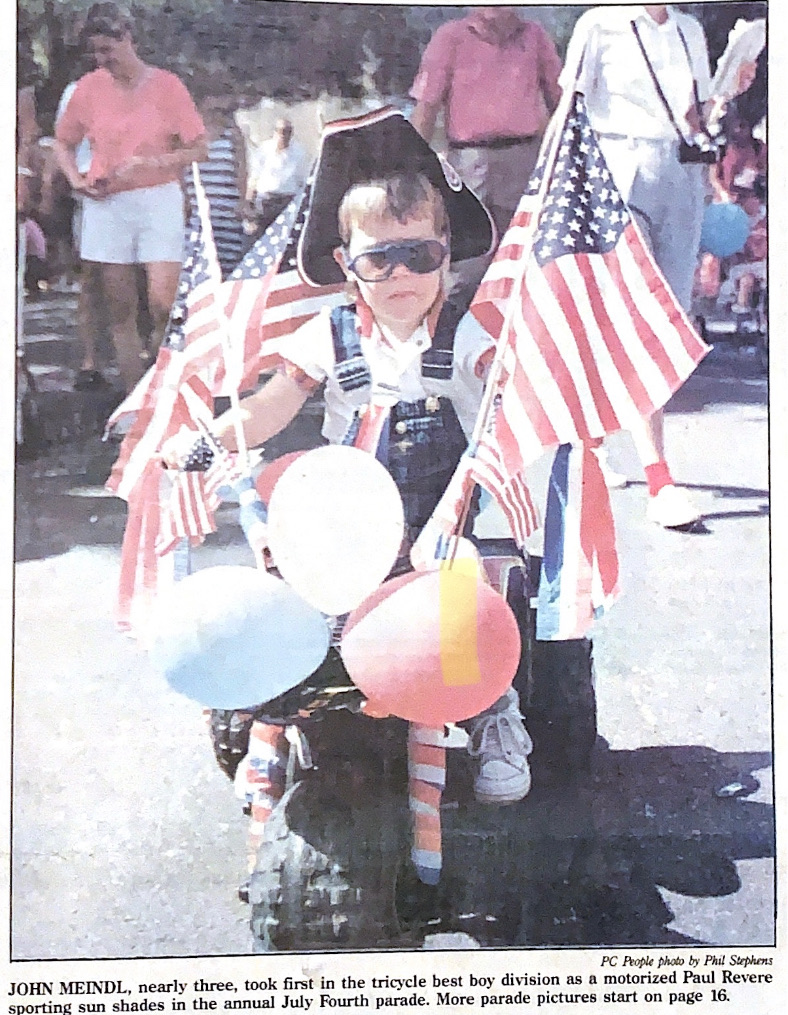 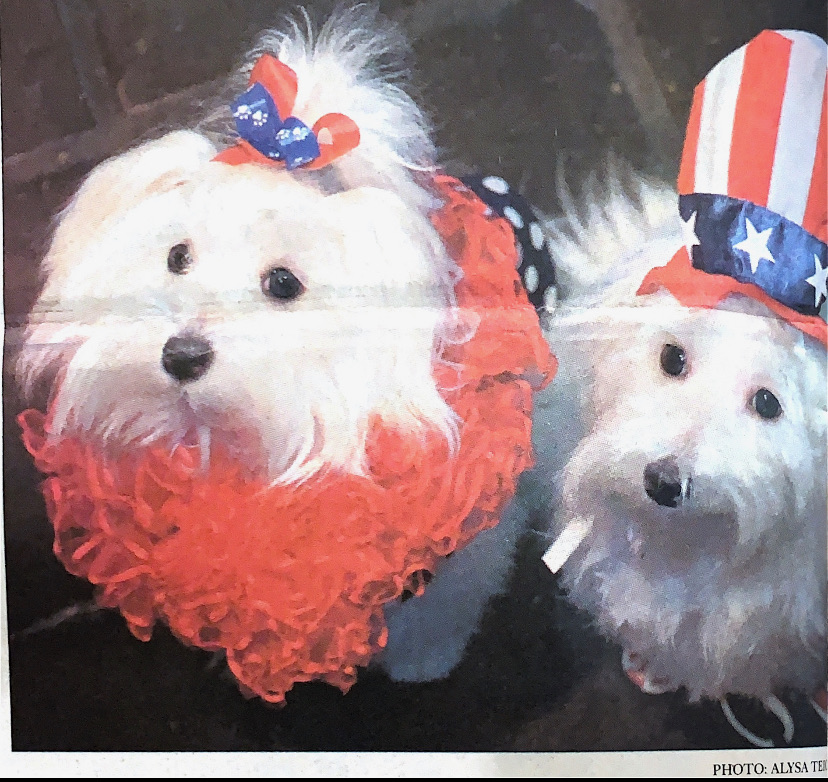 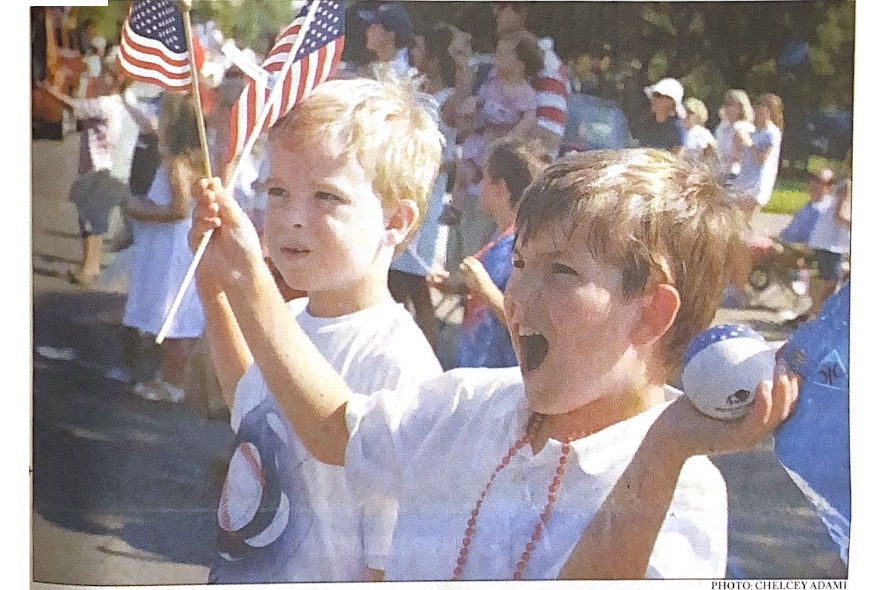 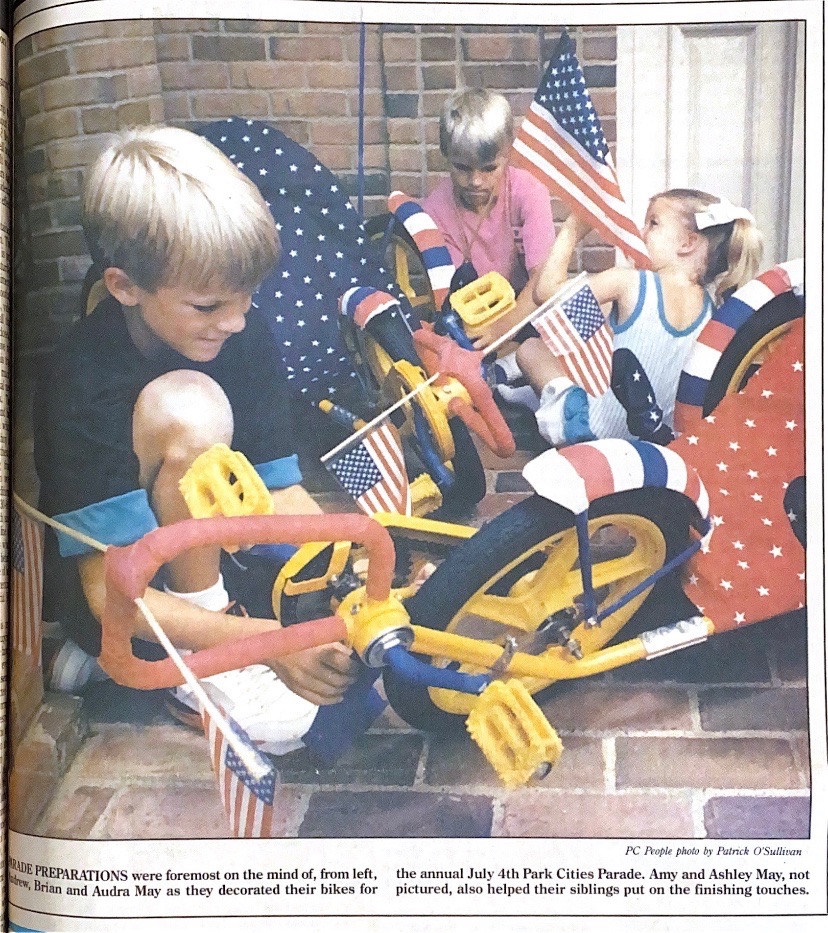 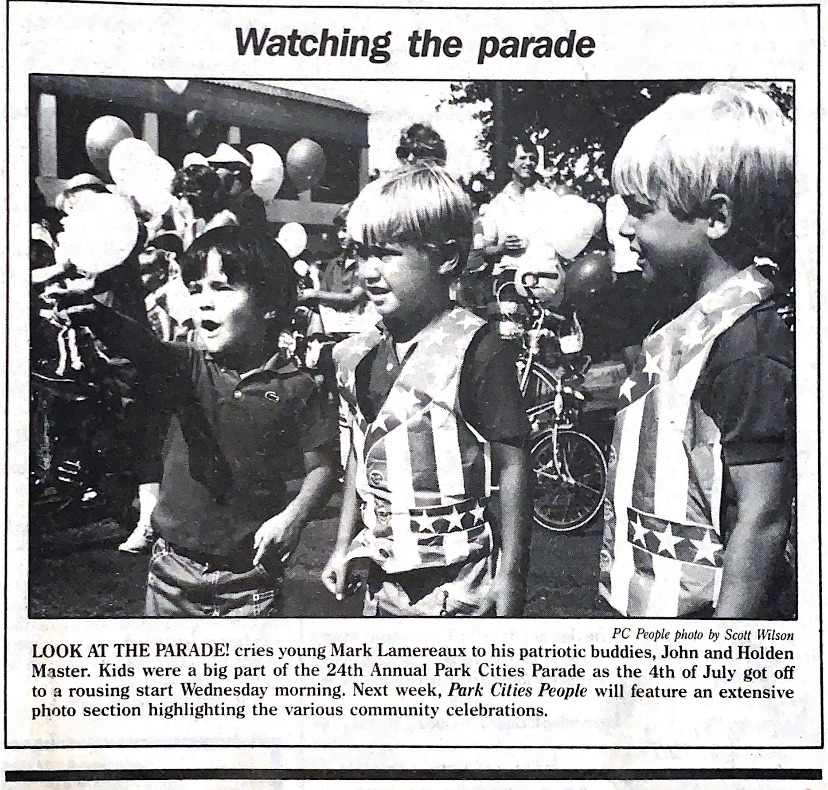 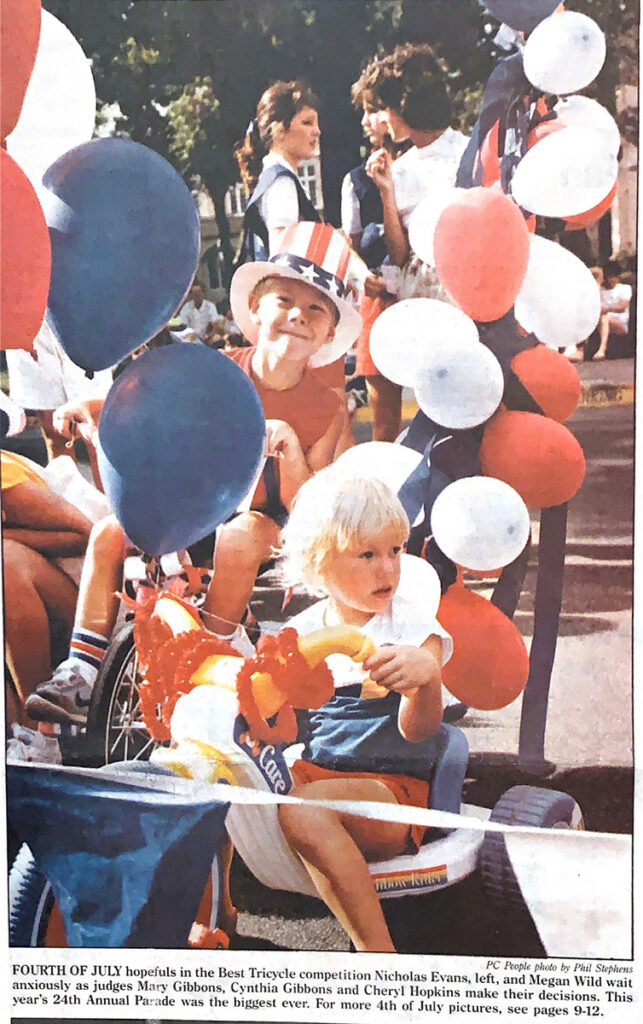 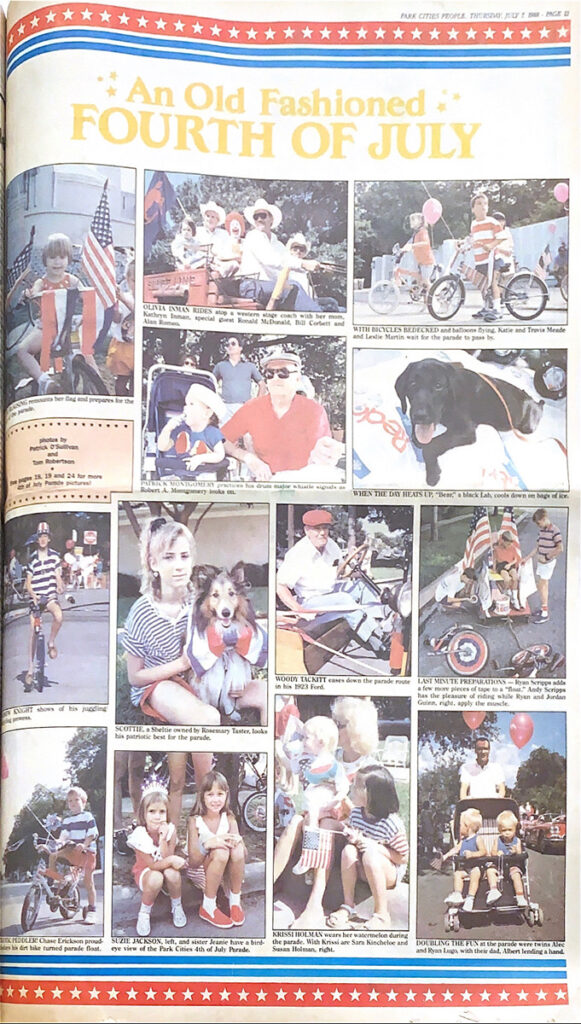 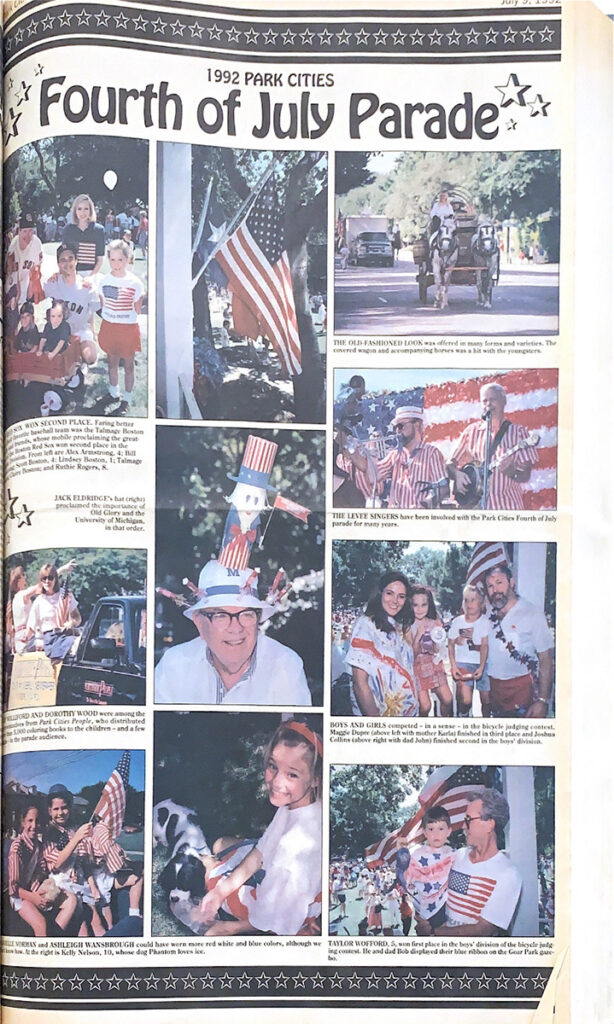 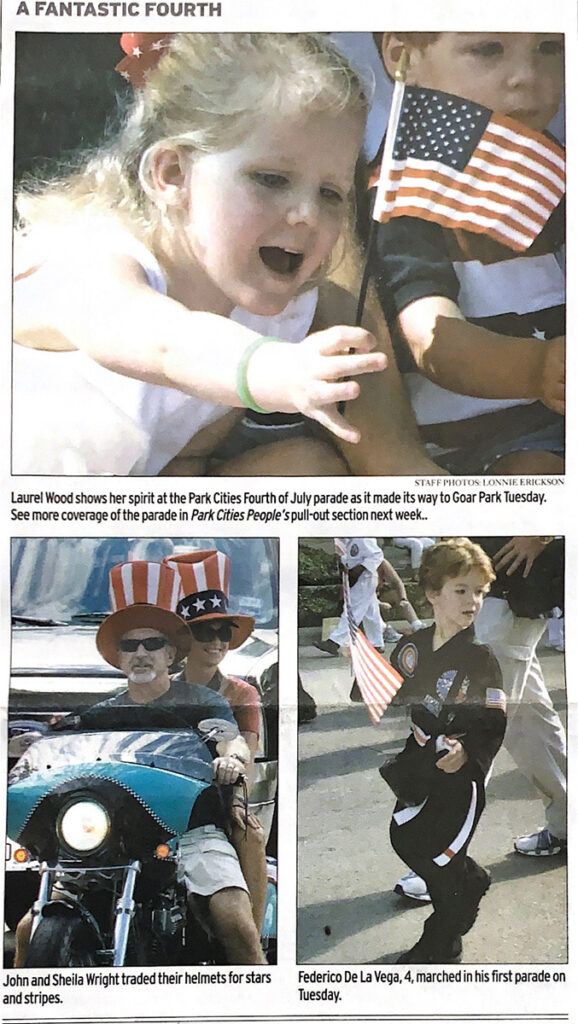 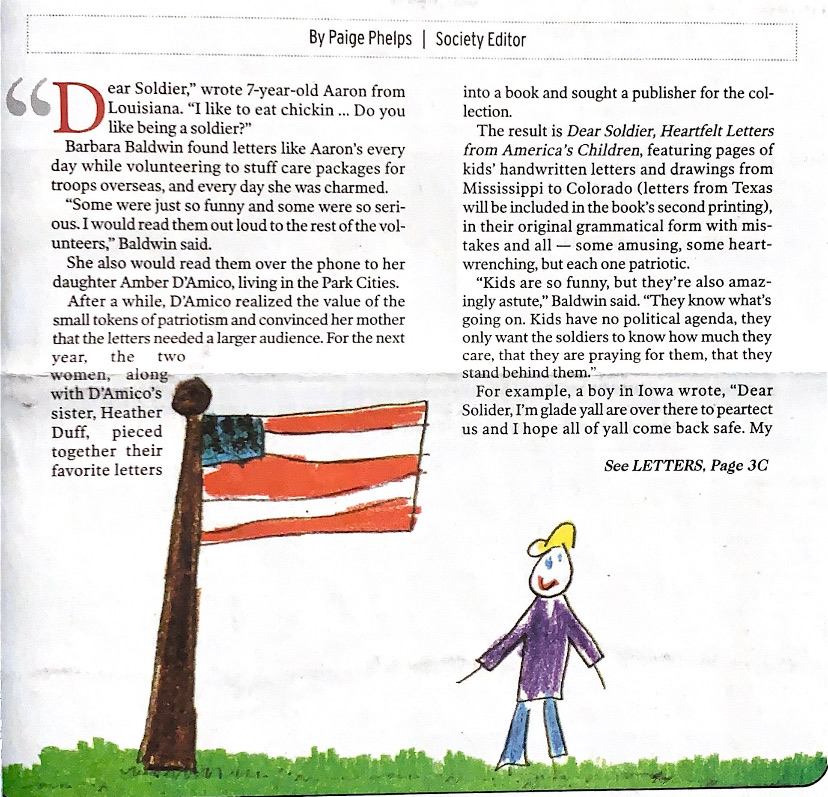 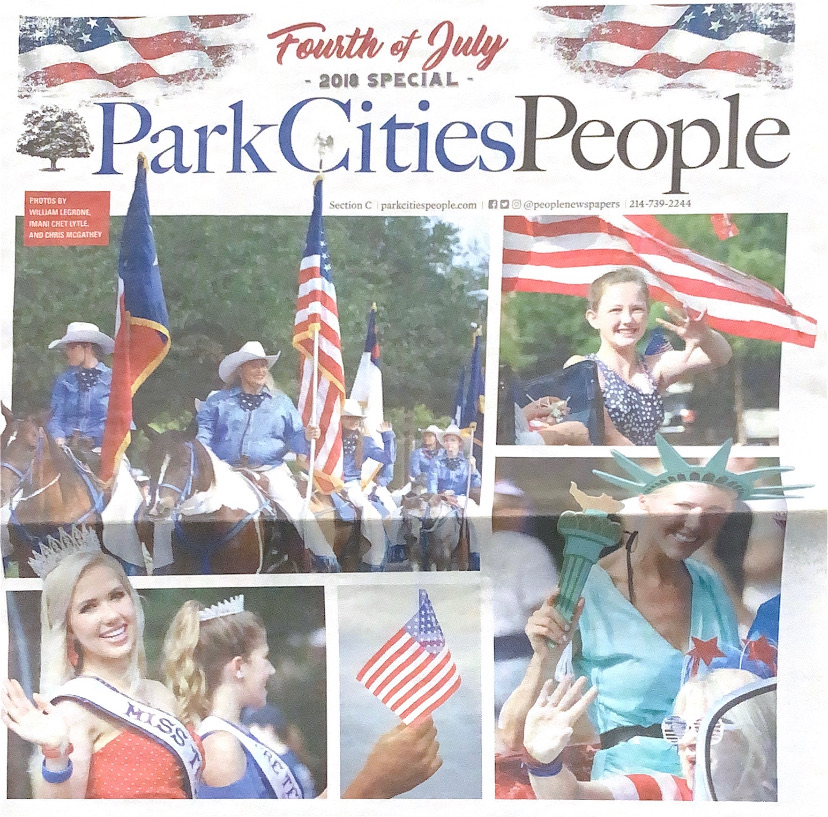 “I’ve seen some spectacular parades in my time, but none to rival that which took place last Sunday in the Park Cities,” Wendy Corbett wrote for a 1982 piece titled “Park Cities’ 4th’ Brings Special Feelings.”

Many issues offered fireworks safety tips in hopes of saving families a trip to the emergency room, but those didn’t help young Kyle Manigold. He could have used a warning about the dangers of jumping off parade floats, as he took a trip to the ER for a hurt ankle in 1995.

Working with the Rotary Club of Park Cities, we published a special section on the parade’s history in our July 2018 issue. Visit peoplenewspapers.com, scroll down, and click Park Cities Archives beneath the Current Issue to search for it.

The paper has its own July Fourth traditions, including our float (please, wave and cheer). We publish a coloring book beforehand (find it in this month’s issue) and a recap photo section afterward (look for it in the August issue).

So, whether you are a first-time participant in the annual parade, or have been around for the last 40 years, be on the lookout for the Park Cities People photographers on the big day to make more memories for the history books. 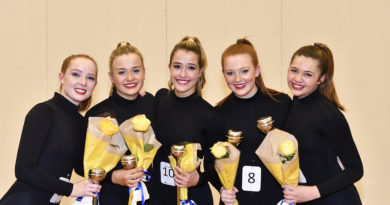 Final Days Ahead for Baskin-Robbins at The Plaza