Although he is just now about to start high school, Lindell Stone is already known in football circles.

Stone (6-1, 180) reportedly received a scholarship offer from UCLA last year. The young quarterback will likely be transferring from (Southlake) Carroll ISD into Highland Park, according to a Dallas Morning News report. 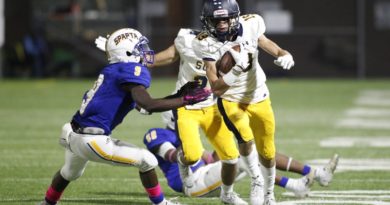 After Friday, Challenges Loom for Scots

Frisco Wakeland in 4A Title Game