After all, the Scots haven’t lost consecutive games in the same season in two decades. And during that same span, they’ve only failed to win one home contest — and none to teams in Texas.

Plus, HP has dropped a handful of season openers during the past two decades, but have always bounced back the following week.

So despite a heartbreaking loss last week, it’s easy to see why Friday’s home opener against Waxahachie would inspire optimism among the Scots, rather than panic.

HP will have plenty of motivation against the Indians, who rallied for a stunning 40-37 victory in last season’s matchup that resembles — in terms of its seesaw trajectory and late heroics — the 53-49 defeat the Scots suffered a week ago in Rockwall.

After allowing 46 points in the second half against the Yellowjackets, the HP defense will face another test against the up-tempo attack favored by third-year Waxahachie head coach Jon Kitna. The Indians rolled past Garland Lakeview 63-24 last week.

Waxahachie lost both Jalen Reagor and Kenedy Snell, who torched the Scots last season, to graduation (both are playing as true freshmen at TCU). Yet plenty of playmakers remain, including Jerreth Sterns, Demani Richardson, and quarterback Bryse Salik. All three had long touchdown runs in the opener.

For the Scots, the loss overshadowed a terrific performance by an HP offense that appeared to be in midseason form. John Stephen Jones passed for 379 yards and five touchdowns. Cade Saustad tallied 269 receiving yards and three scores.

Conner Allen, a senior transfer from Regents School of Austin, finished with two touchdowns in his debut for the Scots after starting running back Paxton Alexander was banged up.

Friday’s contest is the only home nondistrict game on the HP schedule this season. The Scots will travel to face Mansfield Timberview next week. 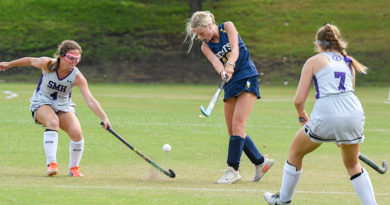