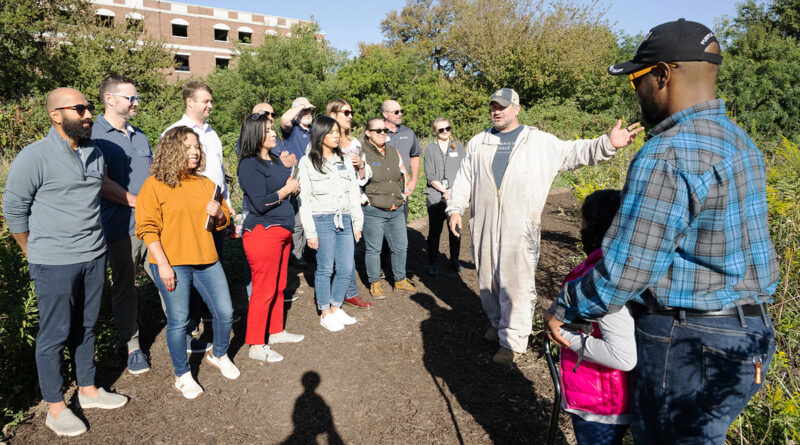 As an amphibious assault vehicle operator in far-flung locations ranging from Jordan to Haiti to Somalia, Victor Acosta ensured that fellow Marines made safe transitions from ship to shore.

With the help of SMU’s Catalyst military transition program, he also sees how his military experience gives him unique skills to offer in the classroom and business.

Acosta completed an eight-week military-to-civilian transition program offered by SMU’s Continuing Education and Professional Development (CAPE) and will transition to the Cox School of Business online MBA program in January.

“Catalyst opened so many doors and opportunities for me,” he said. “It made me realize we are underselling ourselves as part of the military — veterans bring marketable skills to the table.”

“The key thing missing from most military transition programs is how to leverage the skills gained in the military in the classroom or on the job,” said Robert Hurst, a U.S. Army veteran who directs veterans affairs for CAPE. “Providing opportunities for veterans and their spouses is our way of saying thank you.”

Donald Trump’s not the first former president to run again after losing a bid to hold the White House, so could history provide a clue to how the norm-defying Republican and his party might fare in 2024?

In a Time Magazine op-ed, the co-author of Impeachment: An American History and When The World Seemed New: George H.W. Bush And The End Of The Cold War, draws lessons from early 20th century president Theodore Roosevelt.

Engel predicts history would likely repeat itself if Trump, like Roosevelt, refuses to step aside for the good of his political party.

Democrat Woodrow Wilson was the beneficiary of the Republican Party’s Roosevelt-fueled division over its nominee in 1912, Engel said, and a Trump candidacy could produce the same unhappy results for the GOP this time around.

“So, if Trump wins (the nomination) in August, Republicans will lose in November,” Engel predicted. “In the more likely event that he loses the nomination, he will run as a spoiler – or at least tell his supporters to stay away from a clearly fraudulent election. With little room to spare in a country so evenly split between red and blue, a Democrat, indeed any Democrat, will win.”