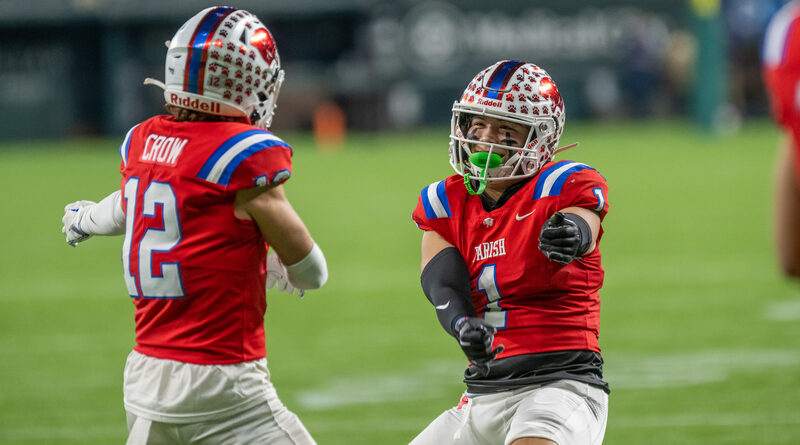 Beating a team twice in the same season might traditionally be difficult, but Parish Episcopal seems to make it look easy.

The Panthers will aim for their fourth consecutive TAPPS Division I state championship on Friday in Waco when they face district rival Plano Prestonwood, who they already beat four weeks ago.

That seems to make Parish the favorite, not just because of the lopsided nature of that 42-14 win on Nov. 4, but because the Panthers have followed this same recipe before while building their dynasty among Texas private schools.

Parish has triumphed over seven district opponents in both the regular season and playoffs over the past four seasons. In 2021, the Panthers toppled three straight district during postseason play, including Midland Christian 56-17 in the championship game.

The Panthers (11-1) have recorded six consecutive victories over the Lions in the past four years, dating back to the 2018 season, which was the last time Parish didn’t win the crown.

The only blemish on Parish’s record this year is a 31-28 loss to South Oak Cliff, the defending Class 5A Division II state champion in the UIL ranks. Since starting TAPPS play in early October, the team’s seven straight wins have come by an average margin of 36.5 points.

Sophomore quarterback Sawyer Anderson has thrown for 2,851 yards and 35 touchdowns, three of which came during last week’s 42-7 semifinal win over Houston St. Thomas. Maddux Reid, a Southlake Carroll transfer, has amassed 958 rushing yards with 17 scores. Derek Eusebio paces the receivers with a team-high 56 catches and 13 touchdowns.

The Parish defense, which has allowed more than 17 points just twice all season, is led by safety Daniel Demery (a Mississippi commit), and linebackers Tre Williams (a Stanford commit) and Seth Scott.

Prestonwood (9-2) had a seven-game winning streak prior to the Parish loss in the regular-season finale. The Lions bounced back with two impressive playoff victories, including 56-21 over Fort Worth Nolan in the semifinals.

A.J. Sibley is the focal point of Prestonwood’s rushing attack with more than 2,000 yards — including 327 last week alone — and 18 touchdowns. Dual-threat quarterback Maguire Martin has 12 passing scores and 11 more on the ground.