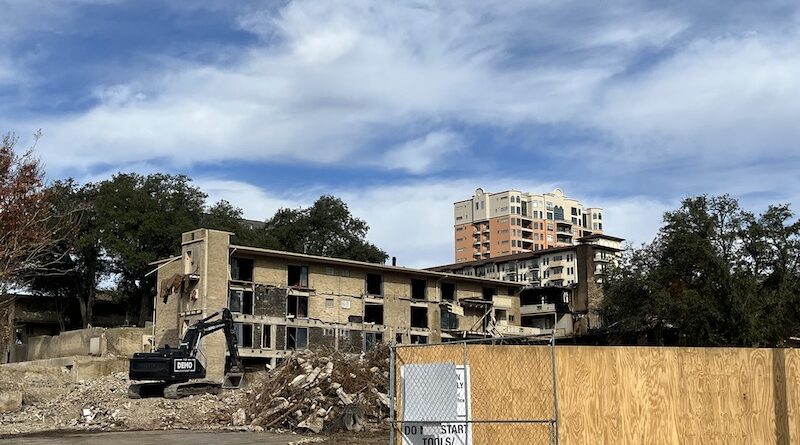 Dallas Fire-Rescue responded to a three-alarm fire at a vacant, three-story apartment building in the 2500 block of Turtle Creek Boulevard near the Fairmont Street intersection shortly before 11 p.m. Wednesday.

Dallas Fire-Rescue spokesman Jason Evans said it took 60-70 firefighters to mitigate the blaze, but there were no reported injuries. The building was being demolished, so the building was vacant.

The cause of the fire is undetermined at the time of this post.