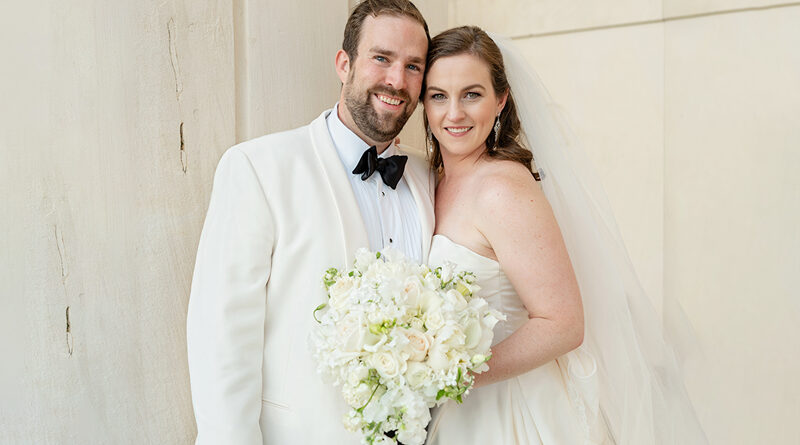 Laurel Leigh Looney and Rhett Michael Butler were united in marriage on July 9, 2022, at Park Cities Baptist Church. The Reverend Travis Cook officiated the ceremony. A reception of dinner and dancing followed at the Historical Hall of State.

Presented in marriage by her parents, the bride was escorted down the aisle on the arm of her father. The bride chose a timeless ivory silk satin gown with a sweetheart neckline. The cathedral-length train was adorned with silk buttons to the end of the train and was accompanied by a shimmering scalloped lace cathedral veil.

The bride is a graduate of Highland Park High School. In 2014, she received her Bachelor of Science degree in nursing from Auburn University, where she was President of Tri Delta sorority. Laurel is a Registered Nurse currently serving in the Neonatal Intensive Care Unit at Medical City Dallas Children’s Hospital.

The groom is a graduate of Keller High School. He received his Bachelor of Science degree in Construction Engineering from the University of North Texas. Rhett is utilizing his engineering education and experience to support Trammell Crow Residential’s real estate development initiatives.

Following their wedding trip to the Dominican Republic, the newlyweds have made Dallas their home.

Tying The Knot? You Could Be Our Next Cover Bride 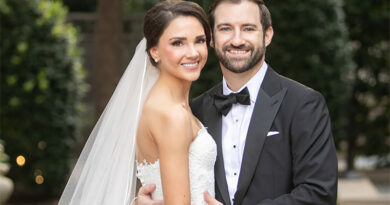