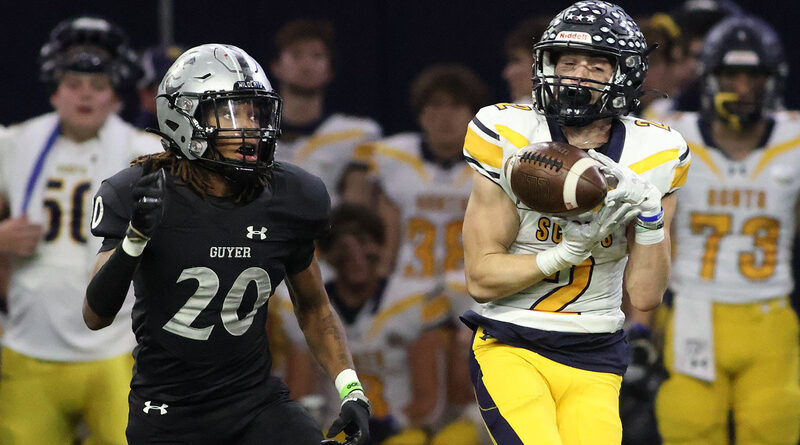 FRISCO — In a game with more than 1,000 combined yards and more than 100 combined points, the most important number was, simply, three.

Highland Park committed three turnovers and, not coincidentally, lost by three touchdowns against Denton Guyer in a Class 6A Division II area round playoff game on Friday at The Star.

The 63-42 defeat ended HP’s 11-game winning streak along with its season, but not without plenty of offensive fireworks.

The problem is the HP defense had no answer for Guyer’s up-tempo attack, which reached the end zone on all eight of its possessions (not counting kneel-downs at the end of both halves).

Jackson Arnold, the dual-threat quarterback verbally committed to Oklahoma, rushed for 110 yards and four touchdowns. He also was a remarkably efficient 19-of-21 passing for 223 yards and two scores.

But again, it was the three miscues — two of which came during the pivotal third quarter — that doomed the Scots (11-1).

“We were keeping up with them until we had some turnovers,” said HP head coach Randy Allen. “We had a tremendous season. I’m really proud.”

The unbeaten Wildcats scored 28 consecutive points to start the second half, turning a seesaw game into a lopsided affair in a hurry.

Arnold connected with Landon Sides for a 31-yard score to give Guyer a lead it never relinquished. Just three plays later, Guyer’s Caleb Rowe pounced on a fumbled snap at the HP 22-yard line.

Arnold capped the ensuing drive with a short scoring run to give the Wildcats (12-0) their first two-score lead of the game.

It got worse for HP on the next possession, which saw the Scots penetrate inside the Guyer 10-yard line before Notre Dame commit Peyton Bowen returned an interception 99 yards for a touchdown.

Arnold’s second scoring strike to Sides extended the margin to 56-28 early in the fourth quarter, essentially putting the game out of reach.

“We challenged them at halftime,” said Guyer head coach Reed Heim. “It wasn’t a schematic plan. We just needed to win the battles, whether it’s getting off the block or making plays when the ball is in the air.”

HP kept battling with two touchdowns in the final quarter — both by Cox — but couldn’t get any defensive stops to shift the momentum.

“They were just flawless. I knew they would be hard to stop,” Allen said. “We made some great plays and hung in there against a really good team. They are good enough to win a state championship.”

The teams traded touchdowns for much of the first half, with the Scots unleashing a series of big plays to counterpunch Guyer’s quick-strike approach.

Storer, who is verbally committed to Western Michigan, scored on a 21-yard scamper on the opening possession to give HP its only lead at 7-0.

The Wildcats answered with a 7-yard touchdown run by Arnold, then got their first takeaway on a fumble recovery by Calen Austin near midfield.

Arnold scored again to cap a short drive during which he threw his only two incompletions of the game, and Guyer led 14-7.

Despite two more Guyer scores in the second quarter, HP kept pace thanks to a 51-yard hookup between Storer and Jackson Heis on a third-and-18 scramble, followed by a pair of Storer touchdown runs.

The Scots racked up more than 500 yards of total offense and scored the most points of any Guyer opponent all season by a wide margin. HP had five pass completions of at least 40 yards, including a long grab by Luke Herring on the first play from scrimmage, to go with Schrank’s huge numbers.

“We were looking for matchups and Grayson had a good matchup. Brennan felt comfortable throwing to him so he was looking for him a lot. He had a tremendous night,” Allen said. “It seems like every time we needed a big play, Grayson came up with something. We made some huge third downs.”

However, the HP defense allowed more points than its last six games combined. Trey Joyner contributed 109 rushing yards and a touchdown for Guyer, while Sides and Sutton Lee combined for 15 catches and 186 yards as Arnold’s top two targets.

“Our offense was really rolling from the get-go. We were hitting on all cylinders,” Heim said. “It’s fun to watch and makes a head coach sleep easy at night.” 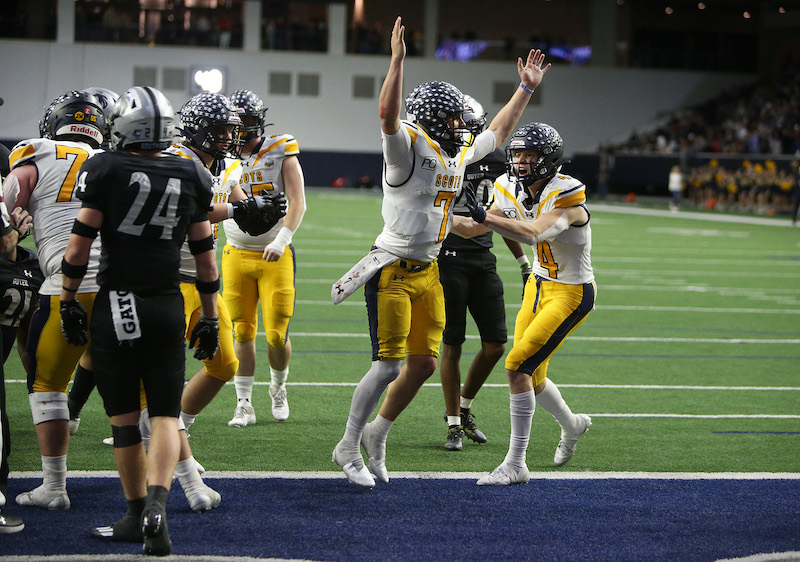 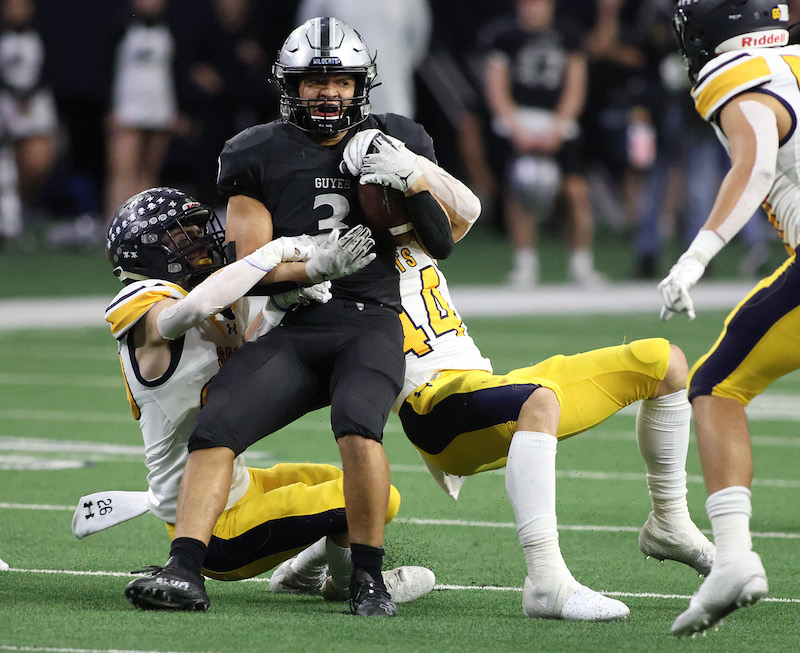 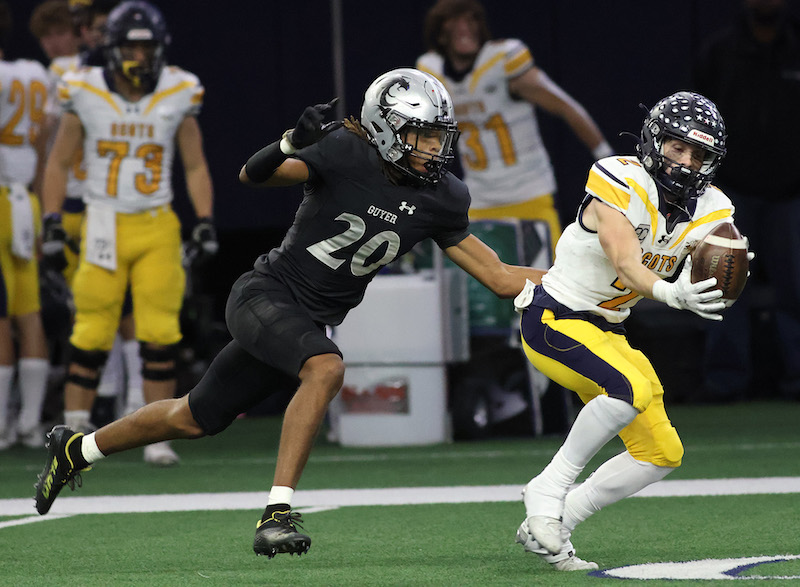 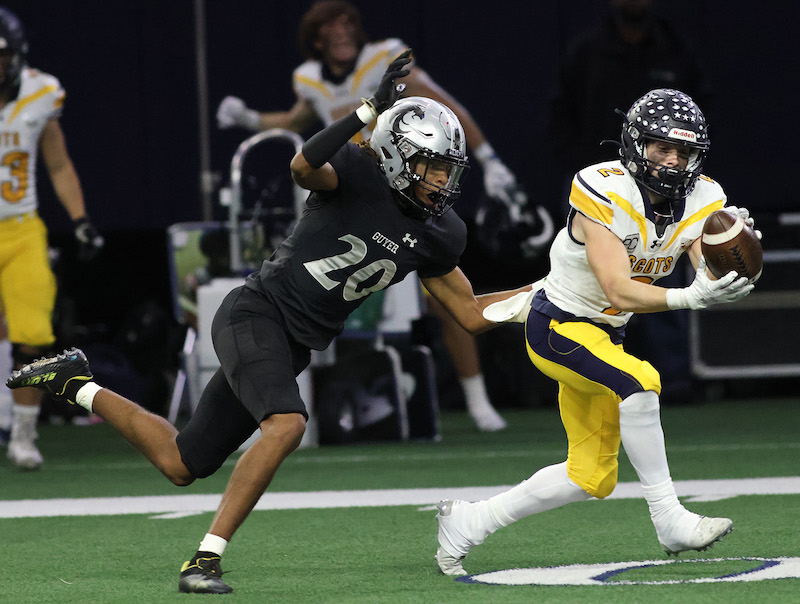 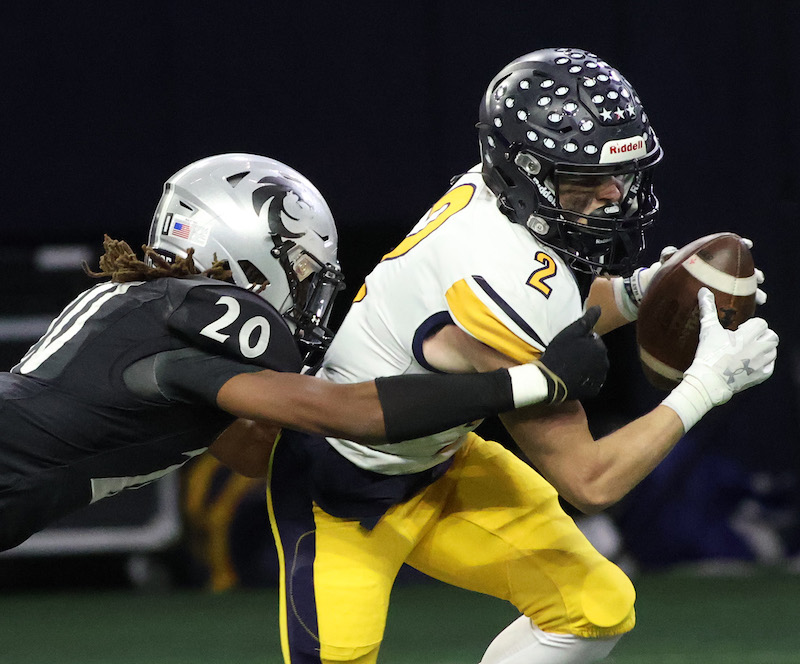 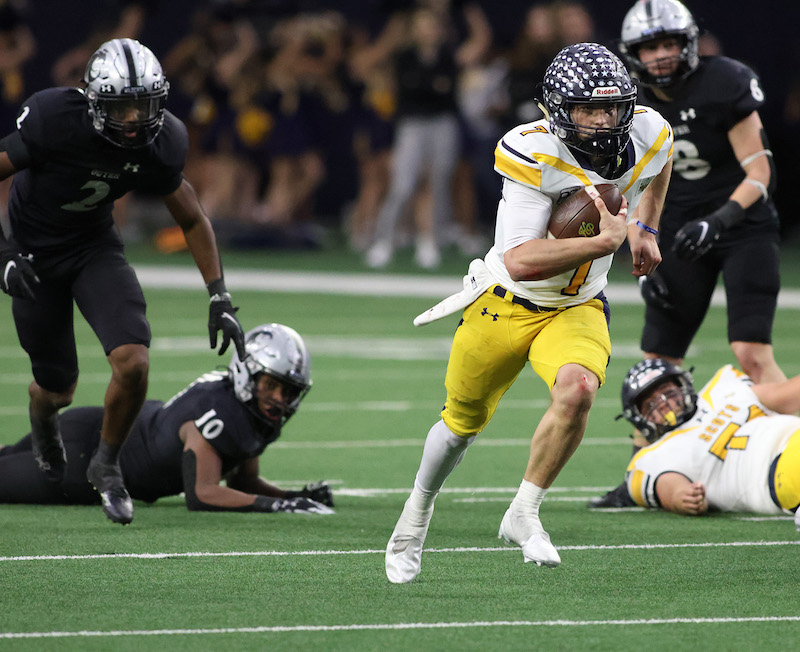 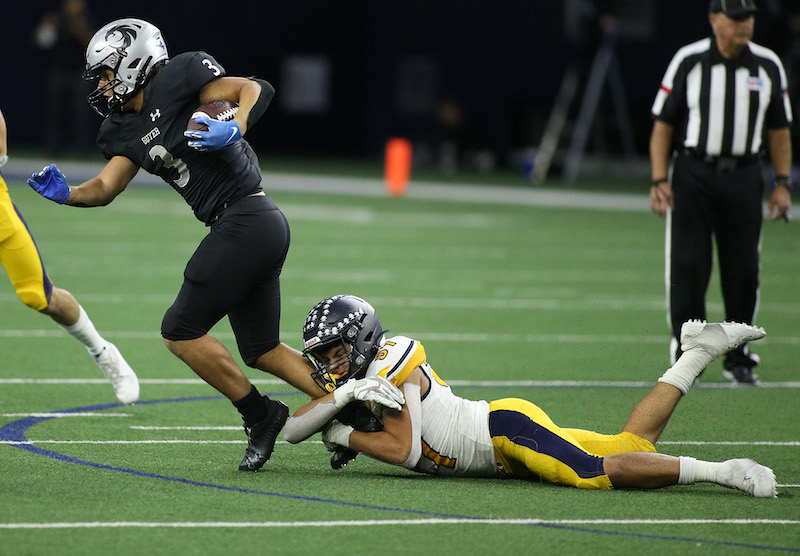 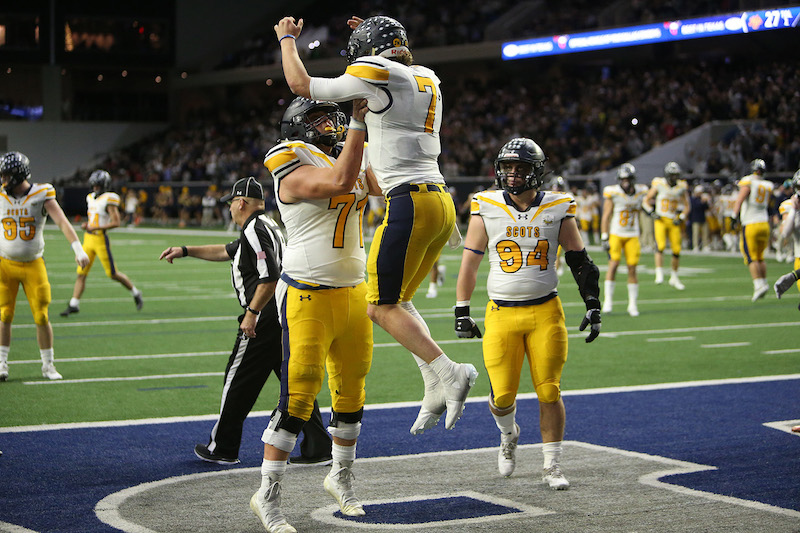 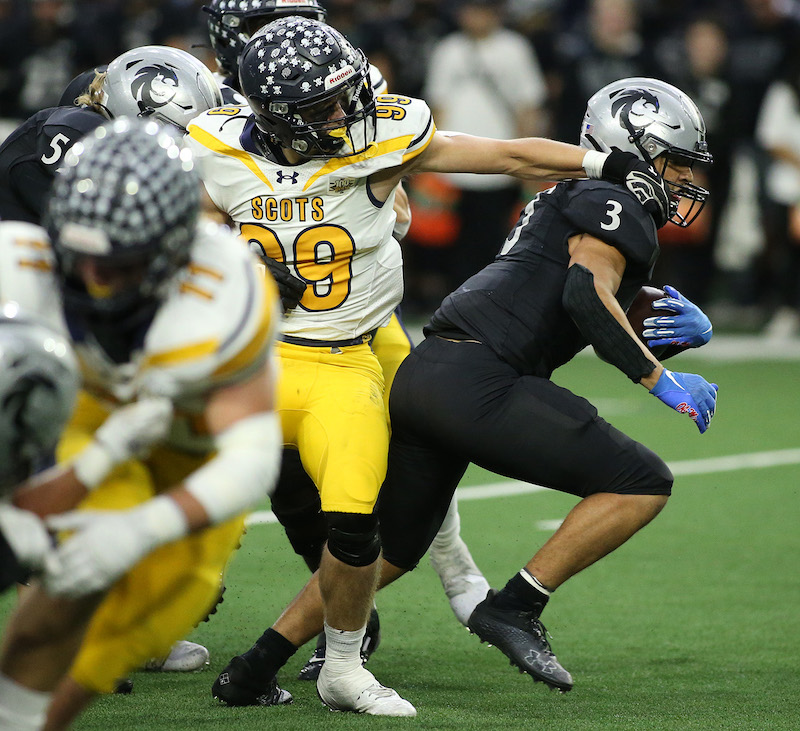 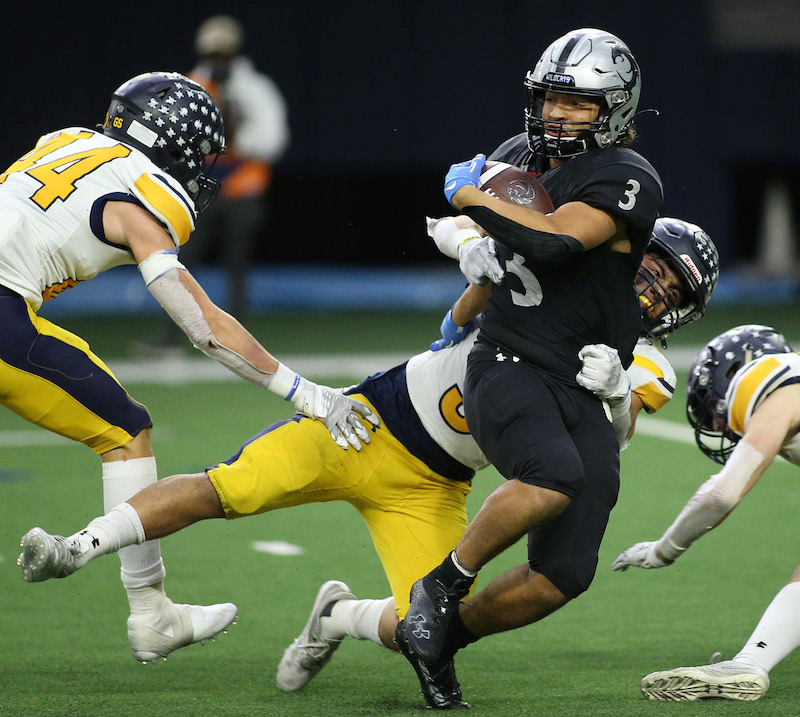 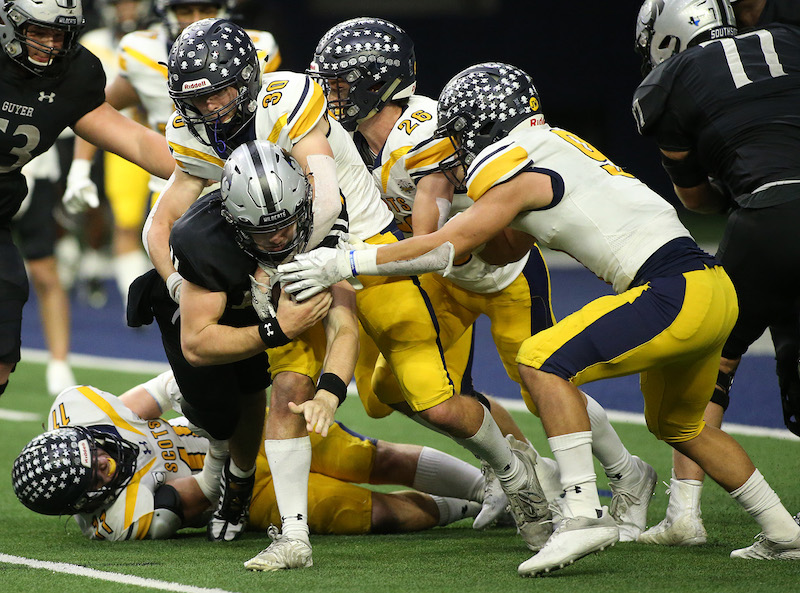 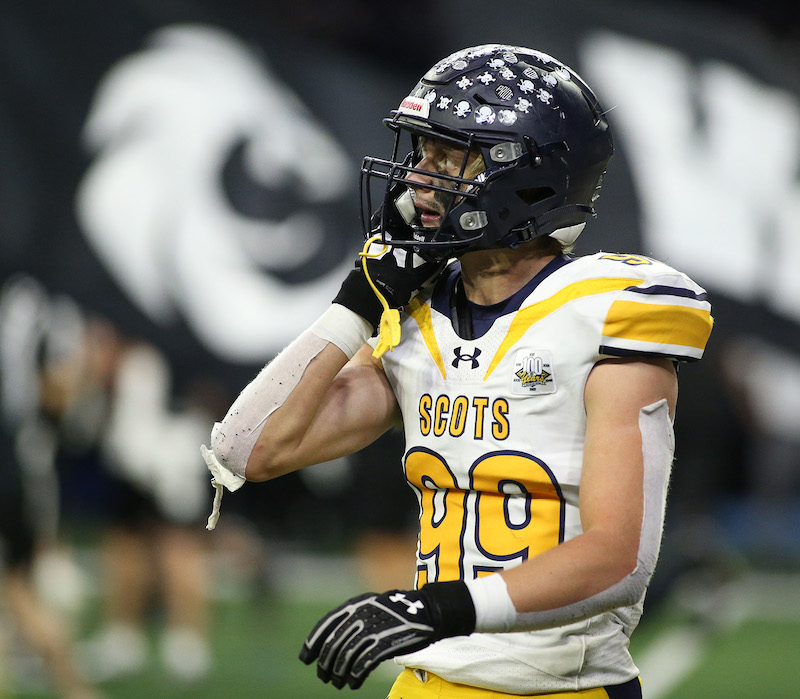 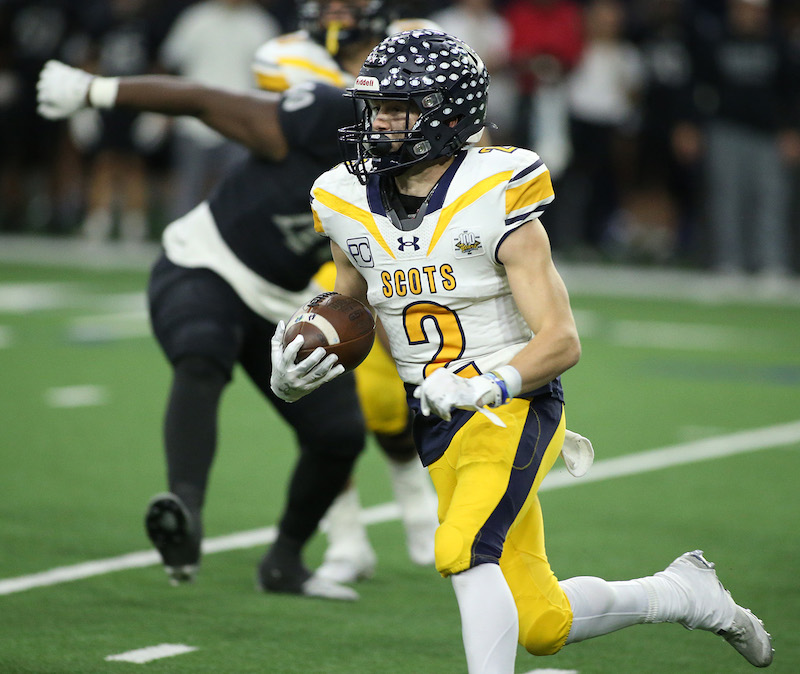 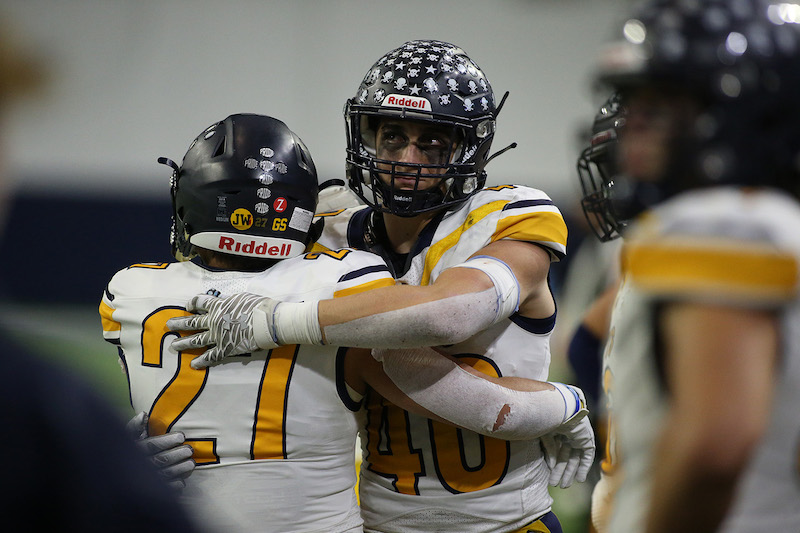 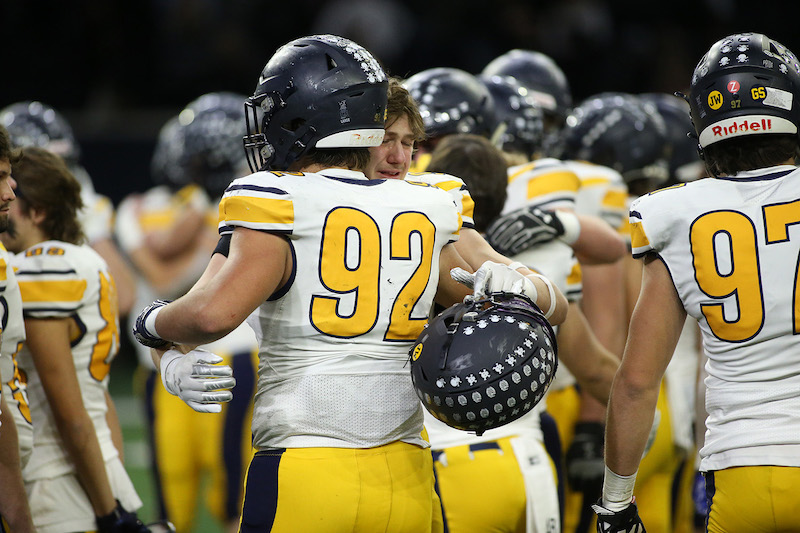 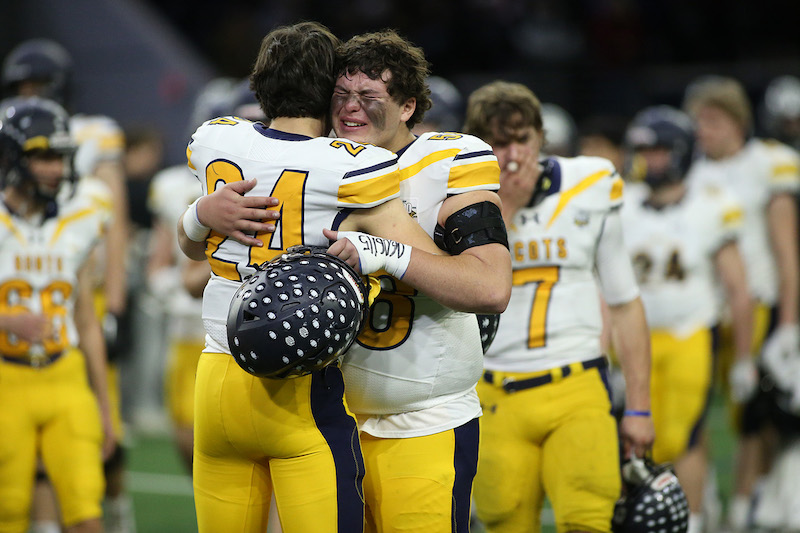 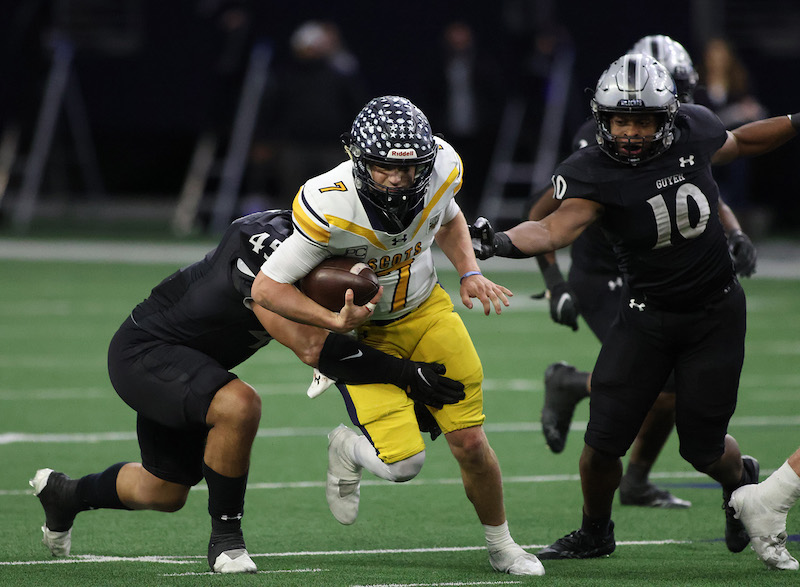 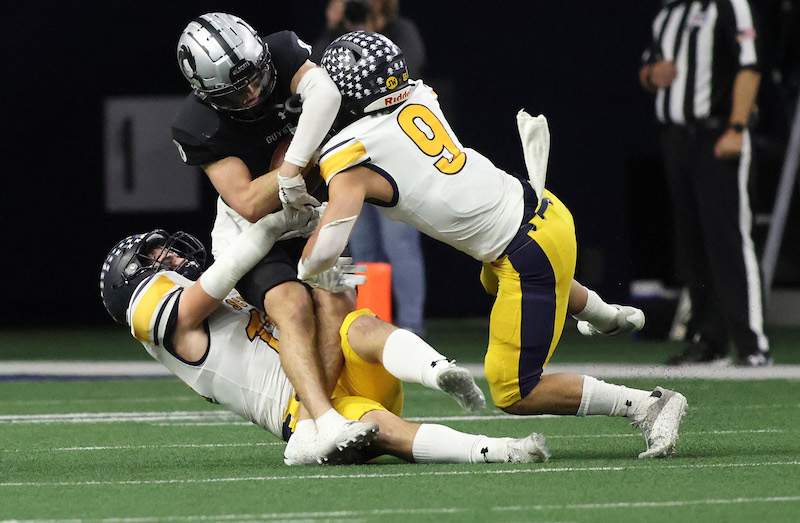 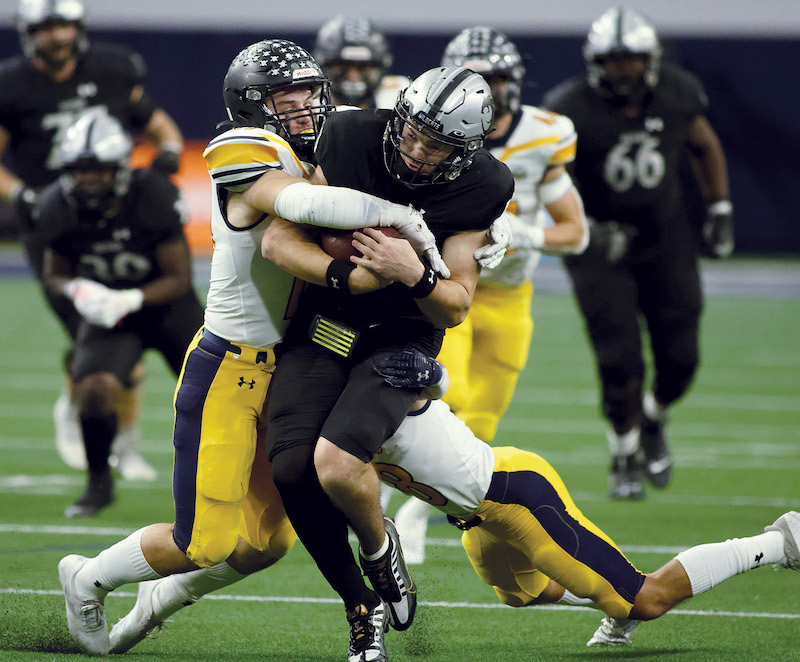 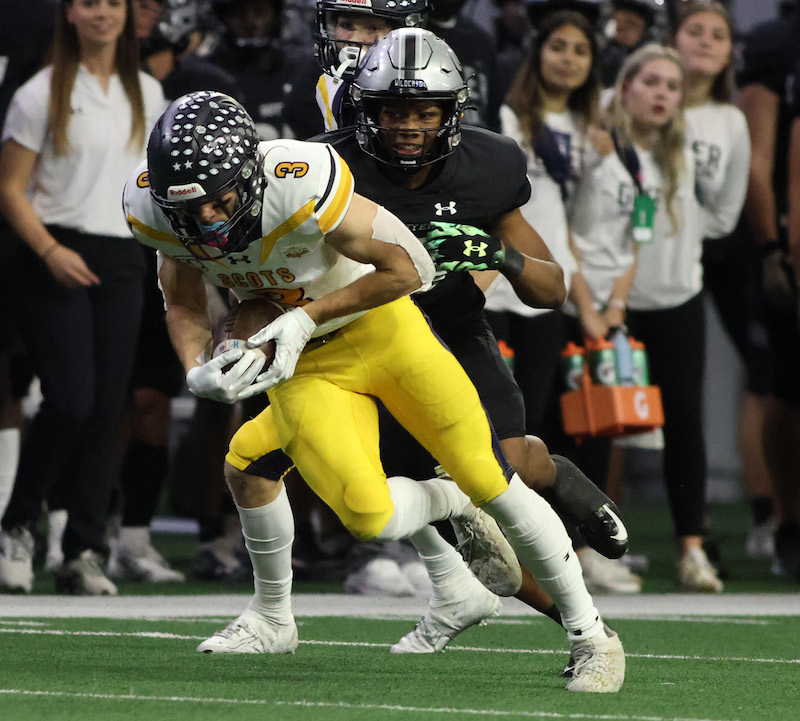 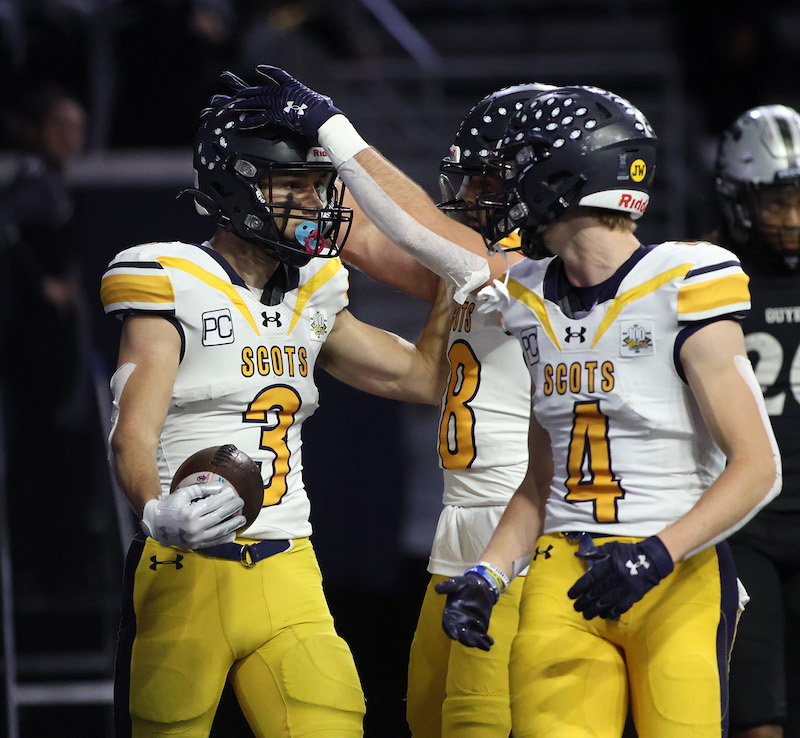 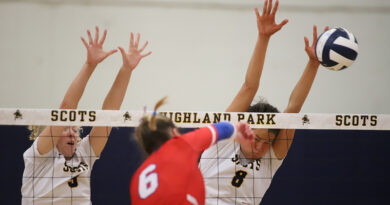 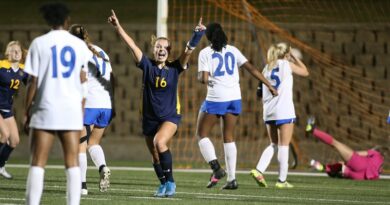 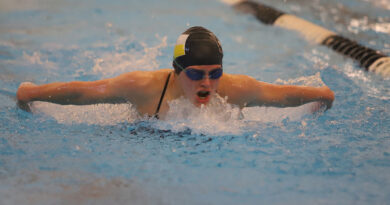