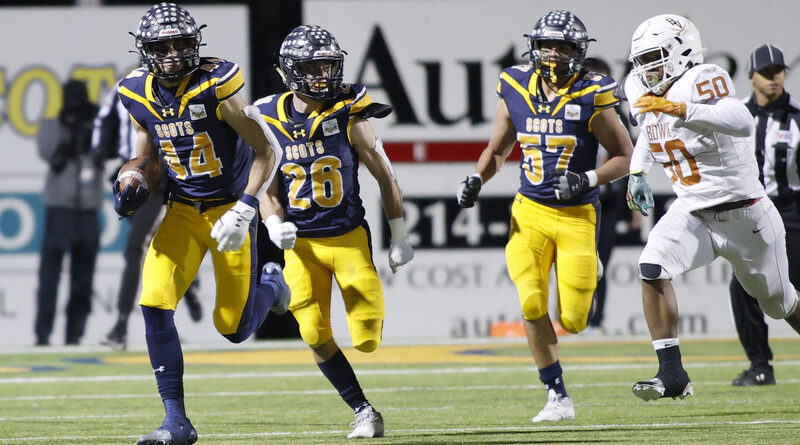 Given the seesaw nature of postseason football, sometimes the smallest details can make the biggest difference.

In a game filled with big plays, a blocked extra point leading to a two-point conversion gave Highland Park the momentum swing it needed to secure a 44-27 win over Arlington Bowie in its playoff opener on Friday at Highlander Stadium.

The Scots (11-0) will continue their postseason run in the Class 6A Division II Region I bracket with a showdown against fellow unbeaten Denton Guyer (11-0), last year’s state runner-up, in the area round.

That game is tentatively set for Nov. 18 at The Star in Frisco. The Wildcats rolled past Flower Mound Marcus 42-7 on Friday in their bi-district matchup.

For the Scots, the pivotal third quarter saw Bowie rally from a 14-point deficit without surrendering the ball for almost eight minutes.

The Volunteers (5-6) started with a touchdown scamper by Darrion Bowers, followed by an onside kick recovery, then another scoring run by Tavares Duckett to cut a 28-14 halftime deficit to a single point.

However, Highland Park’s Adam Rourke blocked the ensuing extra-point kick, which would have tied the score. It was scooped up and returned for two points by Charlie Barton.

Bowie never scored again after that, and HP pulled away behind a quick-strike offense that continued to flash its playoff readiness.

That’s because three of the touchdowns covered at least 49 yards, including a 77-yarder to Beau Lilly and a 69-yarder to Jay Cox, who also ran for two scores.

“A lot of different players, like always, made big catches at important times,” said HP head coach Randy Allen. “We had a lot of explosive plays to score quickly.”

The teams traded early touchdowns, starting with a 49-yard strike from Storer to Jackson Heis on the second play from scrimmage — after the Scots recovered a failed opening onside kick attempt by Bowie.

HP started its next drive again with favorable field position after Lilly returned a kickoff to the Bowie 45. A few plays later, Cox caught a 32-yard pass before plunging into the end zone on a 1-yard run. Cox finished with 171 all-purpose yards.

The Volunteers found success early with a more deliberate attack steered by dynamic quarterback DeAngelo Ponder, who rushed for two touchdowns in the first quarter. His 22-yard scramble on third-and-long was set up by Marcus Welsh’s interception in HP territory.

The Scots seemed to take control late in the second quarter, after regaining the lead on Lilly’s long touchdown catch.

Bowie’s next possession reached the HP 8-yard line before Carl Williams pounced on a fumble for a key takeaway. The Scots marched 92 yards, half of which came on another Lilly catch. Storer connected with Luke Herring on a 17-yard score with just 49 seconds left before halftime.

“Our guys responded. Every time they scored and drew close, we made a big play,” Allen said. “We were a little flat. We had to get ready to play emotionally. They’re better than a lot of teams that we played in our district.”

After the big special teams play stifled the Bowie rally in the third, HP turned mostly to its rushing game. Cox scored on a 13-yard burst to increase the advantage to 37-27.

The Volunteers drove inside the HP 5-yard line on their next possession but missed a field goal early in the fourth quarter. Just two snaps later, the Scots struck with another big play — Storer to a wide-open Cox in sprint mode — to put the game away.

Bowie racked up 481 yards of total offense, the most of any HP opponent this season, 265 of which came through the air from Ponder. His favorite target was Texas Tech commit Kelby Valsin with a game-high 12 catches for 137 yards.

However, the Volunteers committed 105 yards in penalties that contributed to their inability to finish off drives in critical situations.

“We wanted to be in full attack mode, and our kids did a pretty decent job executing the game plan, but we made way too many mistakes late in the second quarter and late in the third,” said Bowie head coach Joseph Sam. “We could never get the momentum back, but we fought our tails off.”

Meanwhile, the Scots averaged 34.5 yards per completion, with Lilly and Cox each eclipsing the 100-yard mark despite just five catches combined.

“Defensively, we busted in the secondary too much,” Sam said. “Their receivers are really good and their quarterback is really good. They took advantage of our mistakes.”

Next up, the Scots will hope for a better result than the last time they competed at the 6A level during the 2014 and 2015 seasons. HP fell in the second round to Waco Midway in both years. 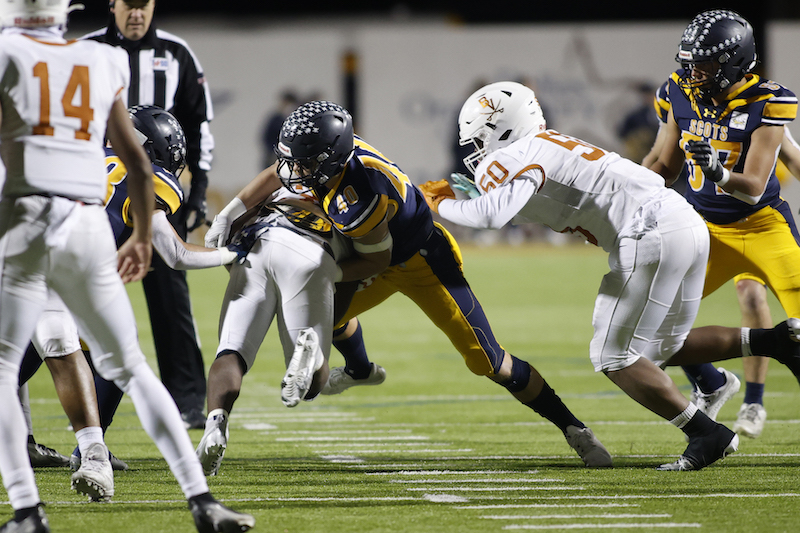 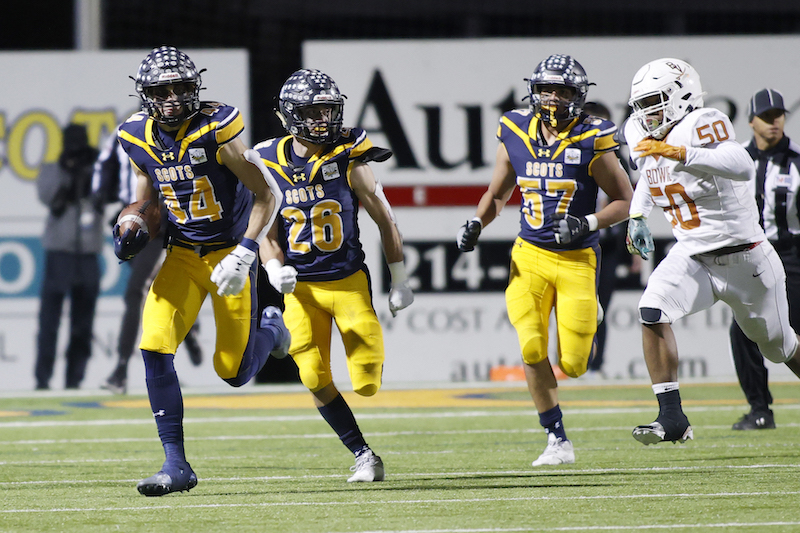 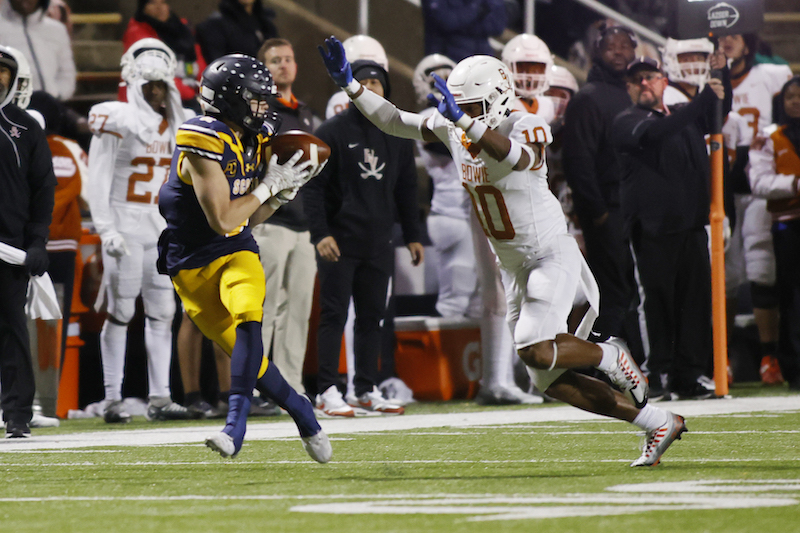 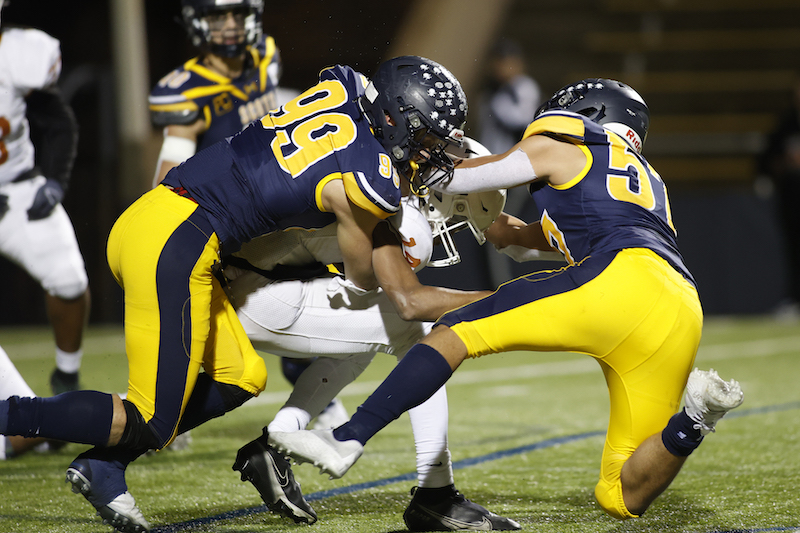 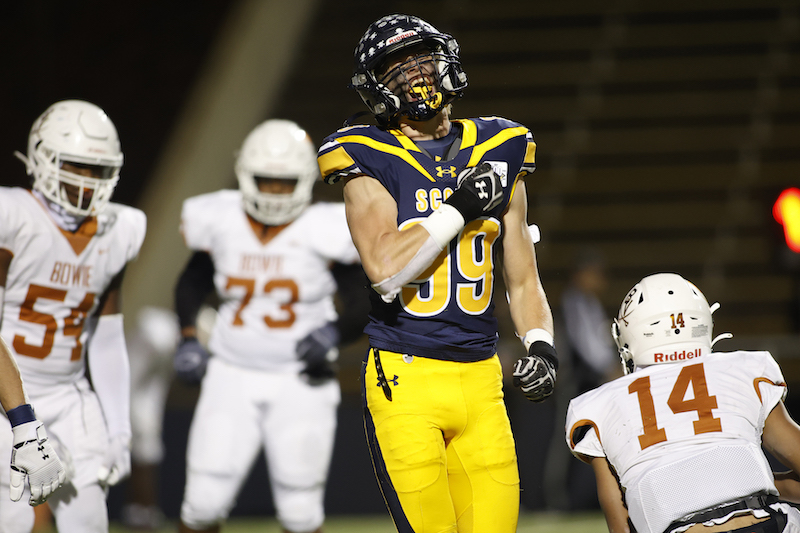 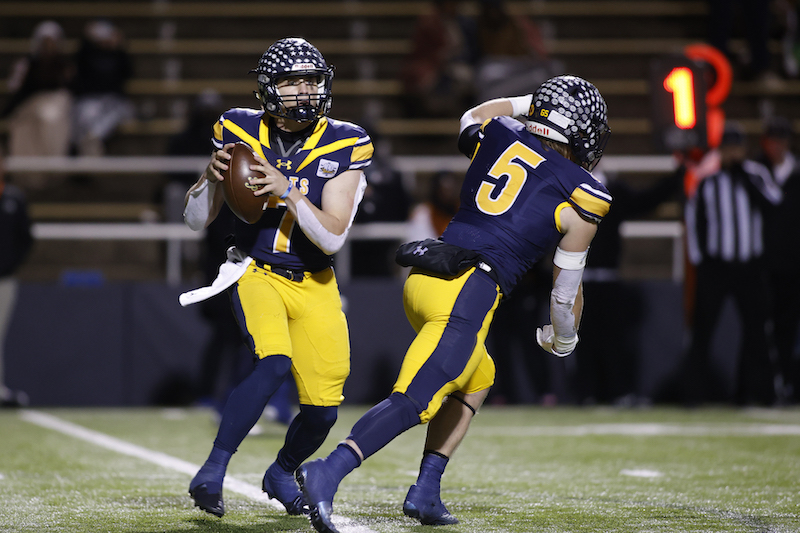 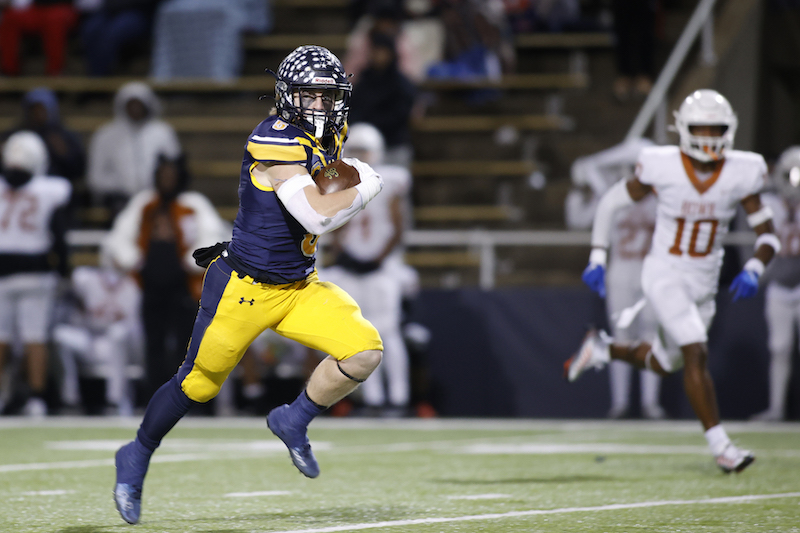 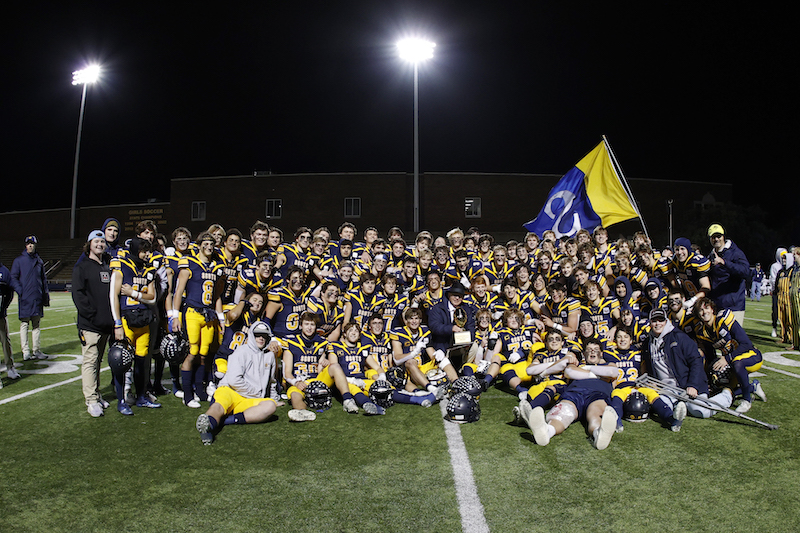 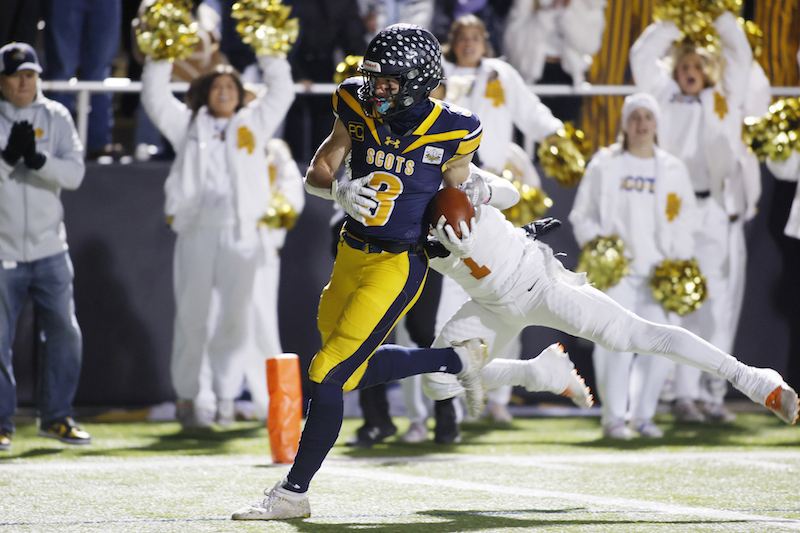 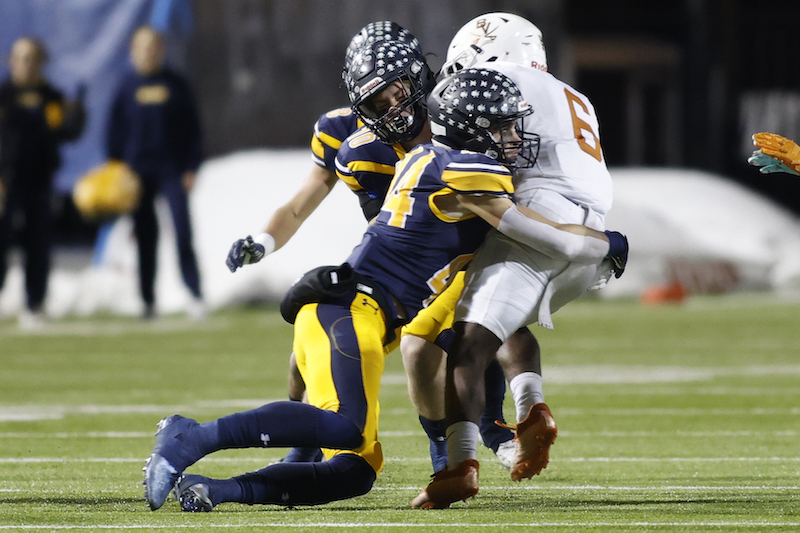 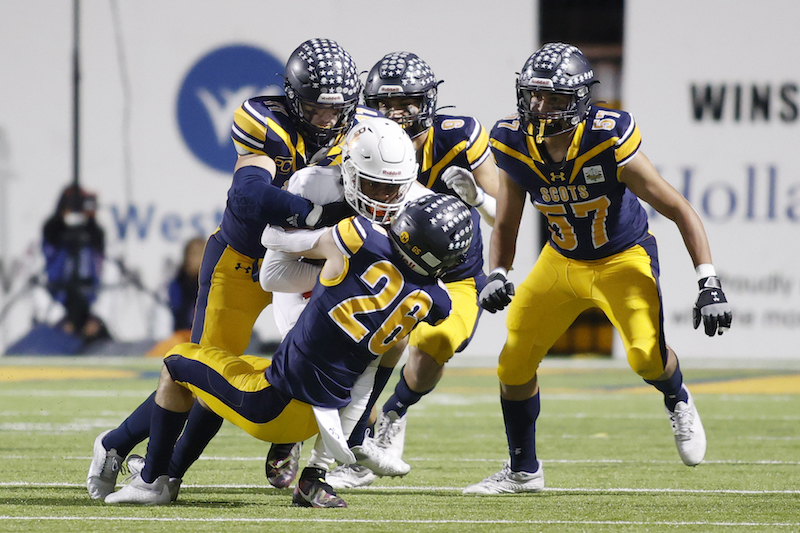 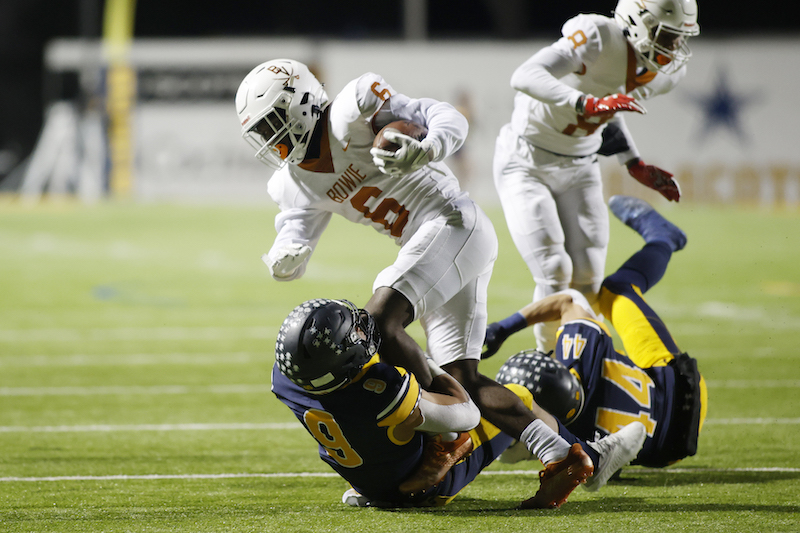 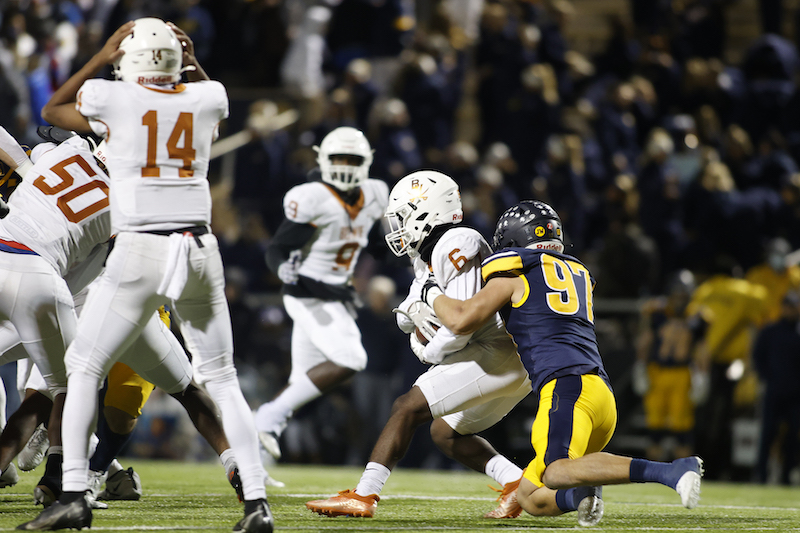 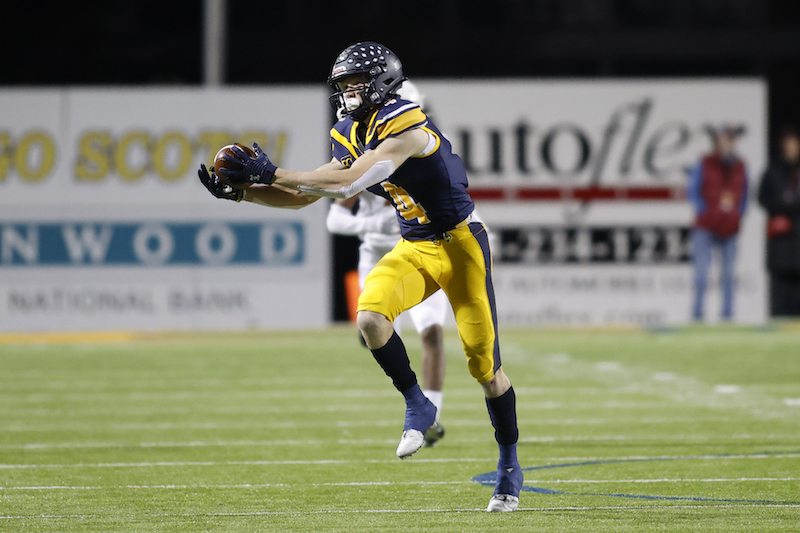 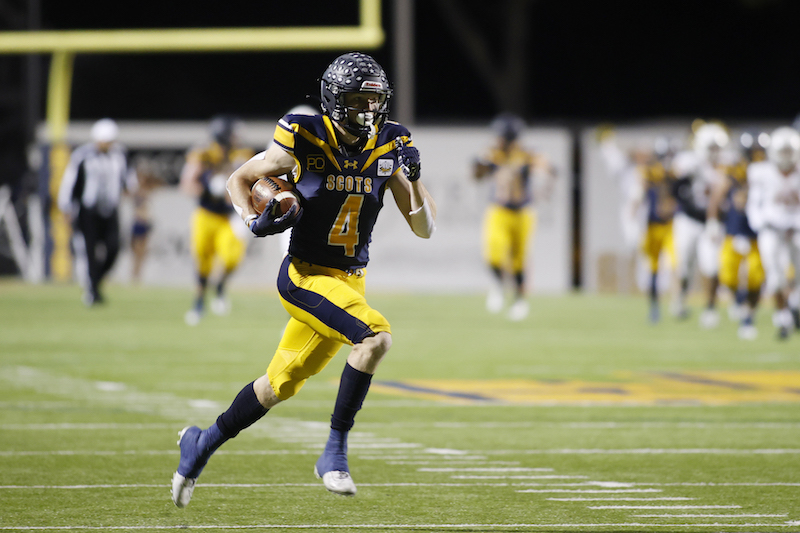 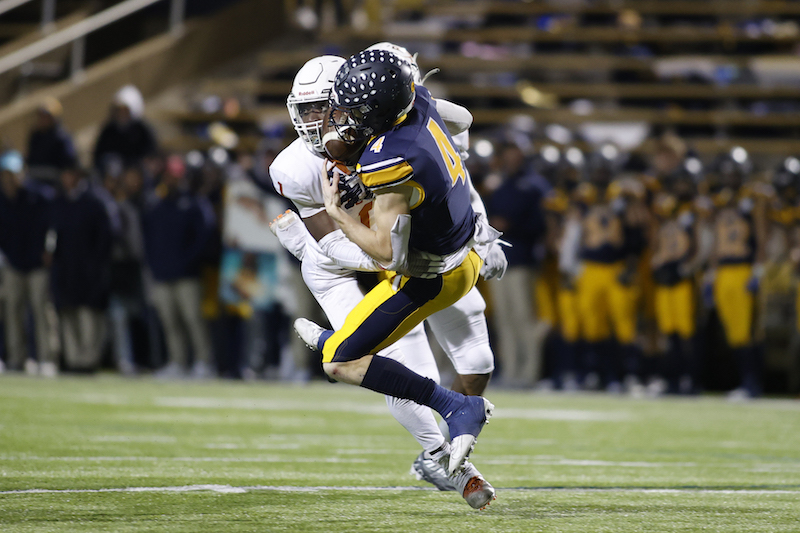 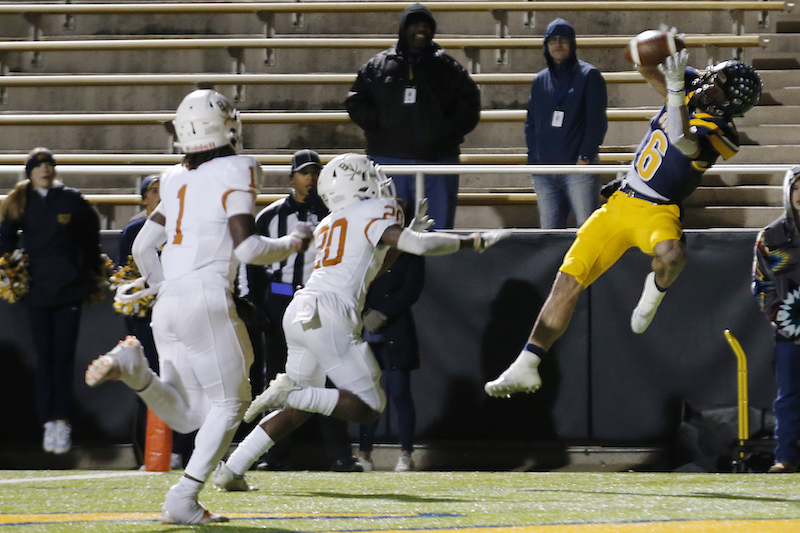 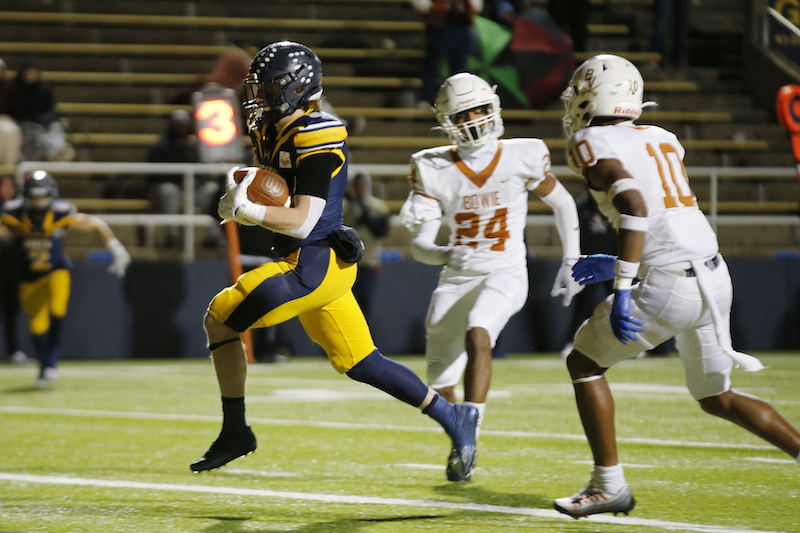 One thought on “Scots Put Away Bowie in Playoff Opener”