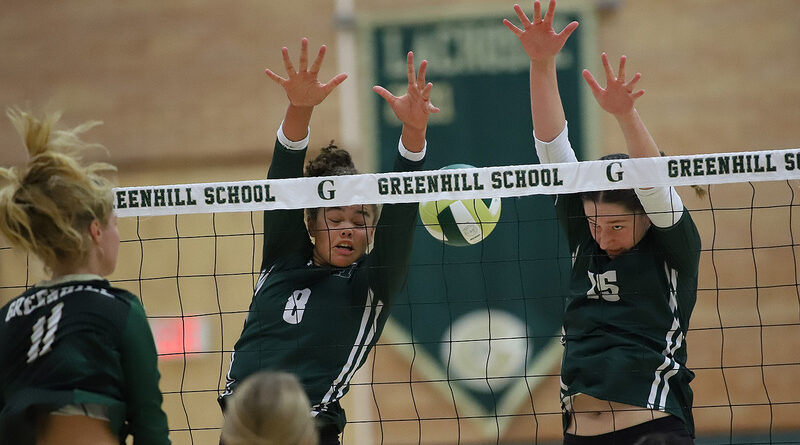 Hockaday came up just short in its quest for a second consecutive SPC volleyball championship on Saturday in Houston.

The Daisies were swept in the championship match by Houston Episcopal, which was the top seed in the tournament and playing on its home court.

For the first time in more than 20 years, no Dallas school won a team championship at the SPC fall tournament.

Hockaday opened with a sweep of Episcopal School of Dallas in the first round followed by a four-set victory over Houston St. John’s. The Daisies (22-12) were unbeaten in North Zone league play, earning them the second seed overall. They also defeated several public-school opponents during the season including Hebron, Mesquite Horn, and Prosper Rock Hill.

In boys volleyball, top seed and defending champion St. Mark’s was upset by eventual tournament winner Fort Worth Trinity Valley in five sets in the semifinals on Friday.

The Lions, who split two matches with Trinity Valley during the regular season, also fell in five sets in Saturday’s third-place match to Oklahoma City Casady.

St. Mark’s was seeking a three-peat in boys cross country but managed only a fifth-place finish in the team standings, well behind champion Austin St. Andrew’s. Parker Steinbrueck and Trey Stager each finished in the top 15 individually for the Lions.

On the girls side, Hockaday sophomore Jordan Lacsamana earned an individual bronze medal and led the Daisies to a third-place showing in the team standings.

Thompson was the reigning champ in the race. In the spring, she will look to defend her titles in two distance races at the SPC track meet, as well as the steeplechase at the Texas Relays.