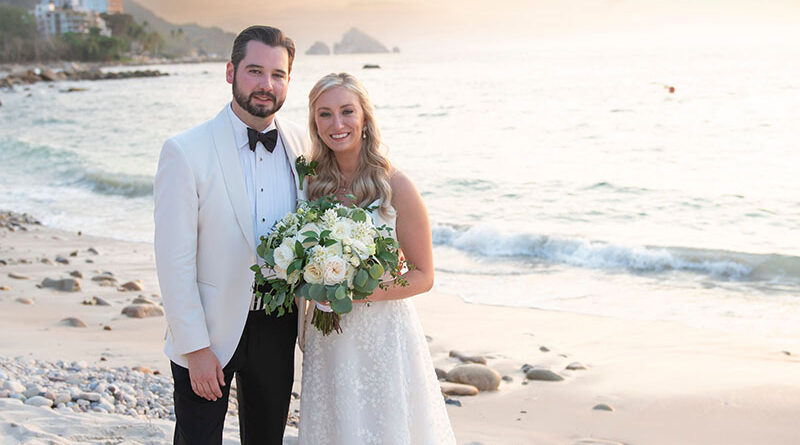 The bride is the daughter of Mr. Greg Hopkins and Ms. Angie Hopkins of Little Rock, Arkansas, and the granddaughter of the late Mrs. Joyce (Francis) and Mr. William Newsom and the late Mrs. Winnie (Baker) and Mr. Delbert Hopkins.

The destination wedding weekend began on Thursday evening when a full mariachi band welcomed an intimate group of friends and family to the Garza Blanca Preserve Resort for a cocktail party at the Hotel Mousai.

On Friday, the groom’s parents hosted the rehearsal dinner at Café des Artistes, followed by margaritas, a tequila donkey, and a parade down the beach with Mojigangas–larger-than-life Mexican puppets–culminating with a fireworks display at the shore.

Billy’s first glimpse of his bride for their Saturday wedding was captured at a working carousel on the resort property just before the ceremony. Then they made their way to the pool deck overlooking the Pacific Ocean at Garza Blanca Resort. Billy and Ali made their vows under a flower arch with the white sands  and the cerulean blue of the bay in front of them and the lush jungle behind them.

The bride chose a Caroline Castigliano gown from Stanley Korshak Bridal, featuring a white V-neck bodice and an A-line skirt embellished with clusters of sparkling flowers. Ali carried a bouquet of white roses accented with eucalyptus and greenery.

Billy presented each of his groomsmen with apparel fitted by Mister Tuxedo. Special touches included custom ivory jackets with their names monogrammed inside, worn with black bow ties, and colorful Mexican artisan suspenders.

The couple imported their favorite DJ, Blake Ward, from Dallas for dancing under the stars at La Sierra Events Area at Garza Blanca. Lights strung above the reception area, which sat amid the jungle, increased the fairytale feel of the evening. Ali and Billy’s entrance to the reception and their first dance were accompanied by cold fireworks. Guests were treated to specialty cocktails of various margaritas  and mojitos with swizzle sticks sporting their dog Georgia’s photo, hand-rolled cigars, and a photo booth. Finally, the newlyweds departed the festivities in an old-school car. Rebeca with The Wedding Mexico tailored the three-day affair for Ali and Billy.

Ali is a  2011 graduate of Pulaski Academy in Little Rock, Arkansas. She completed her Bachelor of Business Administration degree from Southern Methodist University in 2015 and a Master of Science degree in Accounting in 2016. She is employed as a tax manager with PwC, specializing in MLP partnerships. She is a member of the Slipper Club of Dallas.

Billy is a graduate of the 2009 Class of Highland Park High School. He studied real estate and Spanish at the University of Georgia, graduating in 2013 with a Bachelor of Business Administration degree. He is a licensed real estate broker with National Realty Partners  and is the owner of Mister Tuxedo in Snider Plaza. In 2018, Billy purchased the 60-plus-year-old Park Cities staple from Harold Bell, his neighbor in the plaza, and has successfully been running it since then. In addition, he is a member of the Honor Guard Board of Governors, which supports the Dallas Symphony Orchestra League.

As a couple, they are both active members of Highland Park Presbyterian Church. After a honeymoon tour of Great Britain and Ireland, the Langhenrys have made their home in University Park. 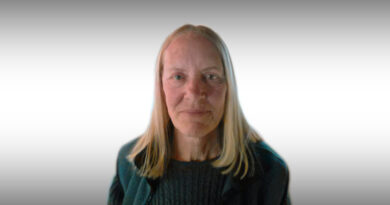 Tying The Knot? You Could Be Our Next Cover Bride 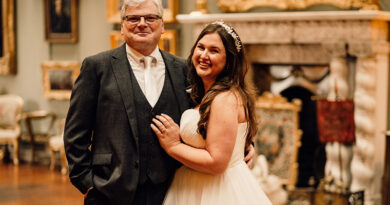