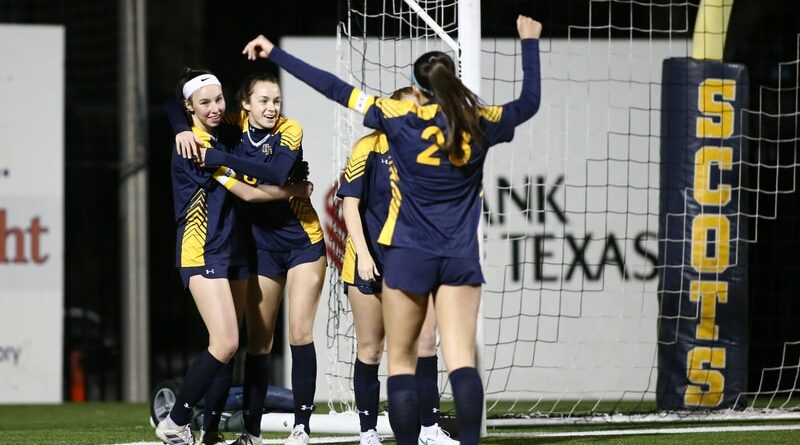 Even by Highland Park’s lofty standards, the undefeated run through District 13-5A this season was quite impressive.

The defending Class 5A state soccer champions capped their remarkable regular season on Friday with a 9-0 home win over West Mesquite. In its 14 league games, HP outscored its opponents by a combined 97-3.

Overall, HP has won 28 consecutive games dating back to the abbreviated 2020 season, with 25 of those by shutout. The team hasn’t lost to a Class 5A opponent in almost three years.

The Lady Scots (17-0, 14-0), who are averaging 6.6 goals per game, will begin the playoffs later this month, likely facing either Cleburne or Red Oak in the bi-district round.

Meanwhile, the HP boys also completed an unbeaten run through district play with a win over West Mesquite on Friday. Their league title is the program’s first in 23 years.