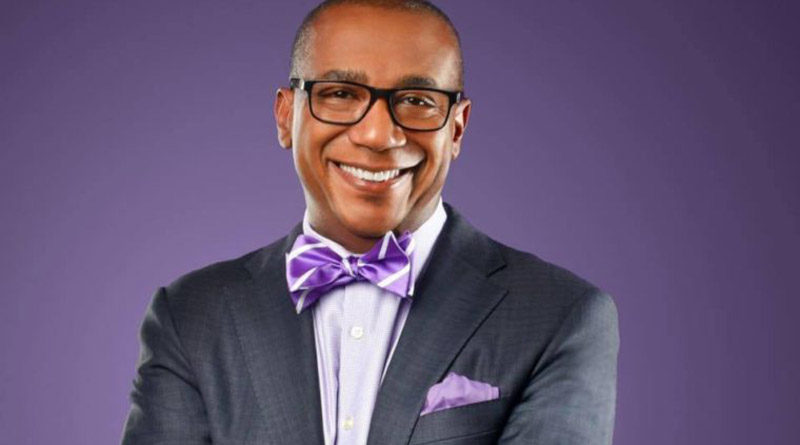 The Arts Community Alliance picked a familiar face for its new Carlson President and executive director — Terry Loftis, a longtime community arts advocate, philanthropist and Tony-nominated Broadway producer who is a Dallasite through-and-through, graduating from Booker T. Washington High School for the Performing and Visual Arts.

Loftis is succeeding Wolford McCue, who will continue as a consultant through the end of the year.

“We are thrilled to announce that Terry Loftis has been chosen as our next Carlson President and Executive Director,” said Tara Lewis, TACA’s board chair-elect.  “Terry embodies the character, arts experience, and vision that’s vital to our organization and our stakeholders.  With Terry’s thoughtful leadership, TACA will continue its important transformative work in the Dallas arts community and provide critical resources for the arts and artists to thrive here.”

“We are fortunate to have an extraordinarily talented team in place at TACA as we transition to a new leader,” she said. “Together, they are essential in ensuring that our operation is focused on developing new donors and supporters, elevating our brand to new audiences, and continuing our mission to serve the arts community.”

The organization, which supports arts in the area through grants, mentorship and capacity building, has been a local force since 1967.

Loftis has enjoyed a 25-year career in the advertising and marketing industry, and also served as vice president of the Broadway Strategic Return Fund in New York, which co-produced two Tony Award-winning productions, “Once on This Island” and “Hadestown.”  In addition, he was a co-producer of two acclaimed shows, “Bandstand” and “The Visit.”

He’s also active in the Dallas arts and philanthropy community, serving on the boards of Black Tie Dinner, Resource Center  and the President’s Council of the Advisory Board of Booker T. Washington.  He previously served on the boards of Friends of the Katy Trail, USA Film Festival, TITAS/Dance Unbound, and The Dallas Way.

Earlier this week, Loftis said that the wider array of arts offerings in the area is something that’s different from his youth at Booker T. Recalling the bus rides to Music Hall at Fair Park to hear the symphony, he said the amount of diverse offerings these days excites him.

“For so many years we had the staples – the DSO, the DMA, the DCT, and so on,” he said. “Where we are today, there’s this vast array of programs across the arts.”

And from an artist’s perspective, he said that the availability of arts programs to hone and nurture talent is encouraging.

“Today you have a bigger array, and the benefit of that is it opens up more opportunities for artists to stay in Dallas and actually have a career,” he said. “Now, of course, you’re still going to have to go to Broadway if your dream is to be on Broadway, but you do have the availability here now to create a career to fit an artist’s needs.”

That doesn’t mean that there isn’t room for improvement, though. Loftis said he hopes that the gaps within genres will be filled, too, mentioning jazz as an example of a gap in Dallas’ art and music world.

But it’s also a good time for young art lovers, too, Loftis said.

“From a young consumer’s standpoint, there’s no better time to be in Dallas,” he said, adding that while some in the art world argue that marketing to a younger demographic isn’t productive, he sees it as an opportunity — and a responsibility.

“I would argue that it’s up to arts institutions to shine a light on all of the arts in Dallas for everyone,” he said. “There’s so much available now, and it’s up to us to reach out to this younger demographic.”

Reaching out to young art enthusiasts (and creating new art appreciators) also makes good fiscal sense. “We want to cultivate the next wave of megadonors,” Loftis said. “One of my objectives is to pursue that younger demographic, and make it affordable for them right now.”

Loftis is aware of how TACA’s support impacts the North Texas arts community, too.

“Primarily, TACA has been the gold standard when it comes to supporting the arts,” he said. “I would say it’s even more relevant now than previously, because of the diversity of programs now.”

“It came up in conversation with friends recently, in fact,” he added. “Someone asked me, ‘Why is TACA relevant? Why can’t I just write a check to the Sammons Center directly?’ I explained that by supporting TACA, you’re not just supporting those cornerstone arts organizations, but you’re also helping smaller organizations.”

The TACA seal of approval also helps those smaller arts organizations with their fundraising and marketing, and without TACA grants and help, some of these programs might be in danger of having to do smaller-scale projects and programming, he added. Besides grant money, the organization also offers mentoring and assistance to fledgling organizations that may not be able to, for instance, efficiently identify their donor base.

Although he’s just a few days into the job, when asked what he thought the best part of it would be, Loftis laughed.

“Without dying from exhaustion, it will be attending the performances by the beneficiaries we fund – as much as I can,” he said, adding that these companies seeing him in their audiences is an important part of his job.

“If someone sees me asleep in my car in a parking lot, it probably means I’m late for a performance,” he said, chuckling. 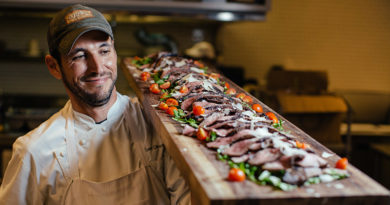