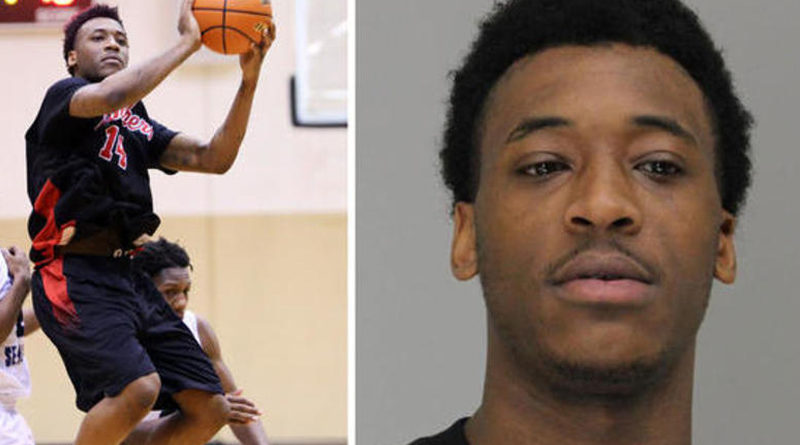 Sydney Gilstrap-Portloy, a 26-year-old who posed as a high school student at Hillcrest in 2018 and dated a 14-year-old, has agreed to a plea deal and received six years probation, per officials.

Gilstrap-Portloy was charged with three counts of indecency with a child and one count of tampering with government officials. He will not serve any time behind bars.

Gilstrap-Portloy must register as a sex offender and the judge told him that he is not allowed to have “any contact whatsoever” with the 14-year-old going forth.

“You are not to call, text, send an Instagram message or a tweet, a message in a bottle, a carrier pigeon, or a telegraphic thought,” the judge told him at sentencing.

Upon returning to Hillcrest in 2018 to relive his basketball glory days, he began a relationship with the 14-year-old girl, according to police. Gilstrap-Portloy felt the girls’ breasts above her clothes, and asked to have sex with her. The girl declined.

The 26-year-old was caught by a high school basketball coach he played under in 2011, at a game between his former and present school.

More could come from this case in the future, as the girls’ mother is pursuing legal action against Dallas ISD.

A registration slip allowed Gilstrap-Portloy the opportunity to enroll at Hillcrest due to the then-25-year-old’s claim that he was a homeless victim of Hurricane Harvey. Dallas ISD, at the time, was lenient in allowing homeless or displaced students to enroll.

However, Gilstrap-Portloy’s plan was always centered on basketball: Play a few years of high school ball, then travel overseas to play professionally.

With his plan thwarted and a probation tag, Gilstrap-Portloy is reportedly attempting to launch a rap career.