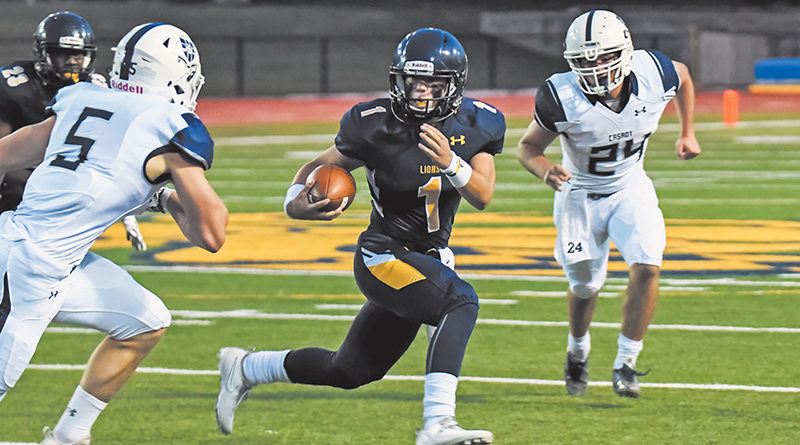 As St. Mark’s looks to continue building on its bounce-back campaign from a year ago, a lot of familiar faces will be part of the effort.

The Lions will return 15 starters — including 10 on defense — from a squad that quintupled its victory output last season against a rigid SPC schedule. Some key contributors graduated, but several others remain.

(ABOVE: Colin Neuhoff completed more than 64 percent of his passes and accounted for 18 touchdowns last year. Photo: Rob Graham)

“They kind of set the standard and the culture that we’re trying to get created. Now, this current group has kind of continued that,” said longtime head coach Bart Epperson. “We’ve got a great nucleus returning from last year.”

Those returnees start with dual-threat quarterback Colin Neuhoff, who passed for 1,244 yards and 15 touchdowns last season, and also rushed for a team-high 358 yards and three scores.

“He’s a great manager of the offense,” Epperson said. “He’s been getting his body and mind in top form. Now he’s experienced and the game has kind of slowed down for him a little bit. He’s doing all the things he should be doing to have another great year.”

Two of Neuhoff’s top receiving targets also are back. Ryan Warner is poised for a breakout season, and Paxton Scott paced St. Mark’s in yardage in 2017. Jonathan Taylor returns at tailback, while Landon Wood is a three-year starter at center.

On defense, a unit that was young last season should benefit from experience and continuity. Davis Malouf anchors the linebackers, while Carr Urschel is a standout at defensive end. Anthony Andrews and Blake Rogers lead the secondary. 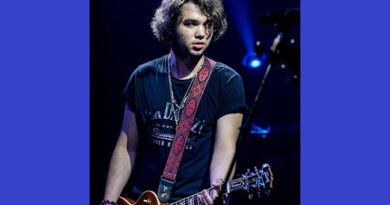