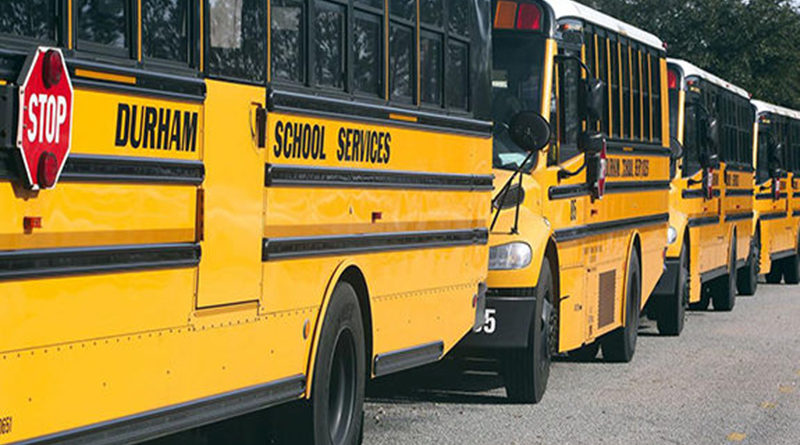 Highand Park ISD will use Durham School Services for busing in 2018-19. (Courtesy photo)

The district will be using Durham School Services, of Lisle, Illinois, for transporting students with special needs to and from school next year. Durham buses will also be used for field trips and athletic events. Cameras will be required on each bus, officials said.

The switch to Durham was prompted by voters’ decision last year to shut down Dallas County Schools, the previously-used busing service that faced allegations of financial mismanagement and late buses.

The HPISD school board voted unanimously for Durham at an estimated price of $434,654.80 per year.

Four regular routes are expected, with the district listing its special education population as less than 24 students. The traditional home-to-school service will cost approximately $278,000, while the extended year service costs an additional $31,736.

HPISD spokesperson Jon Dahlander said the process “went well” to determine a new busing contract. Eight services were contacted by the district, Dahlander said, but Durham was the only one to respond with a bid and proposal.

The number of students in the district requiring transportation could impact the number of routes driven in 2018-19, Dahlander said.

“If ridership increases to a point where it increases the number of hours needed, then our cost will increase,” he said. “We don’t anticipate that happening, but we’ll monitor it.”

Durham by the Numbers:

16,300-plus school buses operated
400-plus school districts served
31 states with Durham customers
3 buses when the company started in 1917 in California
Source: durhamschoolservices.com

Want to Be a Lifeguard? Apply Now