It would be easy to look at times and race results and assume that two freshmen are carrying the Highland Park girls cross country team.

But they don’t see it that way. Although Sophia Oliai and Cameron Fawcett have crossed the finish line in front of their older teammates for much of this season, they stress that they’re only doing their part to help the team.

Such is the philosophy that has perpetuated a legacy of success that spans more than four decades. In fact, when HP ran at this year’s Class 5A state meet in Round Rock, it marked the 43rd consecutive year in which the Lady Scots sent at least one runner to state.

After finishing 10th in the team standings a year ago, HP improved to seventh this time, despite having just one senior and one junior as part of the seven-person squad.

“They were young. They really didn’t understand what it was all about at the beginning,” said HP head coach Susan Bailey. “Some of the older kids tried to teach them about what the team was about — how to race as a team and not as an individual. We knew that they had potential. We just didn’t know if they believed in themselves.”

Jordyn Kaplan, who advanced to state as an individual in 2015 before returning this year as the team’s lone senior, said the team-oriented mindset makes a big difference.

Oliai and Fawcett each made promising debuts at state by finishing in the top 15 individually. They were followed by a trio of sophomores who returned as seasoned veterans.

“Adjusting to running on the varsity team wasn’t that hard because I had a lot of older runners that I could ask about the tradition and about practices,” said Oliai, who won a race in Rowlett in September.

“The tradition is really important,” said sophomore Gracyn Applegate. “You’re trying to run for the other people in past years, and you don’t want to let them down even though they’re not on the team anymore.”

The Lady Scots consistently have more than 100 runners in the program at the JV and varsity levels, which provides opportunities to run in packs, as most successful programs do.

“Having competition within the team and running with people you know definitely motivates you and helps you get better times,” Fawcett said.

The youth on this year’s team was unusual, yet signaled enough promise that the future of the program continues to look bright.

“It’s fun to look and see what we could have in the future. Everyone just has to stay on the same page and stay focused in on a goal,” Bailey said. “They’re going to have to hang together. Great things are ahead.” 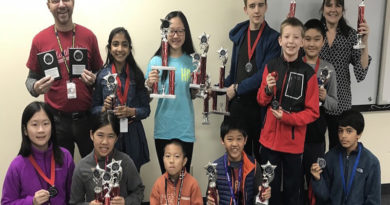 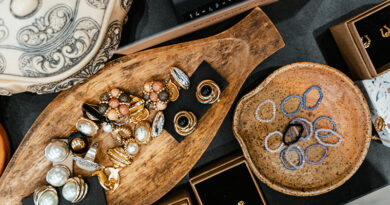