Tim Gunter, the new Highland Park High School band director, was the recipient of a surprise office redo. Can we get the guy a nanny cam?

Dear Band Family,
As I told you from the very beginning of our relationship together, we were, have, and are going to share everything that happens to us as a band family, whether the news is good or not.  Many of you have already heard of the vandalization of my office late last night or early this morning, since it was there for all to see as the day unfolded.  When I arrived a little before 7:00 am this morning, I first noticed the shoe polish on the windows of my office, signed SKA ’11, but the news got much worse when I opened the door.  Someone with a key had entered both the band hall and my office and completely trashed everything with toilet paper and several boxes of Lucky Charms cereal (grinding a lot of it into the carpet), including the mounds of cereal dust on my computer keyboard and other sensitive places in my office.  All of the drawers were completely filled with cereal.  I took a lot of photos for evidence and have attached a few of them for you to see.  While I am very unhappy with the behavior of the student or students who violated our band home, I am not writing tonight looking for sympathy.  I just think you need to see and hear what happened from your director.
I could write a lot of words tonight, but let me get straight to the point.  I have a plan for the growth of our band program, and am determined more than ever to see it through.  If the intention of the vandal(s) was to make me mad, they achieved that, but only to a point and not for the reason they think.  If the intention was to run or scare me away, they do not know me very well.  Challenges only fortify and motivate me to work harder than ever with the students and parents who want to achieve great things in the HP Band Program.  This sort of nonsense only gives me more focus and energy as we forge ahead with our plans to make HP a program of excellence in every way.  I still believe in the great potential of our students and know that great things are ahead of us.
The saddest part of the day was having to watch 99% of our student’s faces, as many of them took this personally.  Many apologized to me on behalf of whoever did this, which I appreciated very much.  That 99% of us had to deal with this really stupid act because 1% or less acted without thinking, or perhaps worse by believing that what they did was appropriate and cool, is not fair to the band that the vandals claim to love and defend.
Here is all I ask.  If you trust me to build your program, get on the train with me and let’s roll.  Building a program is a process that takes steps like everything else, some small and some large – lasting success is not built overnight.   If the students who did this plan to be in our band next year and are reading this email, I ask you to do one of two things:
1) come visit about whatever your problem with me is and let’s see if we can find some common ground to work together.  It is not a rare thing for a person who lashes out like this to make an attitude adjustment and become a successful and contributing member of our family.  This is the scenario I would prefer.  Or,
2) if you are dead set against what we are doing, there are a lot of us who are asking you to get off the train, because all you are going to do is hinder our progress down the road.  You didn’t just hurt me today – you took a shot at our band family and there are a LOT of people offended by your actions.
Classes may be coming to an end, but the process of building a band program never stops.  I encourage everyone to put this behind us and let’s move on to more positive issues.  I am excited about the days ahead and hope you are as well!  Go HP!!!!
Tim Gunter
Director of Bands
Highland Park High School 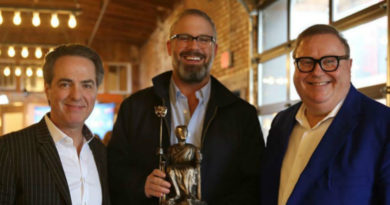