SKULDUGGERY OF THE WEEK: DON’T WASTE YOUR ENERGY

A resident in the 3700 block of Granada Avenue reportedly threatened an Atmos Energy employee at 3 p.m. Sept. 28 for attempting to turn off their gas due to non-payment.

Police arrested three suspects just before 6 p.m. in the 6500 block of Hillcrest Avenue. All three had multiple arrest warrants from another jurisdiction, and two were charged with unlawful possession of a firearm by a felon, and possession of marijuana and controlled substances.

Carl Everett Duncan, 55, was arrested at 4 p.m. in the 4700 block of Drexel Drive for aggravated assault with a deadly weapon.

A driver said she was looking at her GPS when she unknowingly ran a stop sign and was struck by an SUV just after 2:30 p.m. in the 4200 block of Lakeside Drive. The crash caused her vehicle to hit a no-parking sign.

The back hatch window on a 2009 Chevy Tahoe was popped open between 9:30 p.m. Sept. 29 and 12:30 p.m. Sept. 30 while parked in the 3600 block of Shenandoah Avenue. No items were taken from the vehicle, but there was damage to both the rear hatch lock and a piece from underneath the dash.

At 8:15 a.m., two Trek bicycles were discovered missing from the backyard of a home in the 3600 block of Mockingbird Lane. The owners last saw the bicycles around 3 p.m. the prior day.

Between 1:30 p.m. Sept. 30 and 2 p.m. Oct. 1, a one-inch hole was made just below the door handle on a 2015 Yukon Denali in the 4300 block of Beverly Drive. The hole appeared to be caused by a screwdriver. It is unclear if the damage occurred when the vehicle was parked in front of the residence, or after 10 p.m. when it was moved to the gated, locked driveway – in which case the suspect would have had to jump the fence.

An unknown suspect entered Highland Park High School via the roof at 6 a.m. Sept. 24 and stole $150 worth of property, including a Texas Flag from the front reception area. The incident was reported just after 1 p.m. Sept. 27.

A 2008 Chevrolet Suburban was broken into between 8 p.m. Sept. 26 and 8 a.m. Sept. 27 in the 4100 block of Stanford Avenue. It appeared someone attempted to take the third-row seats, but they were still intact.

An $8,500 Rolex Oyster Perpetual watch was reported stolen shortly after 1 p.m. in the 3000 block of Lovers Lane. The watch was last seen at midnight Sept. 6.

Three suspects were arrested just before 2 p.m. after using firearms to threaten a man when he caught them breaking into his vehicle in the 3700 block of Centenary Drive. Police caught the suspects after a short vehicle pursuit, which ended in a crash. A $20,000 2011 Chevrolet was recovered, and an outstanding value of $7,300 in stolen items from other vehicle burglaries remains.

A 58-year-old resident in the 3300 block of Amherst Street discovered around 4:30 p.m. that someone used his information to withdraw funds from his Equity Institutional retirement account.

An unknown suspect smashed the glass front door between 4:30 a.m. and 5:40 a.m. at Luxury Garage Sale at Snider Plaza and stole one dozen luxury designer handbags at a total value of $77,175. 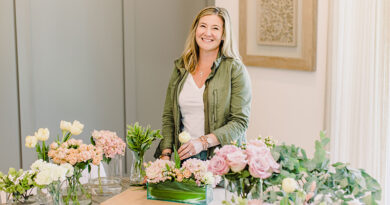 Retiring Smallwood Made Big Impact on UP