A dozen officers tested for the opportunity to promote to sergeant, Lt. Lance Koppa said.

Each of the newly promoted supervisors received a promotion plague described by Koppa as a “labor of love” by their chief.

“Chief Rick Pyle purchases the frames and mattes, then he cuts the mattes for the promotional letter, patch, rank pins, and department challenge coin,” Koppa said. “It’s truly an awesome gift to receive.”

All of the newly promoted supervisors are assigned to the Operations Division, meaning they serve on a shift that works 24 hours “on,” and 48 hours “off,” rather than the Monday through Friday with on-call duties shift worked by administration, which includes the chief, assistant chief, fire marshal, and public information officer. 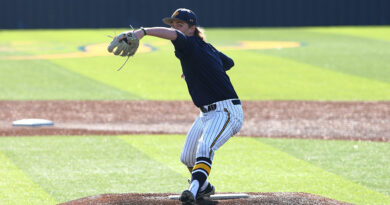