A decade ago, Highland Park was the dominant team in the state in girls swimming. But these days, it’s the boys who are making a splash.

The Blue Wave will be represented by six swimmers at the Class 5A state meet this weekend in Austin, all in boys events. The resurgence included a boys team title at the Class 5A Region II meet earlier this month in Frisco.

Felix Van Cauwelaert has led the charge for the HP. After swimming in two individual events at last year’s 6A state meet, he will aim for a podium spot this time around after winning regional titles in the 200 freestyle and 500 freestyle. He also will anchor both freestyle relays, which likewise claimed regional gold.

The group will look to produce the first top-10 finish in the boys team standings at state since 2007. The 5A state meet will begin with preliminary heats at 5:30 p.m. Friday, with finals slated for 3:30 p.m. Saturday at the Texas Swim Center in Austin. 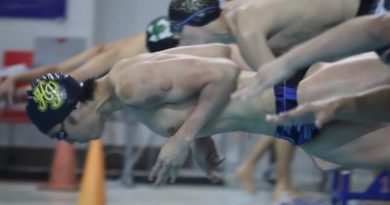 Check Out the Blue Wave in Action