Stewart Cohen might have reached the pinnacle of the art world with his latest exhibition.

The Bluffview photographer’s work will be on display at The Louvre in Paris on Nov. 14-16 as part of the fifth Fotofever Photography Art Fair. The exhibition is being coordinated by Duncan Miller Gallery in Los Angeles.

Cohen’s photos in the exhibition are from his upcoming book Innocent Bystanders. The images were shot on two continents and attempt to convey a visual journey.

“This body of work stems from the off hours of my life as a traveler,” Cohen said. “Mostly shot at night, when spaces come alive, this series focuses on people and places in a way that emphasizes isolation and the mysterious nature of life.”

Fotofever was founded by Cécile Schall, granddaughter of Roger Schall, famed French photographer of the 1930s and 1940s. The Fotofever Photography Art Fair takes place during the Mois de la Photo in Paris, and gives collectors the opportunity to view work from photographers around the world. This year, Fotofever includes selections from more than 100 international galleries.

“Cameras have offered me the opportunity to visually express the world around me. Creating imagery has allowed me to travel to places I could never have imagined and to meet people that I would never have had access to otherwise,” Cohen said. “Through this voyage, I have developed a voice and a style that honors the subject regardless of who or what it might be. I’ve learned that reality is a lot weirder than I could ever be, so I have taken that as a cue to explore our world and to document it. I don’t judge. I merely interpret it from my skewed perspective.” 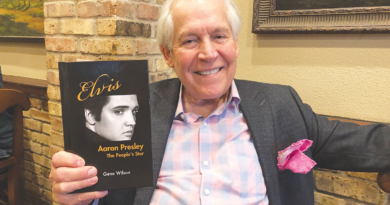 Thank You, Thank You Very Much For Writing This Book