Tuesday night wasn’t just a normal meeting for the Friends of the University Park Public Library. It was a night to honor those who made it possible with the unveiling of the Donor Wall.

Donors, library patrons, and neighbors gathered at the library’s new digs in The Plaza at Preston Center and chatted over champagne and hors d’oeuvres. Scrapbooks of the library’s history brought back memories from decades past.

“Those of us who have been working on the library for a long time are thrilled,” Friends member Suzanne Roberts said.

Finally, it was time for the unveiling. Brad Todd, chair of the library’s capital campaign, and outgoing Friends president Byron Egan made a few remarks before pulling down a black felt curtain. A number of bronze tiles were revealed to honor the donors, with the tiles varying in size to reflect donation amounts.

“This is for our community, and we’re all here to celebrate that,” Egan said. “It’s a great day, and we appreciate the opportunity to share it with everybody.”

The 25-year-old library has been housed in The Plaza at Preston Center only since January. While the facility was being built, the library found temporary housing at the city’s Peek Service Center across Central Expressway. As many patrons know, its longtime location was in the Chase Bank building on Hillcrest Avenue.

“It’s a culmination of a thousand hours of work by the Friends,” University Park’s citizen of the year Bill Skelton said. “They should be very proud.”

Despite opening the doors to its new home, the library still seeks more support through donations and volunteer hours, in order to make sure it is a special place for families and students.

“It has been an exciting two weeks,” library director Sharon Martin said of the festivities surrounding the donor wall unveiling. “University Park is such a great place and such a well-run city.”

But at Tuesday night’s meeting, as those long-working volunteers and donors were honored, it was also time for the Friends to transition from old officers to new.

“This is a fabulous opportunity to thank all those families and individuals who have helped along the way,” incoming president Julie Nunez said. 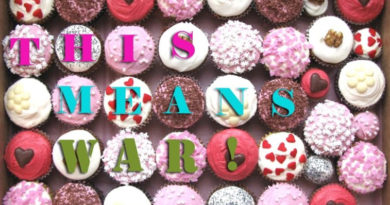 University Park Neighbors Made Most of App-ortunities