A man was robbed at gunpoint in Highland Park last night, police said, a rare instance of person-on-person violence in the town.

At 8:40 p.m., a man was walking on Hillcrest Avenue near Dartmouth Avenue when another man lept out of the alley. The attacker pointed a handgun at the victim, then demanded his phone. The victim complied, and the robber fled on foot.

“It’s pretty uncommon for us to have an aggravated robbery,” said Highland Park DPS spokesman Lance Koppa. “We just don’t get that many personal crimes like that.”

The victim —who was not injured in the attack — believes the suspect fled in a tan minivan, with a dented passenger side. Earlier in his walk, the victim believes he saw the same van on Abbott Avenue, but he ignored the driver when he attempted to get the victim’s attention. The suspect is described as a Hispanic man in his early twenties, 6 feet tall and 200 pounds.

“You kind of never know when it’s going to happen,” Koppa said. “Grocery store, the mall, heck you’re walking down the street. Everyone should remain vigilant.” 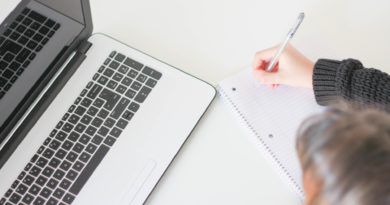 One thought on “Man Robbed at Gunpoint on Hillcrest Last Night”