It seems to be a rite of passage here at People Newspapers when it comes to reporting the odd theft of SUV third row seats.

Previously, staff writers Bradford Pearson and Claire St. Amant commented on the peculiar burglary in stories and blog posts last year. After a little chat with them, I found out this is no mere phenomenom that take place randomly, and is what seems to be a real target, if not the main goal, for SUV burglars.

Before I found out that there is an actual market for these seats — partially because they’re being stolen in the first place — my thoughts were that when one breaks into an SUV and finds nothing, do they think, “Hey, why not the third row seat?”

This idea only perpetuated my assumption that those who steal have no furniture, nor the desire to antique, making the luxury of a leather bench too hard to pass up.

But in my few weeks here I have seen a shocking amount of these cases in the Park Cities area. The seat thefts are usually on large Suburbans — Chevy Tahoes, GMC Yukons and Cadillac Escalades have been recent victims — coupled with the theft of rims and tires, pressure sensors and hub caps.

In the last two weeks, three SUV’s had their wheels taken, four had just their third row seat taken, and two had both seats and wheels removed from their cars. In one of the cases, two SUV’s were burglarized in the same block — one had the left two wheels taken, the other the right two.

All these thefts have been occurring overnight, and, according to reports, some enter the vehicle by popping open the back window or easily enough, through unlocked cars.

If you, or anyone you know, has been a victim of these kinds of crimes, please email me at [email protected] 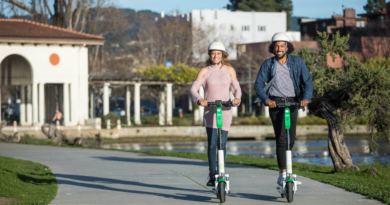 Mark Your Calendars For ‘UP With Reading’

12 thoughts on “The Backseat Burglars Strike Again in Park Cities”