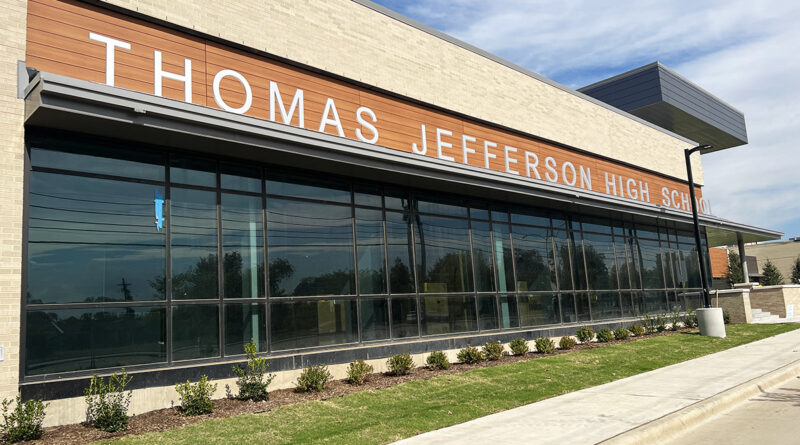 The renovated campus will be a ‘homecoming’ for class of 2023

Slightly more than three years later, the newly renovated high school campus will open for the 1,400-student population in January.

“This has been a long journey for our community, both inside the school and outside the school, and it takes partnerships to ensure that we’re able to rebound from things that have occurred,” Elizalde said.

When the tornado hit, Elizalde was serving as the district’s chief of school leadership. The Thomas Jefferson students have been learning at the former Thomas Edison Middle School ever since.

Elizalde looks forward to returning the school to its neighborhood and having a facility where the exterior matches the interior.

“We’ve taken something that was a destruction, and now we’re going to be able to have a debut,” Elizalde said. “We are going to have the excitement back in this building, newly-renovated.”

She described the high school as a “private school education at a public school price.” Community members can expect high-caliber teachers, outstanding school leaders, and events such as open houses and parent nights, she said.

“Our vision is to keep the students that we have and to re-energize folks to say, ‘Hm, maybe I’ll invest in my kid’s college education, and I can send my kid to public education and use those dollars for college,’” Elizalde said. “We’re all ready to accept them because we have the greatest teachers, leaders, [and] support staff. I promise you that.”