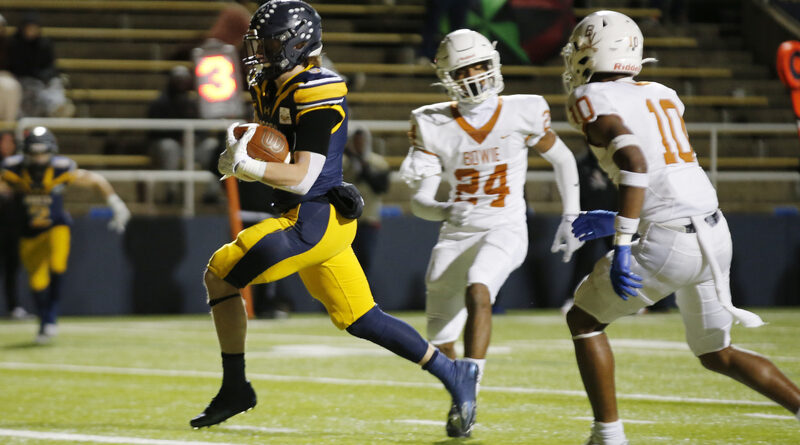 Highland Park has been here before. The biggest hurdle in the transition from Class 5A to 6A isn’t always during the regular season, but the playoffs.

Indeed, the Scots have passed every test in the state’s largest classification this year with a perfect run through District 7-6A and a top seed in the Division II playoff bracket.

Their reward is a second-round showdown with fellow unbeaten and last year’s state runner-up, Denton Guyer, on Friday at The Star in Frisco.

The matchup features two legitimate powerhouse programs, as HP won three 5A Division I state titles from 2016 to 2018, and Guyer has reached the 6A Division II championship game in two of the past three seasons. On paper, it looks a showcase for some offensive fireworks, with both teams averaging at least 44 points per game.

For perhaps the first time all season, the Scots (11-0) will be an underdog against the Wildcats (11-0), who were coached last season by Rodney Webb, who has since become HP’s athletic director. His former assistant, Reed Heim, now leads the program.

The Scots looked ready for a deep postseason run a week ago, when they pulled away for a 44-27 victory over Arlington Bowie in the bi-district round. That extended HP’s winning streak to 10 in playoff openers.

On defense, the Scots posted three shutouts during their district domination, and have allowed just 10 points per game during the second half of the season.

HP has an edge in playoff experience against most foes, but that won’t be the case with Guyer, which rolled past Flower Mound Marcus 42-7 in the first round. That’s the same Marcus team that the Scots defeated 38-24 in the season opener back in August.

Dual-threat quarterback Jackson Arnold, who is verbally committed to Oklahoma, has thrown for more than 2,500 yards and 29 touchdowns while also rushing for 11 scores. Other top playmakers include 1,000-yard receiver Landon Sides along with Trey Joyner and Josiah Martin.

Meanwhile, the Scots are looking to avoid a fate similar to their most recent stint at the 6A level in 2015, when they were ousted in the second round both years by Waco Midway.

The winner of Friday’s clash will face either El Paso Eastwood or high-scoring Byron Nelson in the regional quarterfinals.