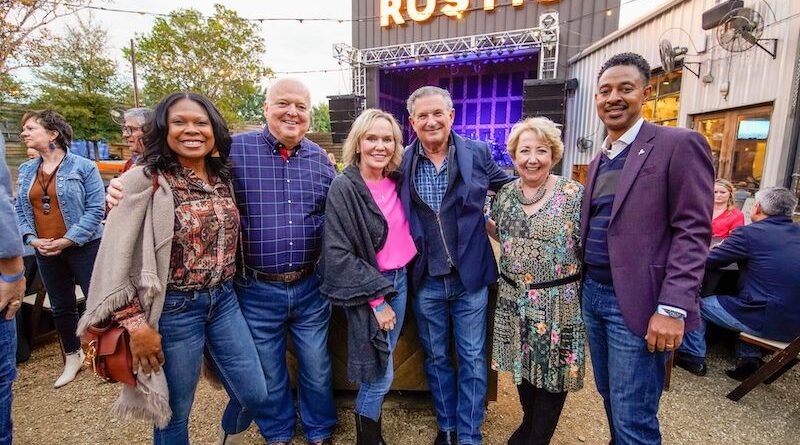 Dallas CASA’s annual Champion of Children returned to The Rustic Oct. 27 with a dinner and an outdoor performance by Cory Morrow, an Austin-based singer-songwriter.

Friends in Austin introduced Morrow to CASA (Court Appointed Special Advocates), and the mission appealed to him, so when Dallas CASA came calling for the Oct. 27 concert, he said yes.

“My heart is all in for getting kids out of bad situations,” he said.

Morrow played original songs and cover songs, as well as some old-fashioned sing-alongs.

Dallas CASA Board Chair and Dallas Mavericks CEO Cynt Marshall opened the evening’s events saying, “we want children to know they are cared about, and that’s what tonight is all about.”

Dallas CASA’s trained and supervised volunteers work to protect children and restore childhoods through dedicated, one-on-one advocacy. In 2021, 1,539 Dallas CASA volunteers advocated for 3,113 Dallas children living in the protective care of the state. As Dallas CASA CEO Kathleen LaValle said, Dallas CASA “wants to make it possible for all children to fulfill their full potential and dream those big dreams.”