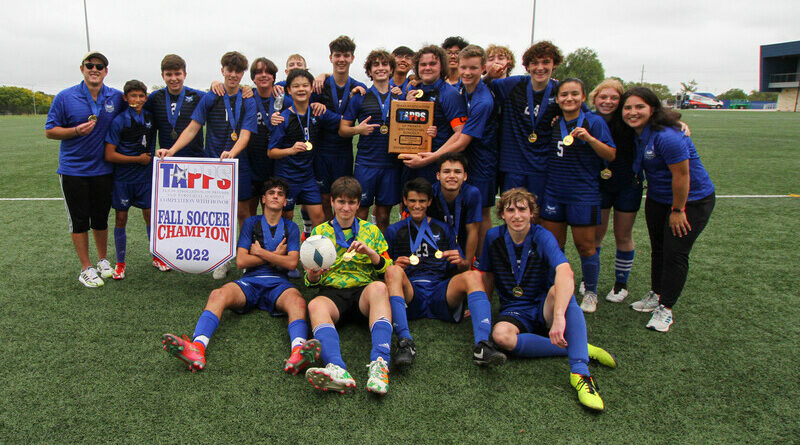 The Hawks wrapped up their first TAPPS state tournament appearance by topping Chinquapin Prep of Houston 2-0 in the championship game on Tuesday in Round Rock.

The Hawks (20-0) began postseason play with a 5-1 win over Longview Christian. Then they defeated top seed North Dallas Adventist 3-2 in the quarterfinals and shut out Yavneh Academy 1-0 in the semifinals on a game-winning header by Cooper Rau with five minutes remaining.

It continued the dominance Alcuin showed throughout the season, as the Hawks outscored their opponents by a combined margin of 77-9. Thirteen of the victories were shutouts, including nine straight during one stretch.

That equates to almost four goals per game, compared to less than 0.5 goals allowed, for an average differential of 3.4 — reflecting consistency on both ends of the field.

The breakthrough for Alcuin’s soccer program is the latest milestone for its burgeoning athletics program, which began competing at the varsity level only eight years ago.

The Hawks earned their first state tennis crown in the TAPPS 1A classification in 2021 and repeated the feat earlier this year.