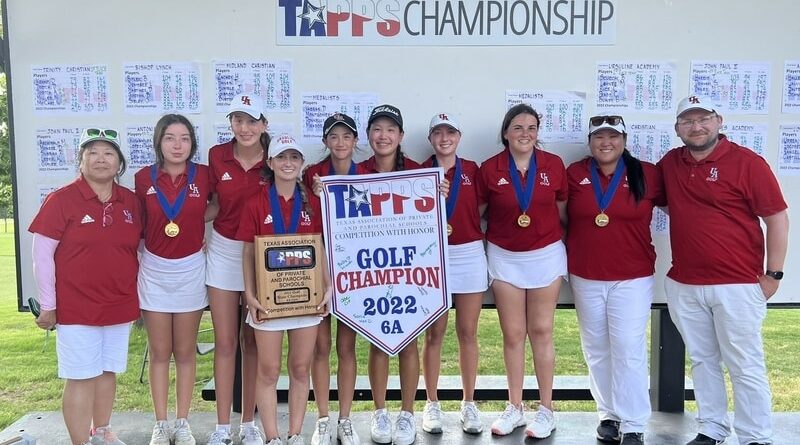 Ursuline held off a late charge by Trinity Christian to win its fourth consecutive team title at the TAPPS 6A girls golf tournament on Tuesday.

The Bears finished one shot ahead of the Trojans after holding a 14-stroke edge after Monday’s first round at Wildflower Country Club in Temple.

Ursuline has earned every state title in the TAPPS 6A division since 2018.