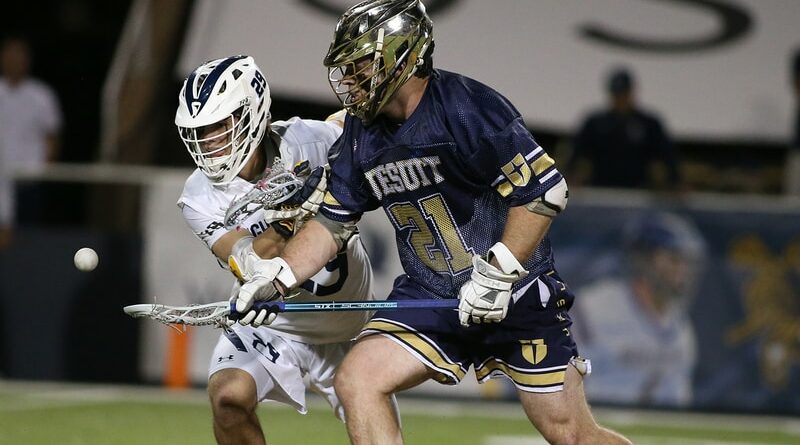 Will Reading and Jesuit will travel to the THSLL state tournament this weekend as the top seed. (PHOTO: Chris McGathey)
Preston Hollow Sports
May 5, 2022May 3, 2022 Todd Jorgenson 0 Comments

Some familiar foes will rekindle rivalries at the Texas High School Lacrosse League state tournament this weekend near Austin.

Top seed and defending champion Jesuit will be the favorite in the Class AA division. The Rangers (12-2) have a six-game winning streak and haven’t lost to a Texas opponent all season. They opened the playoffs with a 15-5 win over Austin in the quarterfinals.

Jesuit’s semifinal opponent on Saturday in Dripping Springs will be St. Mark’s, which edged Southlake Carroll 13-12 in the quarterfinals. The high-scoring Lions (12-3), who claimed their only state title in 2013, won 10 straight games earlier this season.

Second-seeded Episcopal School of Dallas lost to both Jesuit and St. Mark’s during the regular season but has momentum entering the state tournament. ESD avenged the St. Mark’s defeat in decisive fashion in the SPC championship game on April 23 before torching The Woodlands 18-5 in the quarterfinal round.

In the semifinals, the Eagles (17-2) will face Austin Westlake (13-1), which upset perennial power Highland Park by a 9-7 score in the quarterfinals. The Chaparrals might have a home-field advantage of sorts, although no team from the Austin area has won the title since 1994.

The winners of Saturday’s semifinal contests will meet on Sunday in the championship game.