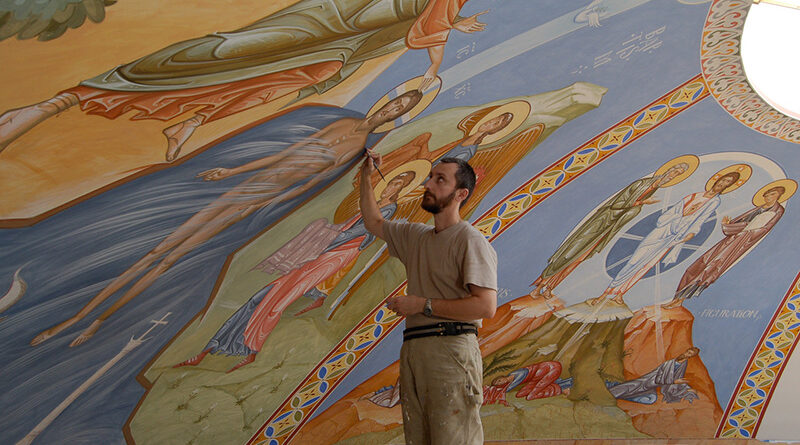 Vladimir Grygorenko came to Dallas from his native Ukraine in 2000 to paint the iconography that adorns the Saint Seraphim Orthodox Cathedral – a process that took nine years.

Grygorenko, 56, grew up in Dnipro, Ukraine, in the south-central part of the country, when it was part of the old Soviet Union and trained in mechanical engineering.

Through his painting and religious iconography, his faith grew.

“Eventually, I found God,” said Grygorenko, who was baptized in 1991 around the time Ukraine gained independence from the Soviet Union.

His work as a professional iconographer in the traditional Byzantine style eventually brought an invitation in 2000 to decorate the Dallas cathedral. The artist lived close to the cathedral located on Wycliff Avenue, near Oak Lawn Avenue, for 14 years and continues to attend services there. He’s gone on to work for various other churches around the country.

The Saint Seraphim congregation is decades old and remains the hub of devotional life for more than 300 Christians, many of Ukrainian and Russian descent.

Grygorenko is among at least 15 congregation members with relatives and friends in Ukraine. Some of his have joined the war efforts during the Russian invasion that began on Feb. 24. He phones Ukraine every day.

I know that people are united around him

Ukraine has “become extremely united,” said the artist, who, like Ukrainian President Volodymyr Zelensky, is of Jewish descent and speaks Russian as his first language.

Grygorenko had reservations after Zelensky’s election in 2019 but now praises the Ukrainian president’s leadership.

“He is not going to give up,” Grygorenko said. “He stays in the war zone. I know that people are united around him.”

The Orthodox Church in America, of which Saint Seraphim is a part, has collected donations for Ukrainian refugee relief. The donations go to a humanitarian agency of the Polish Orthodox Church, which is registered with the Polish government and assisting with the refugee crisis.

“None of it’s good,” Bishop Gerasim of Saint Seraphim said of the war. “It’s all painful. it’s destructive to our church community as well. … Right now, our focus is on helping the faithful from Ukraine.” 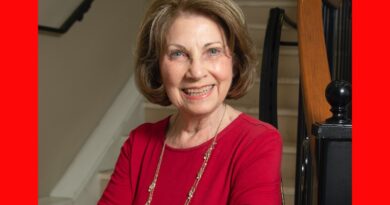 SMU 2022 Graduate Ready To Embark On Screenwriting Career At 85 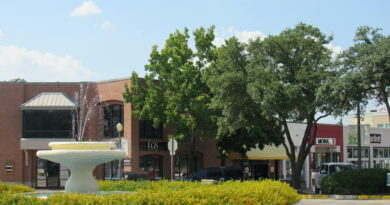 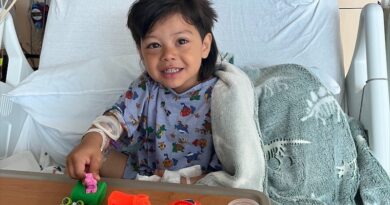 Donors Needed For Dak (And Others)