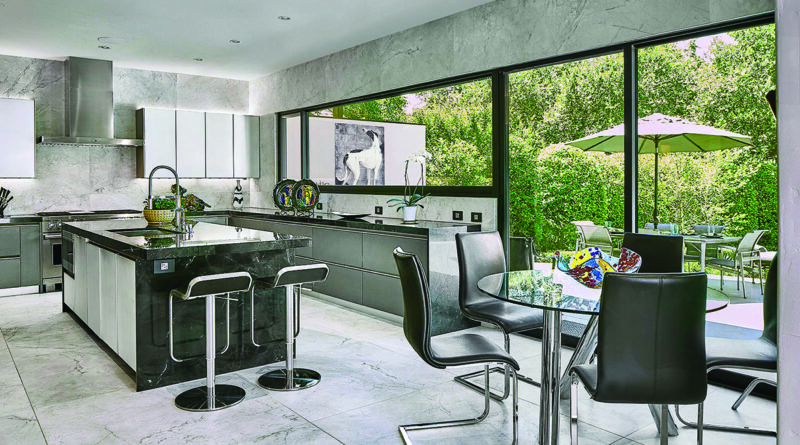 Paul has owned his home building and renovations company, Capital Renovations Group, since 1999, and Sherry joined the business and became a co-owner in 2012. The company has been building and remodeling homes in the Park Cities, Preston Hollow, Greenway Parks, Bluffview, North Dallas, Richardson, Lakewood, and Northwest Dallas for decades.

A couple of years ago, he said, Alair contacted the couple to see if they would consider joining their network of independently owned custom builders and remodelers.

“At the time, we were not interested and passed on the opportunity,” he said.

But last year, a golf tournament serendipitously reconnected them with a couple of remodelers who had joined Alair a few years before.

“We had lunch with them the following week where they shared their story with us, and we were even more compelled to learn more about this opportunity,” Paul said.

After attending a regional meeting in Naples, Florida, in July, the couple became convinced that joining the network “would be a great strategic move for the future of our business.”

The ability to combine forces with other member builders in the Dallas-Fort Worth area, plus the company culture at Alair, attracted the Zuchs. The fact that they’d still own their business while doing so sealed the deal.

“The residential building and remodeling industry is changing rapidly and is widely driven by what homeowners expect, specifically how they prefer to engage in the building process and the relationship they have with their builder,” Paul said. “Most homeowners want a builder that is a trusted advisor, a client advocate, fully transparent with budgets, actual costs, mark-ups, and plenty of options.”

Even pre-pandemic access to materials, subcontractors, and other vendors could be difficult for an independent builder, and having a larger group’s purchasing and hiring power is advantageous, said Alair DFW regional partner James Hammel.

“It’s about just being more efficient with your back-of-house resources,” he said. “As a builder, I have a lot more going on behind the scenes as you get bigger and bigger, and you do less of what you actually love to do.”

And for Paul and Sherry, the network’s support comes when opportunities are ripe in Dallas, but the ability to execute is more difficult.

“I don’t think I’ve ever seen a more challenging time,” Paul said. “There’s more opportunity right now because the market is so great here, and there’s so much work and projects. But there’s a severe shortage of labor, and the supply chain issues were impacting our business, too, and permitting.”

Now that they’re part of the Alair network, they have better buying power and a “much broader bench of potential trade partners,” he said.

“Now, we’re actively doing a lot more volume at work. We’re getting the attention of a lot of suppliers. Major manufacturers want to do business with us.”