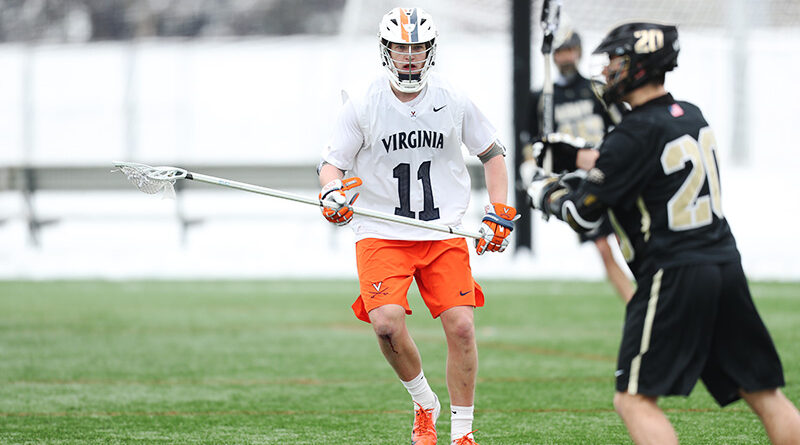 It seems whatever sport Cade Saustad plays, and wherever he plays it, championships follow.

Saustad is still best remembered at Highland Park for all the passes he caught and all the points he scored, as a leader on back-to-back football championship teams in 2016 and 2017, when he set multiple school receiving records.

However, at the college level, Saustad has thrived by keeping points off the scoreboard. He’s emerged as one of the country’s elite defensemen in lacrosse and a key reason why Virginia has earned back-to-back NCAA tournament titles.

I wanted to choose the best experience.

“As a defender, you’re not scoring or making highlight plays,” said Saustad, a redshirt junior and team captain. ‘You’re trying to stop someone else from making those highlight plays.”

With his 6-foot-5 frame, Saustad was one of the top defensive recruits in lacrosse after a standout four years for the Scots, which included a state title in 2015.

Saustad became a valuable contributor almost immediately for the Cavaliers as a freshman in 2019, scooping ground balls and stifling opposing attackmen, culminating with a victory over Yale in the national championship game.

Last season, he garnered honorable mention All-American honors while marking some of the country’s top players, including Georgetown’s Jake Carraway and Maryland’s Jared Bernhardt. After an underdog tournament run, Saustad and the Cavaliers again hoisted the trophy in May.

“Our team defense did a really good job supporting each other,” Saustad said. “That was definitely a special season.”

But repeating that success wasn’t as simple as following the same formula, as Saustad missed the entire 2020 season with an injury — a year that wound up being shortened anyway by the COVID-19 pandemic.

“It was just a confidence thing for me. I was trying to get back as soon as possible,” said Saustad, who focused on improving his diet while rehabilitating the injury. “It had been a long time since I played, and I was super-excited. It took me a while to learn how to play again to my full ability and feel comfortable.”

Three years ago, Saustad became the first Texas native to play lacrosse for Virginia. Now there are four Texans on the roster, including fellow HP alum Thomas Mencke. The Cavaliers open the season on Feb. 5 against Air Force.

“I wanted to choose the best experience,” Saustad said. “I chose lacrosse because I enjoy the entire experience more, and I knew that going to UVA, I would have a better chance of achieving that feeling I had playing football in high school.” 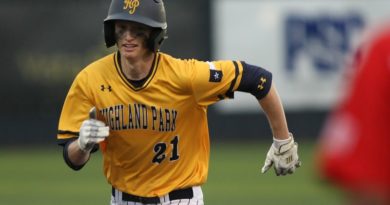