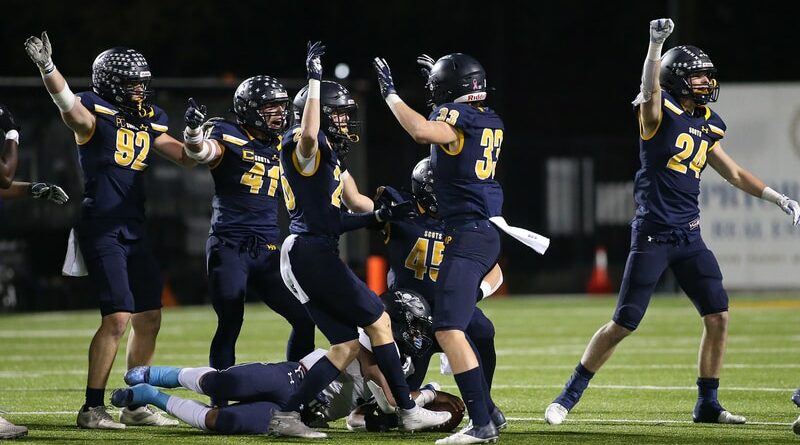 Separated by just a few miles on the Dallas North Tollway, Highland Park and Jesuit are now neighbors in the new District 7-6A, too.

The idea became possible when the Scots learned they would be moving to Class 6A for the next two years. And on Thursday, the UIL made it official with its biennial realignment announcement.

The district will cover football, volleyball, and basketball only, meaning it will be an eight-team league for volleyball and girls basketball, minus Jesuit. It will take effect for the 2022-23 and 2023-24 school years.

Although an alignment has not been finalized yet for sports such as baseball, softball, track and field, tennis, and golf, the lineup should remain consistent. New district assignments for sports such as swimming, wrestling, and soccer will be unveiled later.

Of the nine football teams, only three posted winning records last season — HP, Jesuit, and Lake Highlands. In addition to a first-ever meeting with the Rangers, the renewal of the Pearce rivalry should be a highlight for HP.

From Jesuit’s perspective, the district remains unchanged from the 7-6A alignment of the past two seasons, except for the addition of HP. The Rangers have gone 13-1 in league play during that stretch, including an undefeated run to the district title in 2021.

The Scots were most recently in the 6A classification in 2015. Since then, they have won three 5A Division I state titles. However, this year, HP reported an enrollment just above the 5A/6A cutoff line of 2,225, which triggered the shift.

With eight district games, the schedule will only have room for two nondistrict contests for each school. Complete 2022 schedules likely will be finalized in the coming days.

In Dallas ISD, W.T. White will look to extend its two-year postseason streak in a challenging nine-team football grouping in District 5-5A Div. I. The Longhorns will be matched up against Bryan Adams, Molina, Sunset, Carrollton Creekview, Carrollton R.L. Turner, Mansfield Timberview, Birdville, and Richland.

For basketball and volleyball, WTW and Hillcrest will be situated together in District 11-5A alongside Thomas Jefferson, Adamson, Kimball, Molina, South Oak Cliff, Sunset, and Woodrow Wilson.