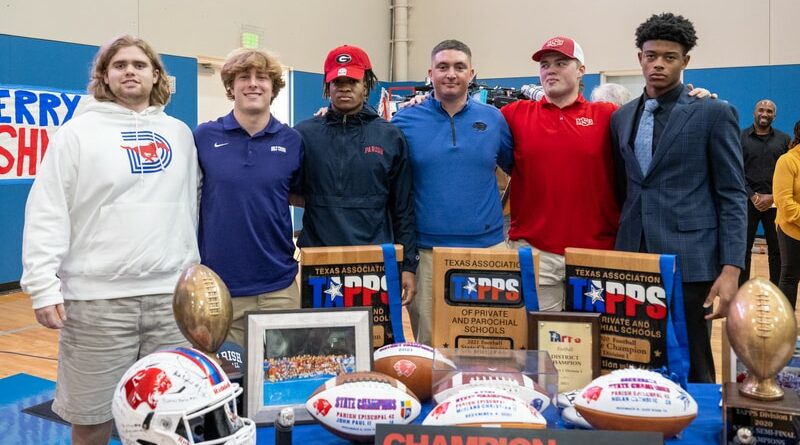 As Andrew Paul carved up defenses for more than 2,500 rushing yards and 42 touchdowns this season, some of the country’s top college football programs began to take notice.

That includes defending national champion Georgia, which signed the Parish Episcopal running back on Wednesday, ending Paul’s recruiting saga with a dramatic reveal in front of well-wishers and cameras during a ceremony at the school.

Paul, who transferred from Keller to Parish two years ago, became the bellcow for the Panthers during their run to a third consecutive TAPPS state title. He averaged more than nine yards on 274 carries, and gained almost 200 yards per game.

After being named the TAPPS Division I season MVP, Paul chose Georgia over a list of suitors that included Clemson, Michigan, Auburn, Oregon, and others.

It’s the second consecutive year that Parish has made a huge splash on the national recruiting scene following decorated quarterback Preston Stone signing with SMU after the 2020 season.

Four of Paul’s state championship teammates were recognized on National Signing Day, too, for their college commitments. They include receivers Blake Youngblood (Holy Cross) and Nathaniel Hill (Villanova), and offensive linemen Hayden Weber (Midwestern State) and Hunter Ryan (who will be a preferred walk-on at SMU).