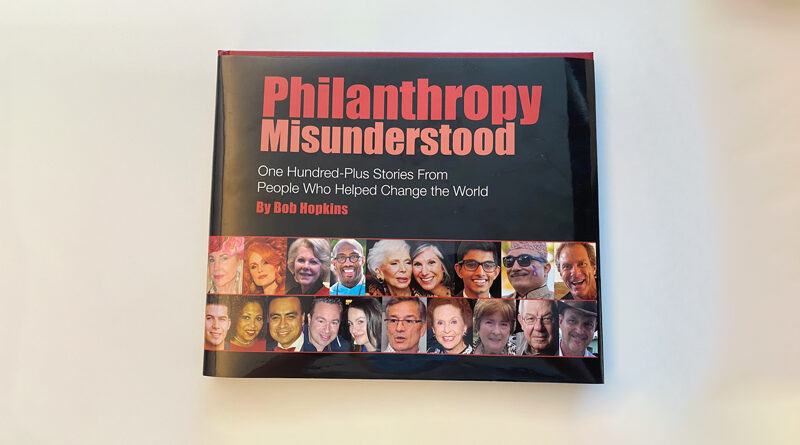 Entering the world of philanthropy doesn’t mean having to throw exceeding amounts of money at problems.

Philanthropist and former magazine publisher Bob Hopkins describes it differently in his book Philanthropy Misunderstood: One Hundred-Plus Stories From People Who Helped Change the World.

He clarified that although philanthropy is often associated with affluence, its bottom line is the “love of mankind.”

An abundance of experiences throughout the 40 years Hopkins has spent in the nonprofit sector led him to create the book of essays from him and others. It includes 108 stories of people Hopkins knows who abetted the gradual process of transformation in the world.

“Please help me in thanking them again and encourage them to keep up the work that changes behaviors, the passions that grow into ideas, and causes that make a difference,” Hopkins wrote.

Many years ago, Hopkins was beginning to open Philanthropy in Texas magazine when he met Debbie Makrazek, the CEO and founder of the Sales Company.

She taught him how to network and create a circle of influence “made up of people who need people to succeed in life and business.”

Other stories in the book include Dr. Ken and Deborah Adams and their three children, who Hopkins met in 2013 while teaching a children’s class about philanthropy.

Six years later, the Adams family raised over $1.6 million to build water wells in about 20 countries and traveled internationally for eight months fueled on “faith, trust, and experience.”

Opus was auctioned off to the couple to raise money for children’s musical instruments at the Dallas Symphony Gala.

Later, after Opus swallowed a golf ball and had to have surgery, Hopkins convinced the ball’s owner, an executive with Republic Title, to make a $2,000 donation to the Dallas Symphony Orchestra.

But it doesn’t stop there: Opus became a little boy’s hero by serving as a stand-in for “Air Bud” during a Make a Wish Foundation experience based on the Disney movie series.

Despite the troubles of our world, people still care for the wellbeing of others, said Hopkins, who sees philanthropy as not necessarily about the cause.

Donors seek gratification by helping to improve society and strengthen the community, he said, adding “they are able to express their appreciation by giving to good causes.”

Sophia Wilson is a senior at Highland Park High School who likes to write and dance. 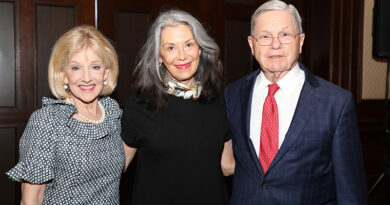