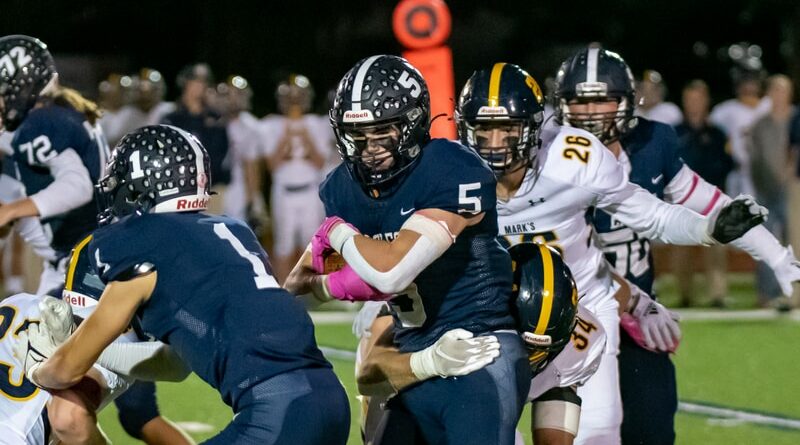 Episcopal School of Dallas has a chance this weekend to culminate perhaps the best football season in school history with a championship.

After skipping last year due to the COVID-19 pandemic, the SPC fall tournament returns this weekend to various campuses in Dallas. Conference titles will be decided in football, volleyball, field hockey, and cross country.

The unbeaten Eagles (10-0) will face Houston Kinkaid for the large-school football crown at 1 p.m. Saturday at Jesuit’s Postell Stadium. ESD will seek its first championship since 2014, and its first ever in the 4A classification.

ESD climbed to the top of the SPC this season by defeating all four of the league’s traditionally strong Houston schools, including Kinkaid (8-2). That 31-21 victory came Oct. 8 in Dallas.

The small-school championship game on Saturday night will feature Cistercian against undefeated The Woodlands John Cooper.

Action in volleyball and field hockey gets underway Thursday. ESD will host most of the girls volleyball matches, with Hockaday as one of the top seeds.

Boys volleyball will take place at Greenhill, where the host team will be among the favorites. The field hockey tournament at Hockaday also is expected showcase the host school prominently.

Runners from St. Mark’s and Greenhill will look to defend their 2019 championships in cross country, which will take place on Saturday at Norbuck Park.