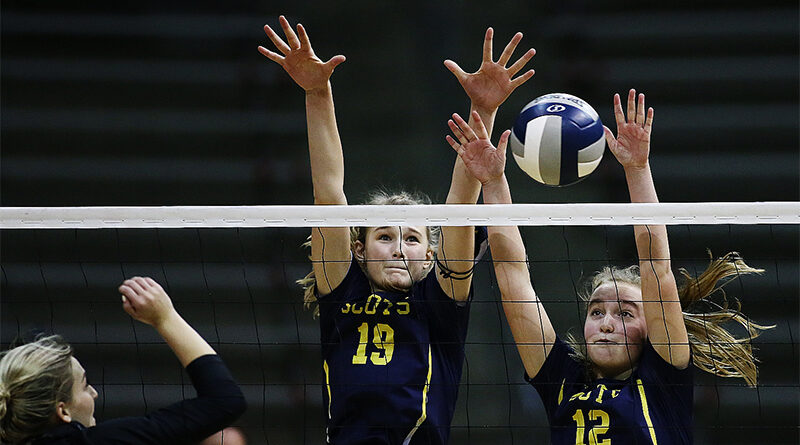 Highland Park’s starting lineup will look quite familiar this season. And that has the Lady Scots feeling optimistic.

Eleven players return from last year, and most of them have played multiple seasons at the varsity level, making this HP squad as deep as it is seasoned.

“We return a lot of experience and a lot of talent,” said longtime HP head coach Michael Dearman. “We’re really excited about the leadership.”

The Lady Scots ended the 2020 campaign with a five-set loss to Midlothian in the third round of the Class 5A Region II playoffs — a match in which HP won the first two sets.

“We certainly were disappointed. That loss fueled our offseason. The girls got a lot stronger and faster,” Dearman said. “We feel like the region is wide open, more so than it has been. Because of that, we’re in a really strong position. There’s a great opportunity in front of us.”

The returnees are led by four-year players Emily Hellmuth, who is verbally committed to Pepperdine, and Presley Wright, who plans to play beach volleyball in college at South Carolina.

Sydney Breon was named the District 13-5A most valuable player last year as a sophomore, while Ceci Gooch will be back on the court after missing last season with an injury. Also back are setter Gracie Braner and defensive specialist Bela Alomar.

With so many veterans on the roster who know the system, Dearman can focus on evaluating where newcomers will fit into the rotation during early-season practices and tournaments.

“It’s going to be easy to ramp up quickly. The newer players will have time to learn,” he said. “It allows us to put a lot of focus on our younger players, using our experienced players as mentors. That will pay dividends later this year and beyond.”

Everyone has benefited from a full offseason after the COVID-19 pandemic caused scheduling chaos in 2020, including the elimination of tournaments.

This year, after their traditional season opener against Red Oak, the Lady Scots will face tough opponents at tournaments in Rockwall, Justin, and Leander, where they will be part of the prestigious Volleypalooza event for the first time.

“We schedule the toughest competition we can,” Dearman said. “It’s going to be great to start the season with a little bit of lead time and then hit the ground running.”

Plaza Style Returns to The Plaza at Preston Center