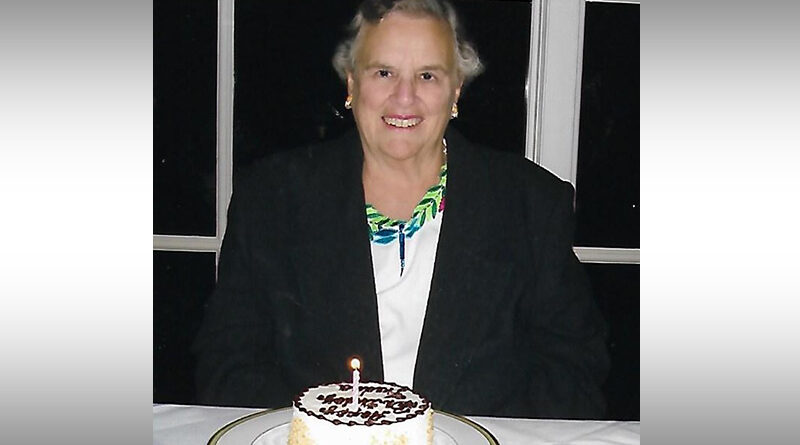 Fredna Anne Stewart, (Fredna) 85, died peacefully at her home on Sunday, May 30, 2021. She was born November 1, 1935, in Dallas, Texas, the daughter of Fred and Velma (Amarine) Schroeder. She married Nigel Charles Stewart (Rod), July 10, 1954, and together they enjoyed raising their family and their cocker spaniels in the Park Cities along with enjoying their many enduring friends. She was a lifelong resident of University Park and graduated from Highland Park High School at mid-term 1951. She attended the University of Texas – Austin, where she pledged Delta Zeta Sorority and became an avid fan of Longhorn Football. After her marriage to Rod, she enrolled at Southern Methodist University and obtained her BA degree, Class of 1955.

Fredna was involved in her children’s lives in a wide variety of activities. She was an avid gardener and a voracious reader of drama, mysteries, and the daily newspaper. She loved the outdoors and spending time boating and relaxing at their lake house on Lake Tawakoni. Fredna and Rod were football mavens enjoying many weekends with a Highland Park game kick-off on Friday evening, followed by either a Longhorn, SMU, or TCU game on Saturday and a Cowboy game on Sunday! Travel was also a great passion with many trips to all parts of the country and the world. They were always happy to return home with a welcoming Tex-Mex dinner and Dr. Pepper! When they weren’t traveling, she and Rod were dedicated swimmers and would have early morning swims as soon as the pool opened at the Park Cities YMCA in the wintertime and the University Park Pool in the summertime. Fredna and Rod were early members of Saint Michael and All Angels Episcopal Church in Dallas, where she served on the Altar Guild and Choir Guild. After their children graduated high school, they changed their membership to Church of the Incarnation Episcopal Church, Dallas, and Fredna served on the Altar Guild and Vestry Leadership. Fredna was a Lifetime Member of the Highland Park High School Alumni Association, University of Texas Alumni Association, Delta Zeta Sorority, Park Cities Club, Brook Hollow Golf Club, Park Cities YMCA, and Church of the Incarnation Episcopal Church.

The Stewart Family would like to express their deepest gratitude to the excellent care provided by Lucia Martinez, Carol Collins, Nyijah Crawford, Eva Wairimu, Patrose Montet, Lucille Gatume, Nancy Brady, and all others that showed such compassion in Fredna’s care. Visitation will be held from 5 p.m. to 7 p.m. Monday, June 7, 2021, at Sparkman Hillcrest Dallas. The funeral service will be held on Tuesday, June 8, 2021, at 3 p.m. at Saint Michael Episcopal Church Dallas. After the funeral service, a Celebration of Life dinner reception will be held at The Park City Club.