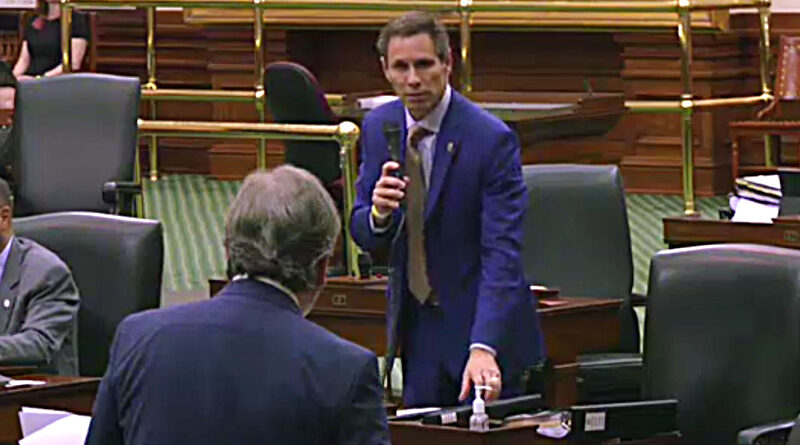 Around 2 a.m. Saturday, the Texas Senate passed a new version of a house bill that some have touted as being anti-critical race theory — despite the fact that the phrase never graces the text of the bill.

State Sen. Bryan Hughes (R-Mineola) introduced a re-worked version of House Bill 3979. Normally, the bill is introduced by its sponsor — in this case, State Sen. Brandon Creighton (R-Conroe), but Creighton was still recovering from the aftereffects of a car accident.

The Senate approved the bill along party lines, 18-13. The version approved Saturday morning will go back to the Texas House, where members will vote to accept it and send it on to Gov. Greg Abbott, or call for a conference committee of members of both the House and the Senate to reconcile the differences.

The two chambers have until midnight May 30 to work out their differences.

(Read: Our continued coverage of the 87th Texas legislature)

A lot of familiar ground was covered in last night’s debate, but some new points were made, too.

At several points in the hours-long debate, Hughes referenced Highland Park ISD, claiming that the district was teaching from a book called Not My Idea: A Book About Whiteness, written by Anastasia Higginbotham.

Hughes and other lawmakers have frequently referred to HPISD and the book throughout the discussions around HB3979 and its companion bill, SB 2202, with nobody really challenging them on it.

Until, that is, Friday night, when two lawmakers challenged the assertion — first, on its factual basis, and second, on the contents of the book.

State Sen. Borris Miles (D-Houston) took Hughes to task about the contents of the book, asking him if he had read it.

Miles asked Hughes if he aware that Higginbotham was a white woman.

“The purpose of the book was to teach white children how to dismantle white supremacy,” Miles said. “What she was doing to this book was putting it in white, well-heeled communities, so she could teach those children and the cycle could be broken.”

Miles also pointed out that while the first Lincoln-Douglas debate was added to the bill’s list of “foundation” texts, the second (“that one’s not as rosy,” he said), was not.

“My point is that we cannot just pick and choose what we are going to teach as history and expect to change things and make things better,” Miles said. “It doesn’t work that way.

Miles then proceeded to read out loud a passage from the book that pertained to its purpose.

“We have to stop living a lie, and we have to start addressing the realness of how we got here today,” he said in closing.

The bill being sent back to the House differs from the bill state representatives sent the Senate in a few ways — but it’s still a vaguely worded bill, and last night’s debate didn’t provide any answers to some of the bigger questions educators have about it.

The new version requires the State Board of Education to develop new Texas Essential Knowledge and Skills (or TEKS) for civics and social studies education, and includes a provision for a teacher training program that will start in the 2022-23 school year. Teachers will receive a stipend that will be paid by the state — not their district, Hughes said.

But the bill goes into effect in the 2021-2022 school year, meaning districts will likely find themselves footing the bill for the first year of sussing out what the new law actually requires of them, and training teachers.

(Read: Ready for a Fight)

In fact, Dallas ISD Superintendent Michael Hinojosa said earlier in the week that the district was already doing that.

“I’ve already hired lawyers to help me interpret what I can and can’t do,” he said. “I’m a rule follower — I follow the rule of law, and I don’t know what that law is until it gets interpreted.”

The fiscal note for Creighton’s companion bill advised that there was no financial impact for that bill.

Saturday morning, Miles asked Hughes about a fiscal note for HB3979, since it does speak of a stipend for teachers.

“This bill will eventually have a fiscal note … just not in this upcoming biennium,” Hughes explained.

In other words, funding for this provision won’t come for two years.

The new version also brought back specific “foundation texts” such as the Declaration of Independence, one of the Lincoln-Douglas debates, and the Federalist Papers. It removed about two dozen subjects and writings House Democrats had added to HB3979.

Hughes insisted that the TEKS would address those subjects, because the TEKS already did, and amendments by several senators that attempted to add texts from women and people of color to the newest version of the bill failed.

Sen. Royce West (D-Dallas) said that the texts chosen as foundation were not selected with input from a diverse audience.

“There were documents that were chosen, not by Hispanics, not by African Americans in this body, but by Anglos,” he said. “No input from us in terms of what founding documents should in fact be considered by all children in this state.”

West did manage to get an amendment passed that requires the TEKS to address the Federal Civil Rights Act of 1964; the 13th, 14th, and 19th amendments; and “the complexity of the historic relationship between Texas and Mexico, and the diversity of the Hispanic population.”

The bill still requires teachers to explore current events from varying perspectives, “without giving deference to any one perspective.” It also still prevents students from getting course credit for civic engagement efforts.

Legislators also questioned whether this bill would imperil teachers who ventured into discussions that upset one or two students, just because of the subject matter. With its vague language, some worried that parents and students who disagree with a teacher could use the new law to target educators, even when those educators are using primary sources and texts that are widely accepted.

“We’re about to tell our teachers and our school communities that we just don’t trust them, and in the process we shortchange millions of Texas students,” said State Sen. José Menéndez (D-San Antonio).

Among other things, the bill prohibits teachers from introducing lessons that could cause a student to “feel discomfort, guilt, anguish, or any other form of psychological distress on account of the individual’s race or sex.”

On social media, discussions about the bill are already attracting comments from some parents who say they’ll be ready to report teachers they feel have committed infractions.

However, it’s not clear in the bill who exactly one would report a teacher or school to, or how these requirements would be enforced.

“You are putting teachers in the crosshairs,” West said.

Where did the bill come from?

State Sen. Carol Alvarado (D-Houston) asked Hughes early on in the debate if he was aware of how many opposed the bill, reporting that there have been more than 11,000 phone calls and emails in opposition.

“We left out students and teachers and experts and historians,” she said of the lack of input into the bill.

West went further into the genesis of the bill.

“The génesis of this bill is Trump’s Executive Order,” he said. “Let’s stop pretending.”

State Sen. John Whitmire repeatedly asked Hughes the source of the bill’s text and documents, but Hughes continued to dodge.

However, a side-by-side comparison of some of the language in the bill and the Trump Executive Order reference by West shows nearly identical language, including its definition of divisive concepts.

But a closer examination reveals that the original bill is more likely from boilerplate language written by Stanley Kurtz, a senior fellow at the Ethics and Public Policy Center and endorsed by the National Association of Scholars, a non-profit conservative advocacy group that has lobbied repeatedly about what is taught in civics classes.

Kurtz wrote about his bill for the National Review, insisting that teachers needed parameters because they might be tempted to discuss current events with an eye toward indoctrination.

“Once the radicals in Biden’s Education Department get $6 billion worth of grants from the Civics Secures Democracy Act to play with, they will force mandatory political protests (action civics) and cures for ‘whiteness,’ ‘Euro-centrism,’ etc. (Critical Race Theory) on virtually every state and school district in the nation,” he warned.

To view the entire debate, click here, and fast-forward to the 1:33 mark. 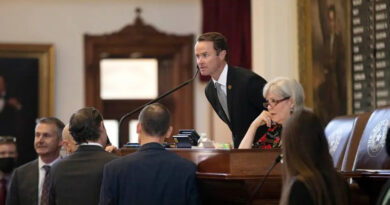 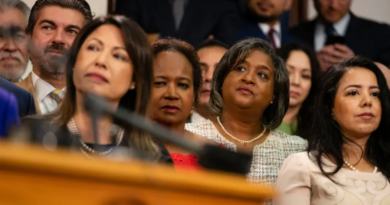 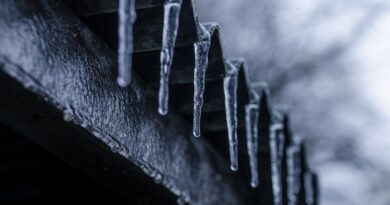