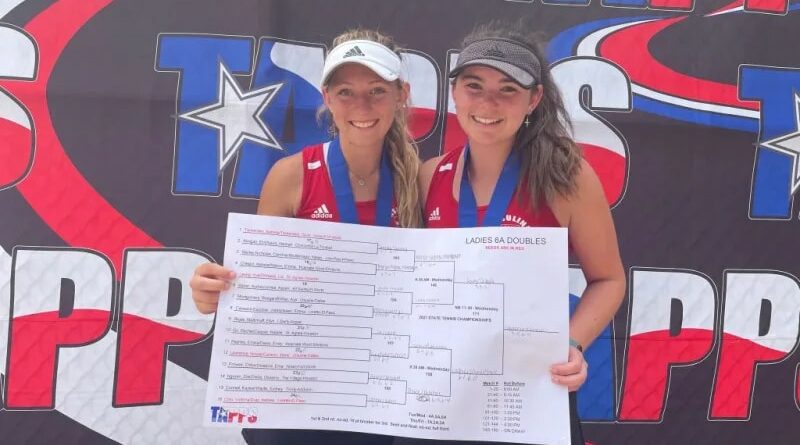 The Ursuline tandem of Nicole Lawrence and Marlo Caracio won a girls doubles title at the recent TAPPS 6A state tennis meet in Waco.

Lawrence and Caracio topped a duo from Houston St. Agnes in straight sets in the championship match. They did not lose a set in any of their three matches at state.

Plus, the Bears were the runner-up in the 6A girls team standings after Stephanie Untermeyer advanced to the finals in the singles bracket.